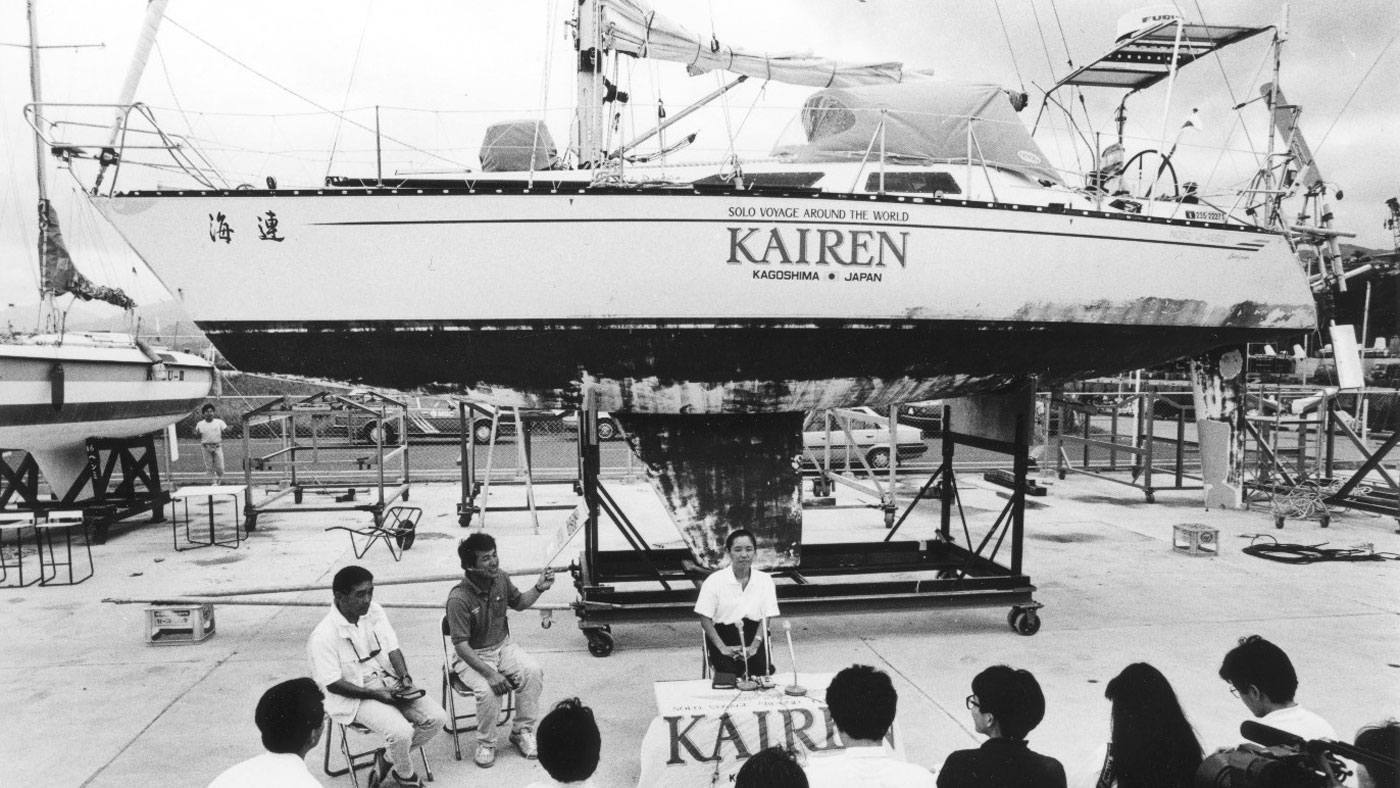 To have had the possibility to be active in a branch like yachting business has been a privilege and honor. To have the possibility to work together with, in my opinion, the best boatbuilding team, some of the best designers, subcontractors, and most of all many super interesting clients, is an experience that is not available to many of us.

Also, to get an insight into different cultures has been a privilege. One country that perhaps stood out slightly more than average is Japan. At one stage we had a good representative in Japan and during that time, we managed to sell a good number of yachts. At that time, the yachting business in Japan, was somewhat limited due to lack of marinas, probably still so today. In the marinas that existed most of the berths was for relatively small size yachts and this resulted in that most of the yacht we sold to Japan was from the smaller end. The lack of places in marinas pushed the cost up and the story was that the price of a marina berth was substantially higher than the prices of the yacht.

One interesting individual that I had the pleasure of meeting a few times was a young lady, Kyoko Imakiire.  She had obtained a slightly used Baltic 35 and, with the assistance from a few sponsors, planned to make a solo nonstop sailing voyage around the world.

She was a very nice, quiet, low key, person and my first impression were slightly doubtful regarding her possibilities to manage such a great challenge. I was informed that this was not her first long-distance single-handed sailing, so she did have potential to live up to the expectations. But no doubt that she was facing an enormous challenge. My doubts, regarding her, were to be proven wrong.

The Baltic 35, named Kairen, was equipped, and prepared for the voyage and Miss Imakiire started on her journey. 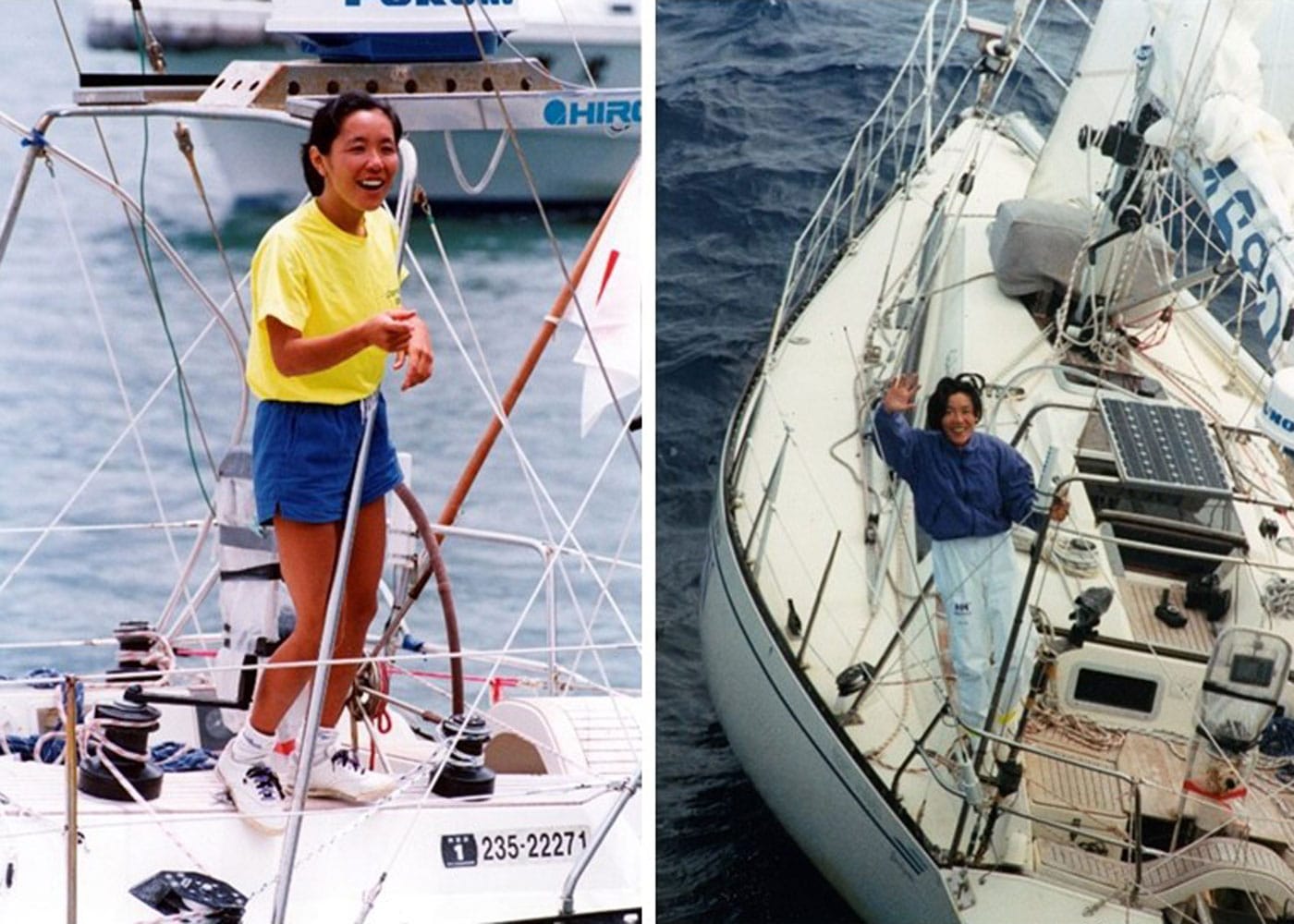 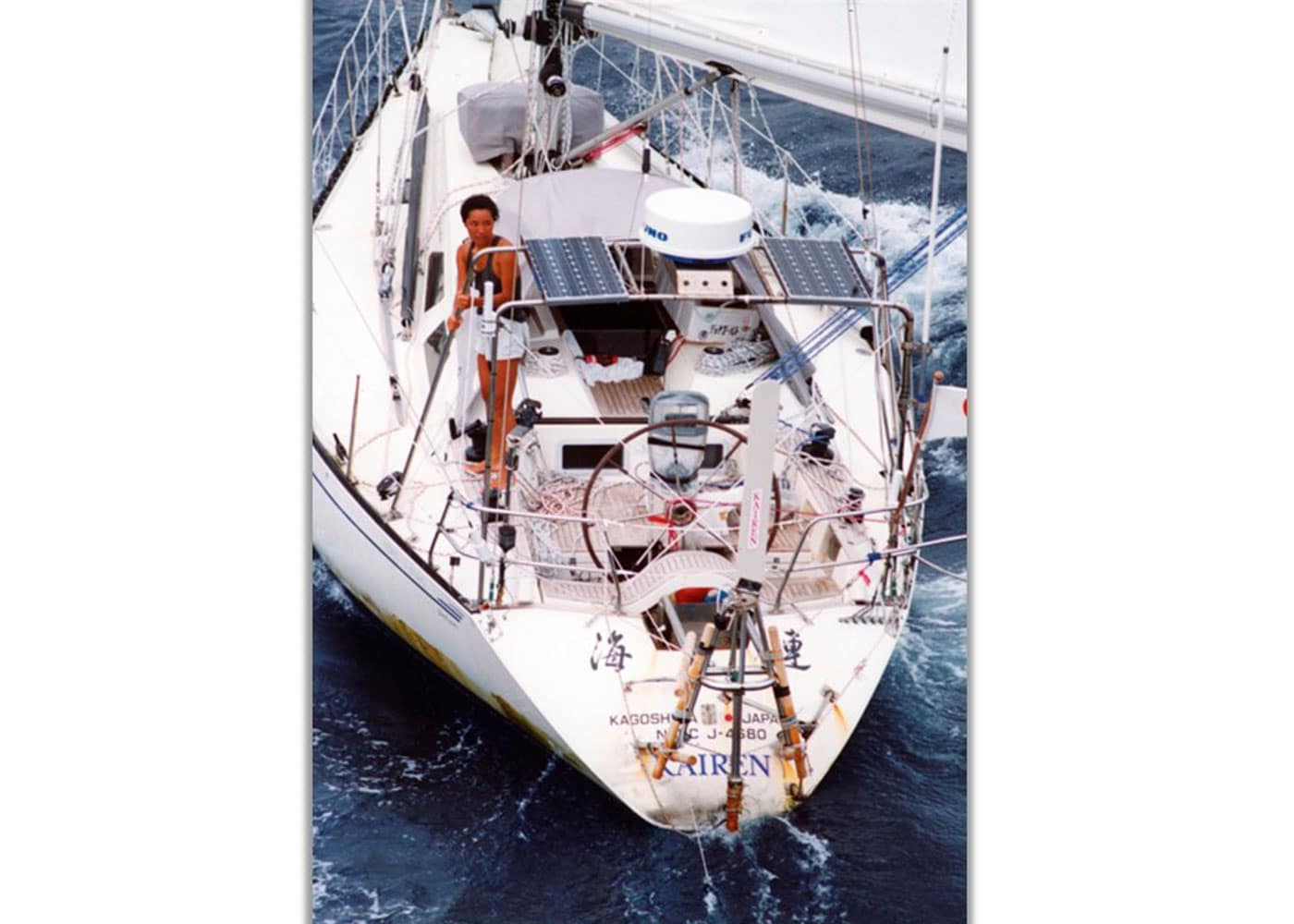 During the Tokyo Boat show, that year, Kairen was the main attraction. Miss Imakiire and the yacht Kairen was by this time a famous package in the Japanese sailing world and the publicity created was undoubtedly also very good for Baltic Yachts.

I was personally present during the Tokyo show and had the opportunity to talk and discuss her adventure. She was still a very nice, quiet, low key, person. The accomplishment did not change her very much as a person with perhaps a slight boost of self-confidence.

To be able to accomplish something like this takes naturally high physical strength but I would imagine that the mental strength required must be enormous.

I can only imagine, 33.500 miles and alone, on the sea, for 277 days, that takes a very special individual to accomplish.

Another client, from Japan, who gave us a special memory was one of our Baltic 43 customers.  This Baltic 43 was ready for delivery autumn 1993. The client wished to visit and check his yacht prior to delivery but also mentioned that he would like to have a special Japanese ceremony to take place wishing the yacht happiness and success.

We were informed that he would visit us together with his wife and one of his friends that happened to be a Shinto priest.

They arrived at our yard and the first day visited the yacht and were happy with the result. In the evening we invited them for dinner that turned out to be very special and memorable event. 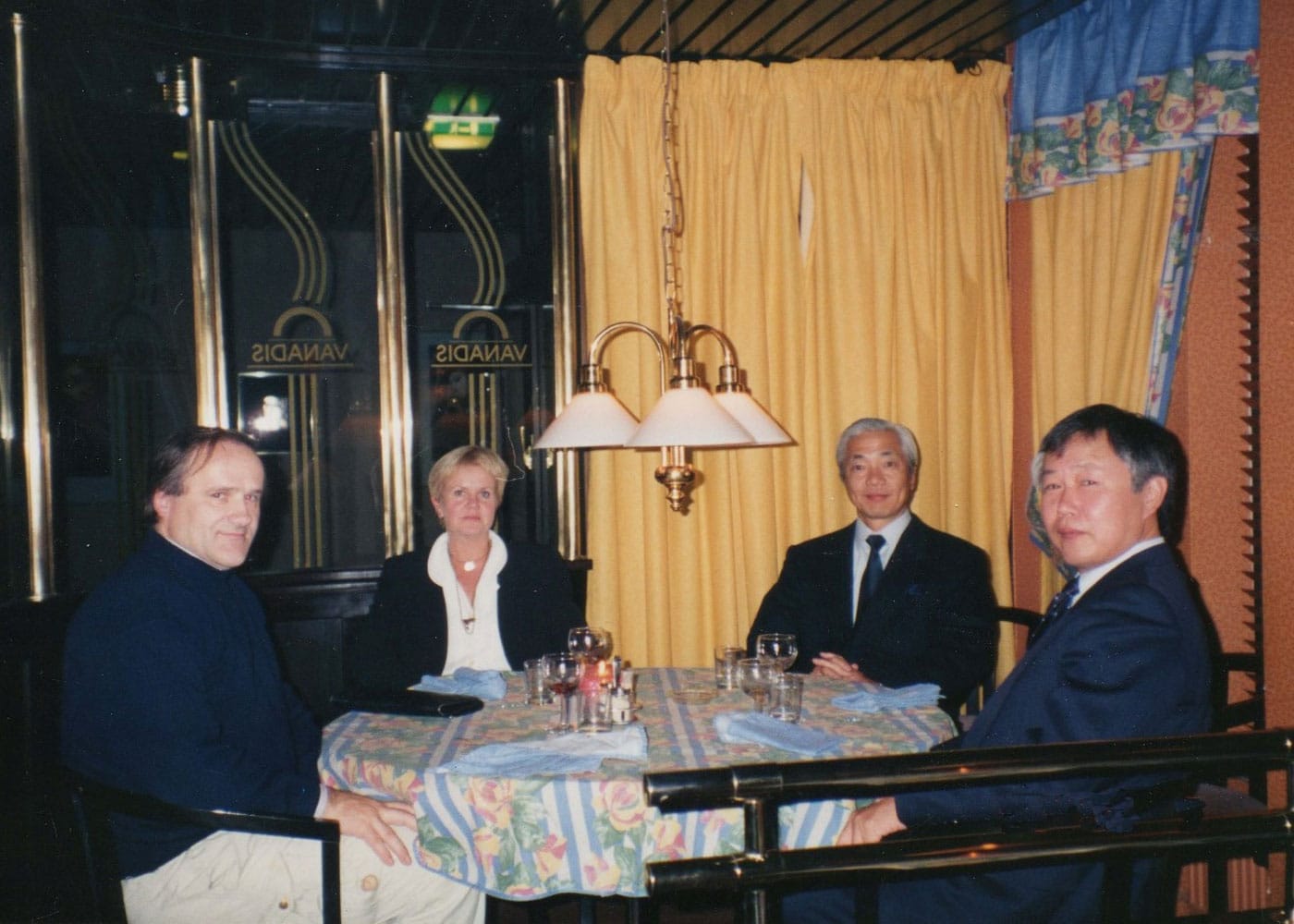 Halfway through the dinner the priest asked if he could sing a song for us. We found out that the Shinto priest was a very special person. One of his hobbies was singing classic, type opera from the western part of the world.

The song that he performed was the Finlandia hymn. This is a very special hymn for us, composed by one of our internationally know composers, Jean Sibelius. It is one of the most important national songs of Finland. Although not the official national anthem of Finland, it has been continuously proposed as such.

And this is what he sang and in the Finnish language. We very much appreciated this gesture but, in all honesty, it was after they left that we really realized how much effort he had put into this performance. To learn this song and especially learn the Finnish words had required a huge effort.

A very nice, special gesture and very much appreciated.

The next evening, we had the special ceremony at the yard to bring happiness and success to the customer’s yacht including naming the yacht: BiBi

Invited to this event was all the people, including families, that had been involved in producing this beautiful creation. 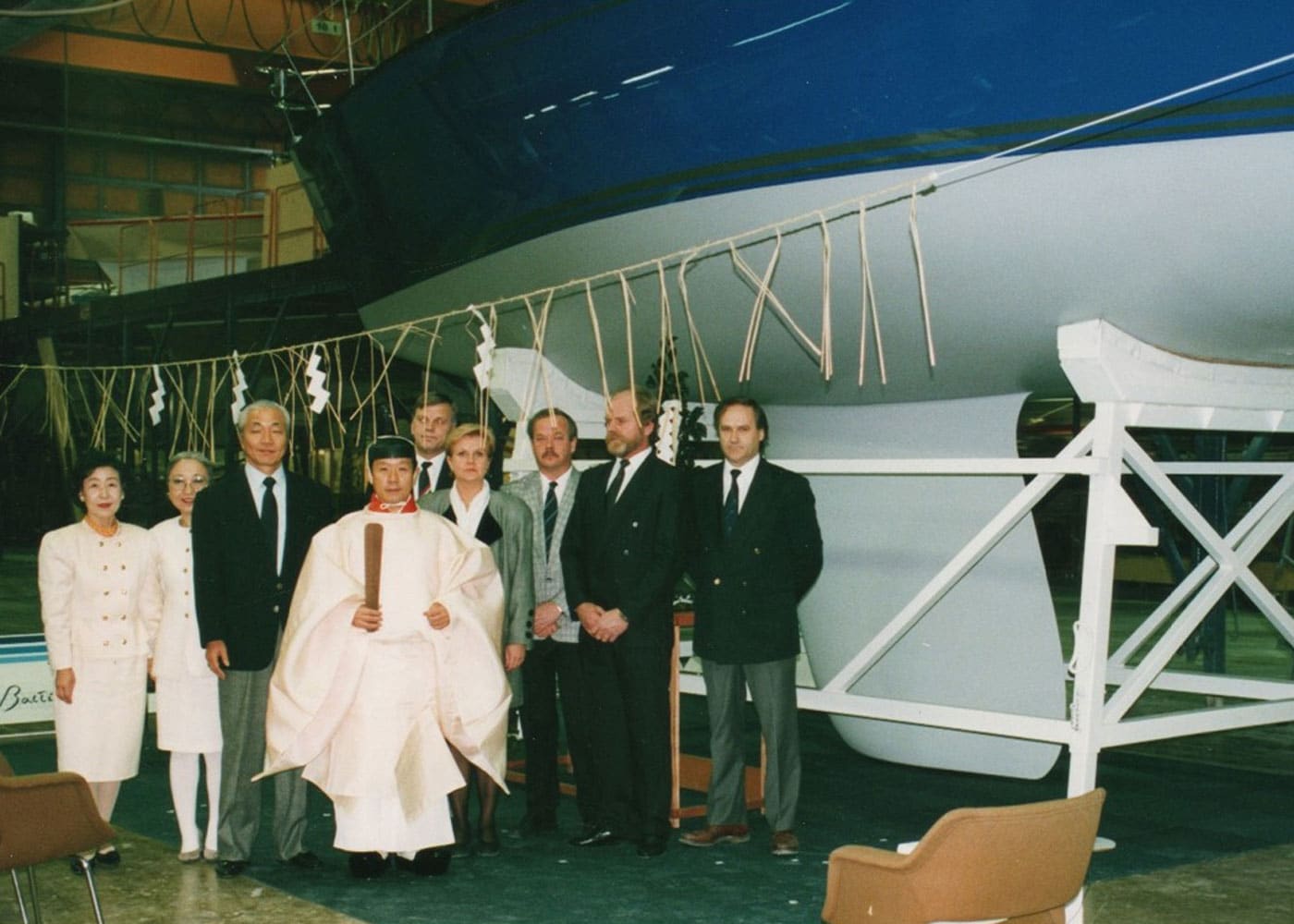 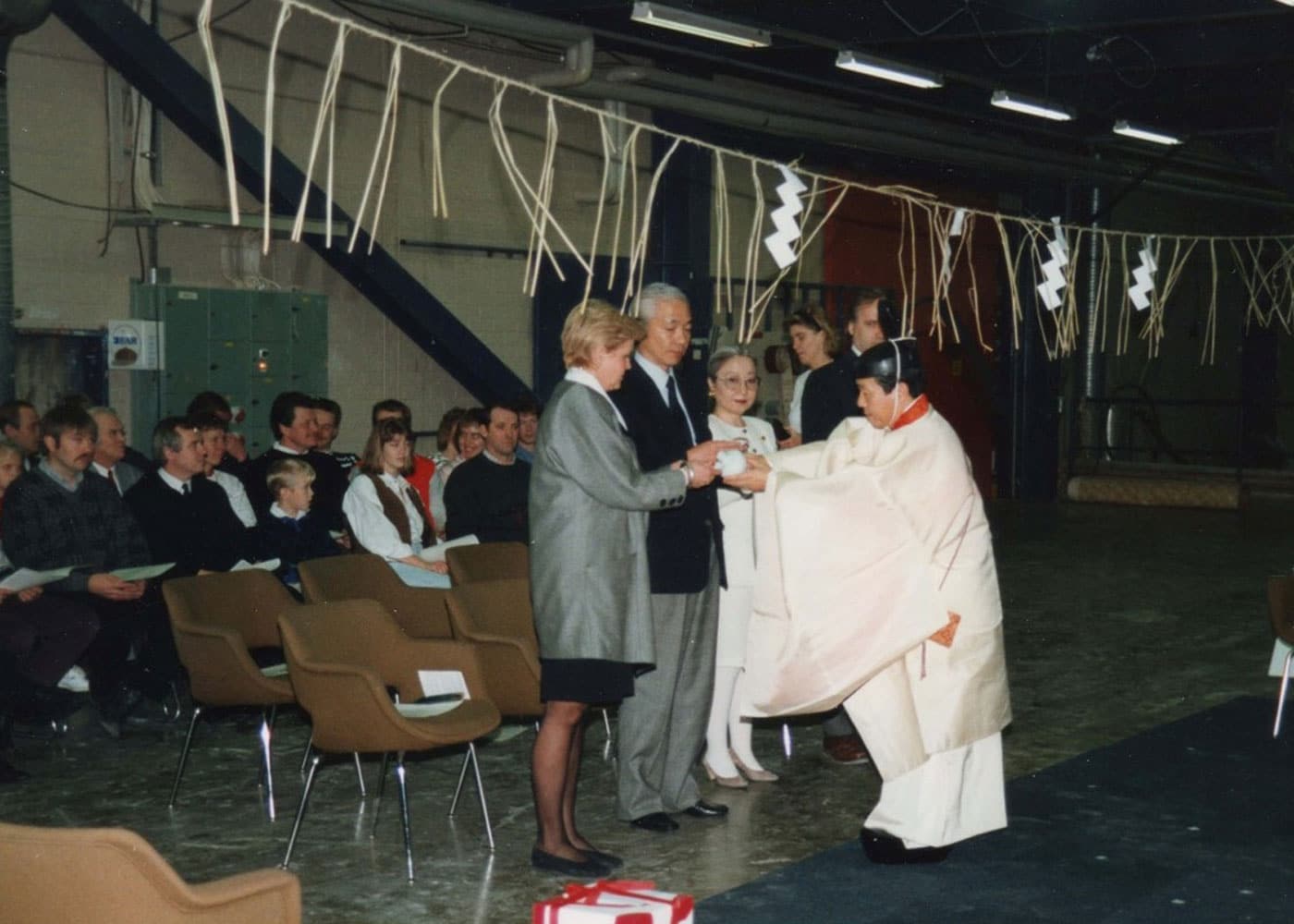 Through the years we have had many very memorable delivery parties and ceremonies, but this occasion was special in the sense that it differed from all others. 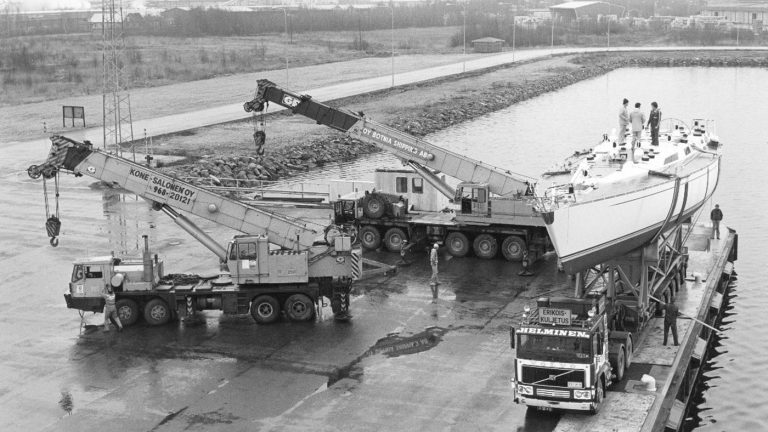 Many of the projects we have produced through the years has left valuable memories in our memory bank. We have... 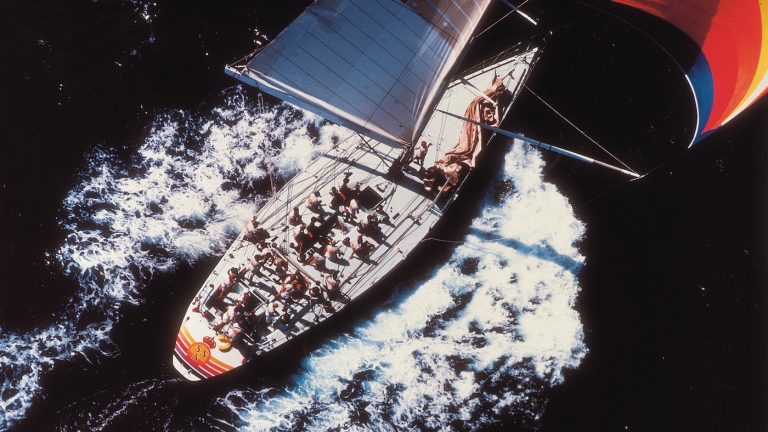 TELL TALES: LISTEN TO YOUR CLIENT

In my previous blog I covered mainly our serial production models and the reason/reasons why we, during later years, moved...