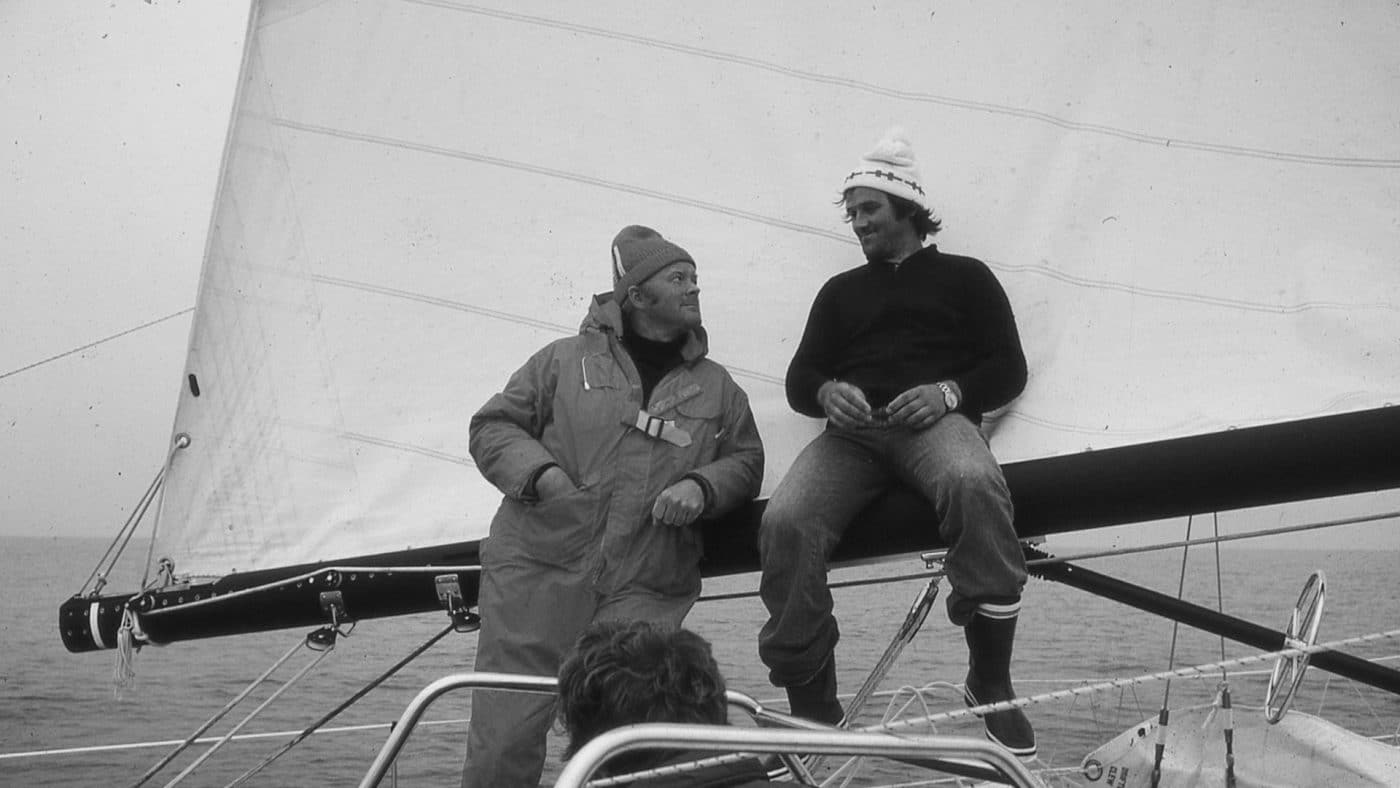 When you are in the yachting business you are very busy every day with full working days mostly fully occupied with technical and office work leaving very little time for anything else. For us, that love sailing and having a position like I did there is not enough time for actual sailing. However, thinking about it I did get my share. I have done a lot of demo- test- tuning- and transport sailing, enough for a lifetime. Also participated in racing in most European country, USA, Canada and even Japan, not enough to become a top sailor but I will do with half decent.

One race that I have participated in several times is “Gotland Runt” in Sweden. It’s a approx. 450 nm yearly race. Sometimes with decent results and sometimes with what I personally classify as disasters.

I remember two races in particular. I think it was 1977 that I was contacted by Carl-Ivar Ström from Sweden regarding a possible agency for our product. We made a deal and as a result Carl-Ivar managed to immediately sell a couple of yachts and he also purchased a Baltic 42 C&C designed, named Diamond, for his own use. His plan was to participate in some local races including “Gotland Runt”. I ended up sailing with him in that race. The yacht was well equipped with a good sail wardrobe and fairly well tuned and prepared for the race.

There were several good boats in our class, some of them with professional crew. One of the most interesting boats was a 42 Ft One-Off racing machine “Midnight Sun” with Pelle Petterson as sailing master and a group of professional/semi-professionals in the crew. 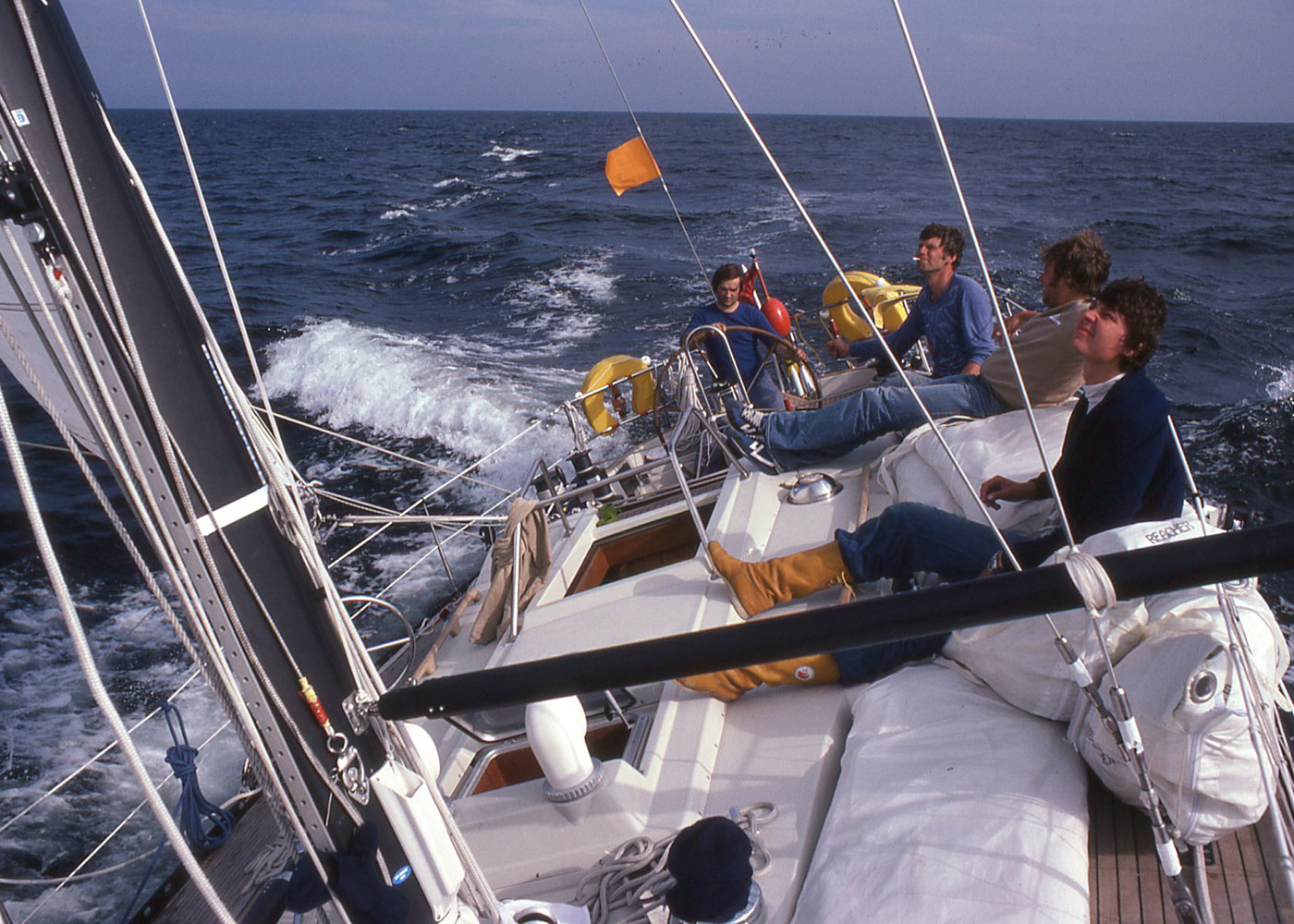 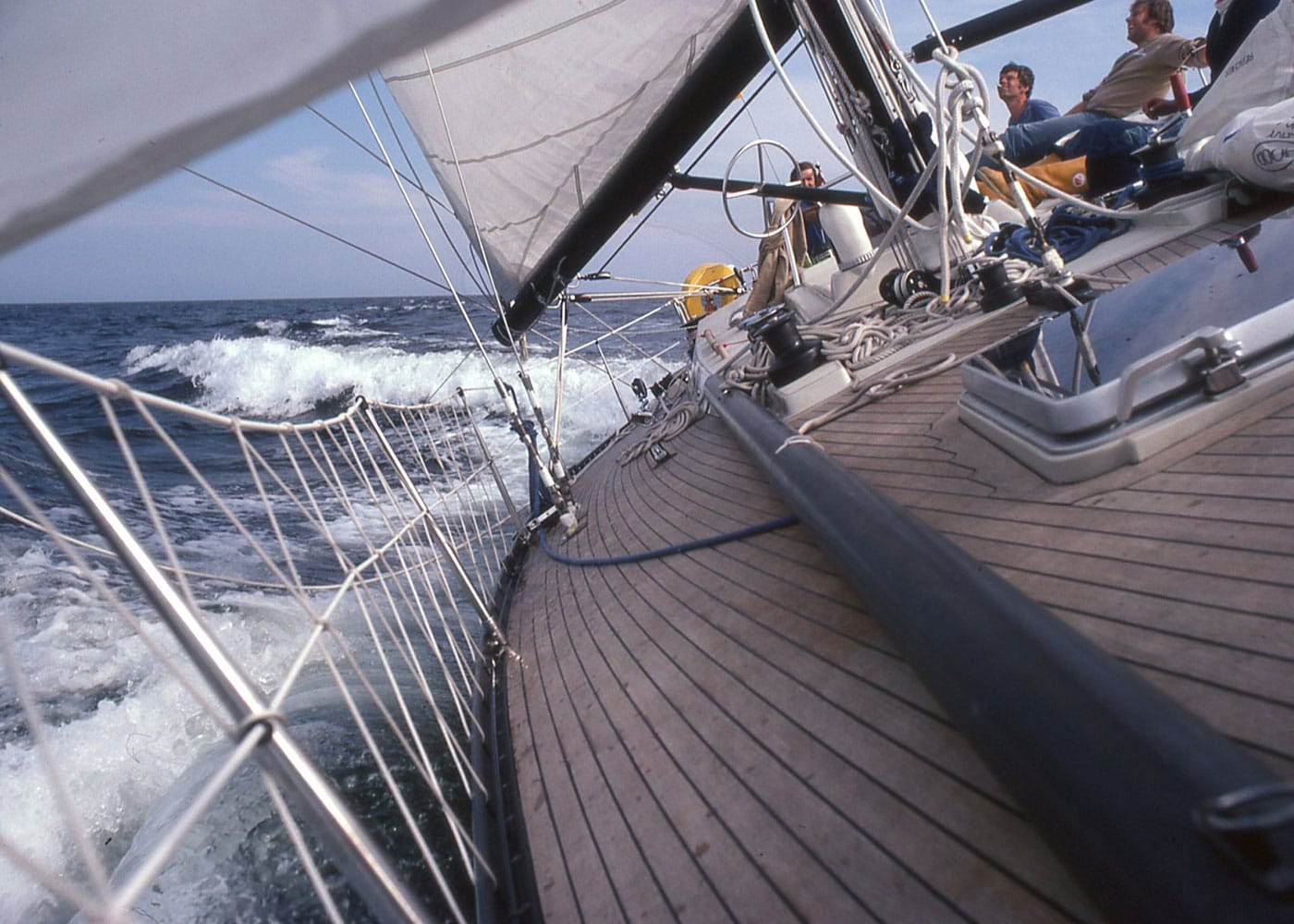 We matched the speed of “Midnight Sun” well and was more or less together with them, east of Gotland, close to halfway through the race. They went east but we stayed close to the coast, based on the weather forecast we had available, and there we lost the fight. They had better wind conditions and managed to pull away from us. Anyhow, we were fighting at the top-end of the fleet through the approx. 450 NM race and Diamond took second place after Midnight Sun. We felt satisfied with our performance considering this was the first major race with the new boat and a new crew.

For year 1980, Car-Ivar had sold his 42-footer and purchased a Baltic 51, again named Diamond. His intention was to again participate in “Gotland Runt”, and I was invited to sail with them. Many boats participated probably 450 – 500 yachts in various classes. The two hottest boats, in or class, was again a new 51 Ft “Midnight Sun and a German 50–51-footer named “Magic Eliza”. Both empty aluminium racing machines and with professional, “rock star”, crews.

These two racing yacht were the only ones beating us on sailed time, but we could see them finishing and we were almost capable of reading their names when they crossed the line. Not bad for a full interior, teak decked boat after 450 NM of racing.

Getting into the marina some of the two racing boats crews came over and gave us a spontaneous applaud. It was nice to realize that we had been noted. And for me personally it felt like our original philosophy started to pay off.

Later, after having cleaned up the boat and ourselves, we were sitting in the Yacht Club restaurant on the second floor, overlooking the marina, having dinner, and looking at boats coming in, some of them much larger than Diamond. At that dinner, the owner of Midnight Sun came over, expressing his appreciation for our performance and I had a brief discussion with him, and we exchanged business cards. I do not know how much our race influenced but the fact is that two years later Baltic Yachts delivered an 80 FT composite Maxi-Racer named Midnight Sun. But that is a story of its own. 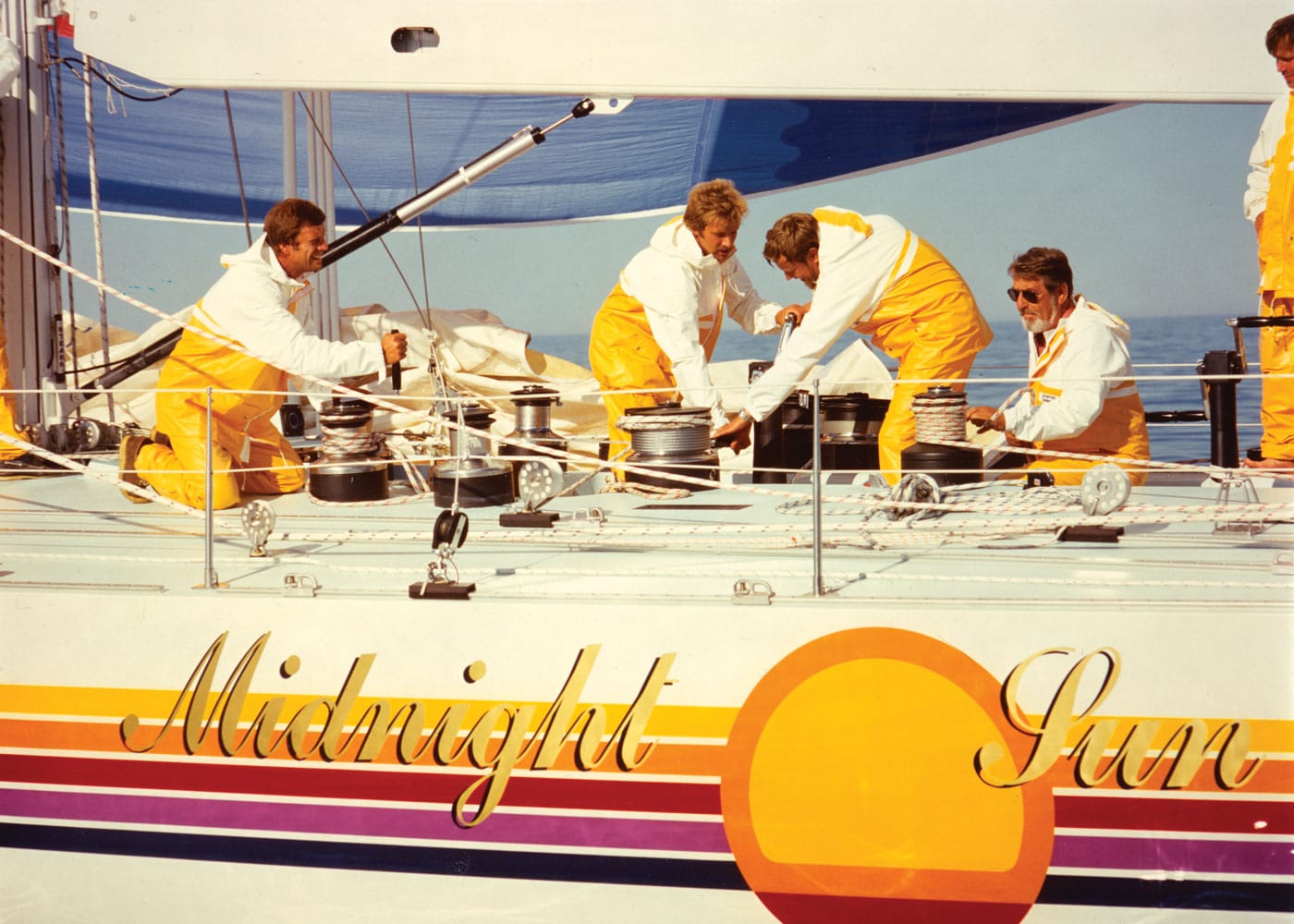 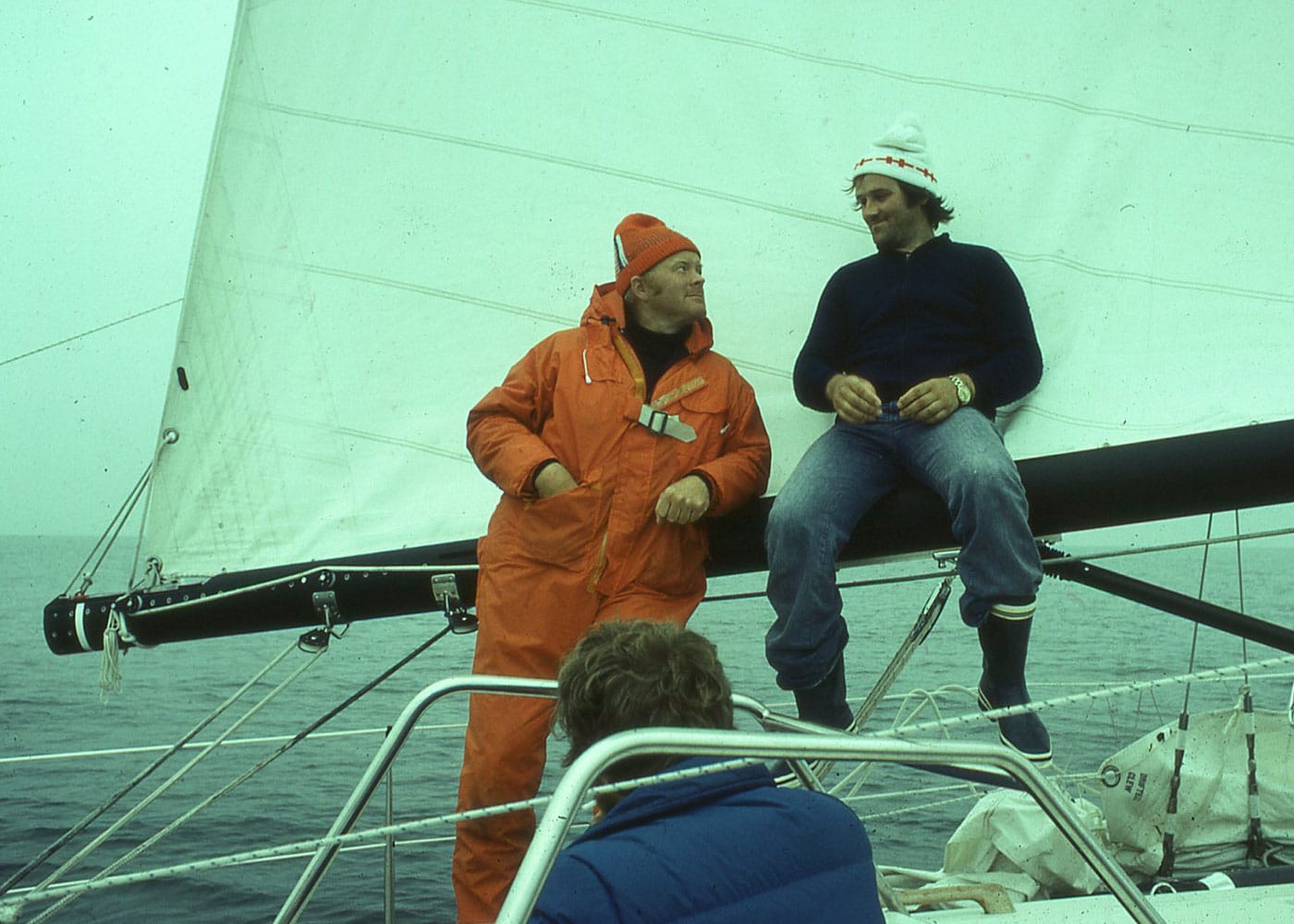 The person together with me on this picture is Rolf Alexandersson. A very good sailor, friend, and Baltic Yachts supporter. 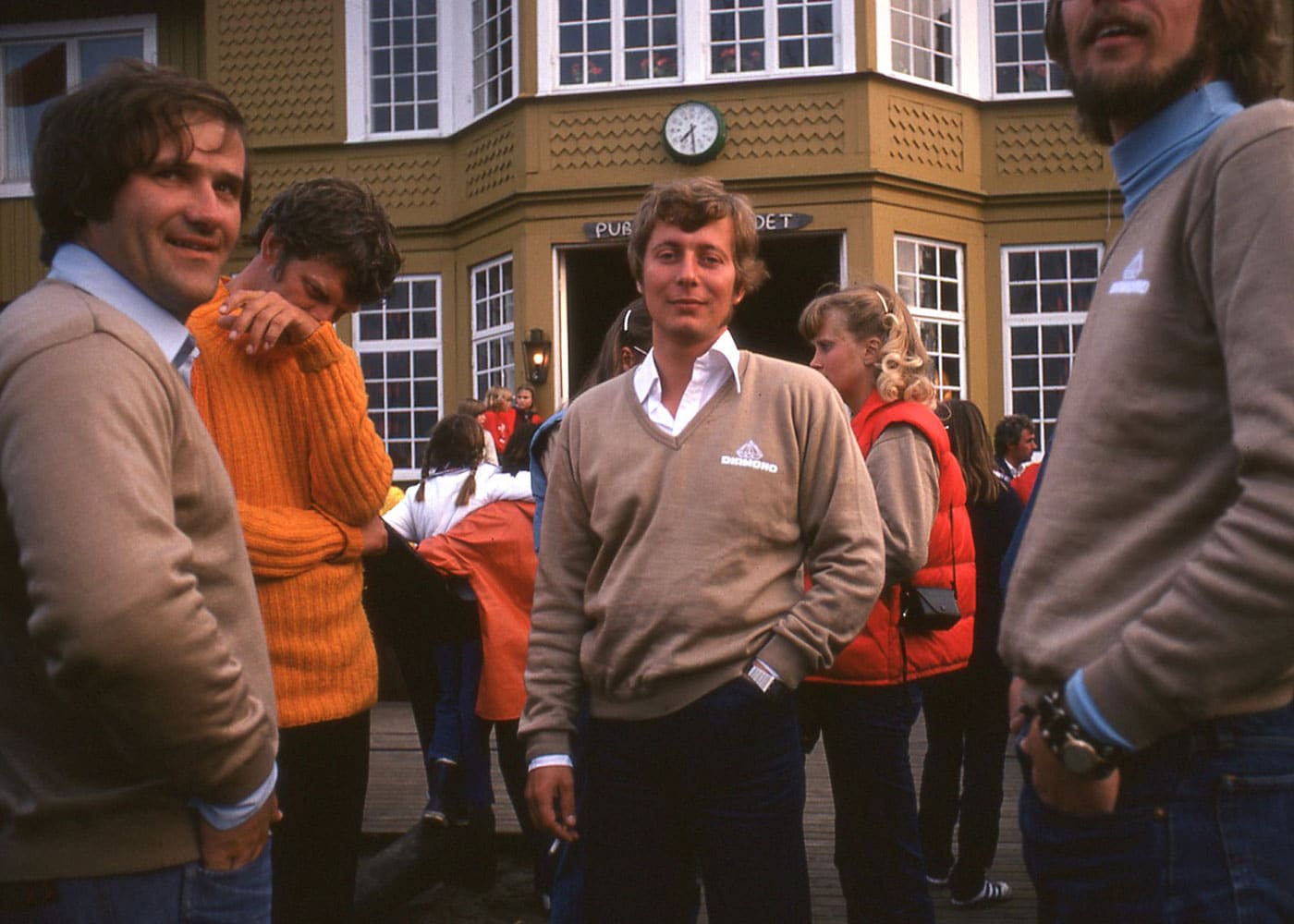 The people that I sailed with on these two races was all good sailors and nice people and I enjoyed sailing with them and getting to know them. This picture, prior to price giving, is myself, Bosse Tengberg, the skipper Carl-Ivar Ström and Clas Hedmark. Rolf Alexandersson behind the camera.

Nice, appreciated people. Not all is with us anymore, unfortunately.

Carl-Ivar, thank you for your comradeship, you are missed. 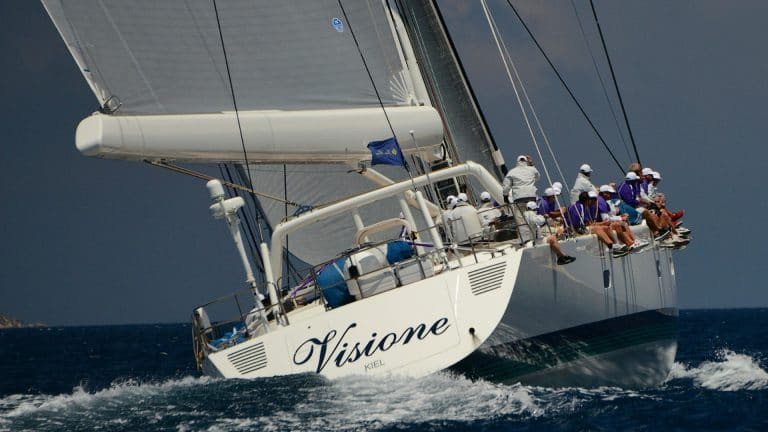 Tell Tales: The ultimate dream for a yacht builder

During the, soon to be, 50 years since the start of Baltic Yachts, many extremely interesting projects has been executed.... 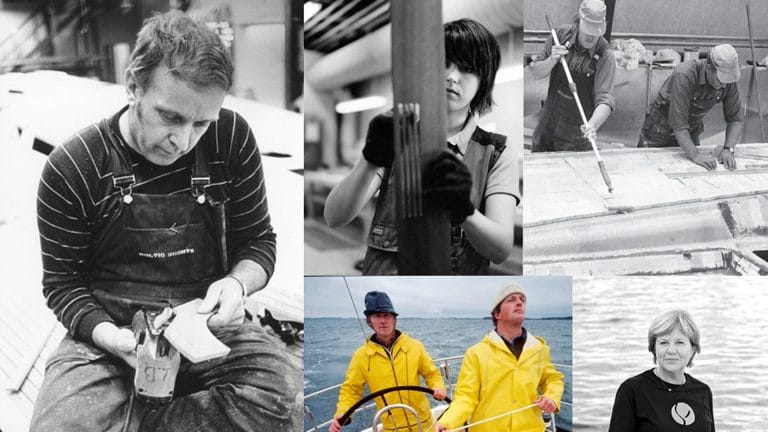 The influence of motivation ...