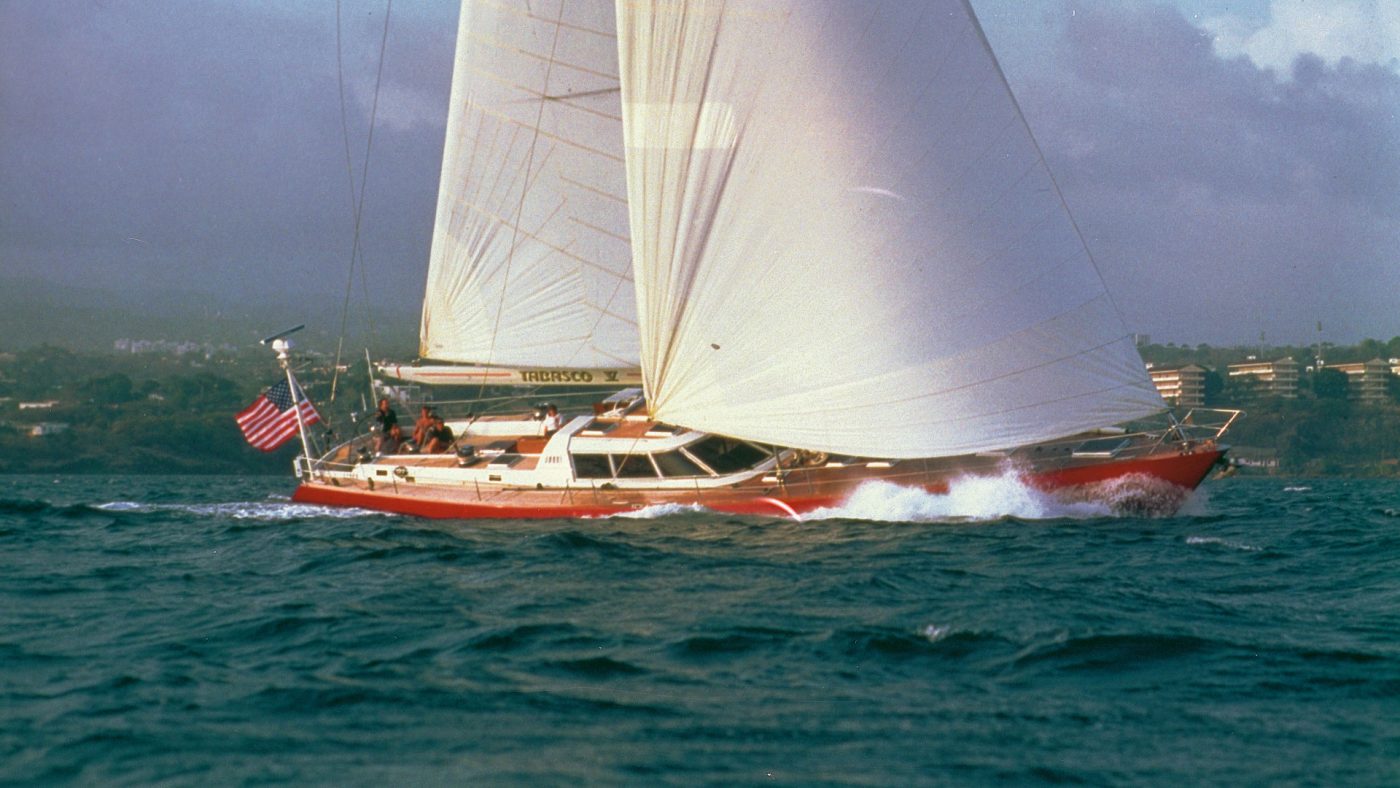 I am grateful to Elizabeth Taylor.

For those of you that are too young to know who she was, I can say that she was one of the best, if not the best, known super film star for many years, spanning from 1950: s to well into the 1980: s. and further.

Let’s leave Elizabeth T and talk about yachts instead.

In early 1984 we were contacted by the Naval Architect Scott Kaufman. He had designed a fast cruising boat for one of his racing customers and asked if we were interested to quote on the project. The client was a very experienced sailor with both racing and cruising background. He knew what he wanted and the drawings and specifications we received were very clear and complete. 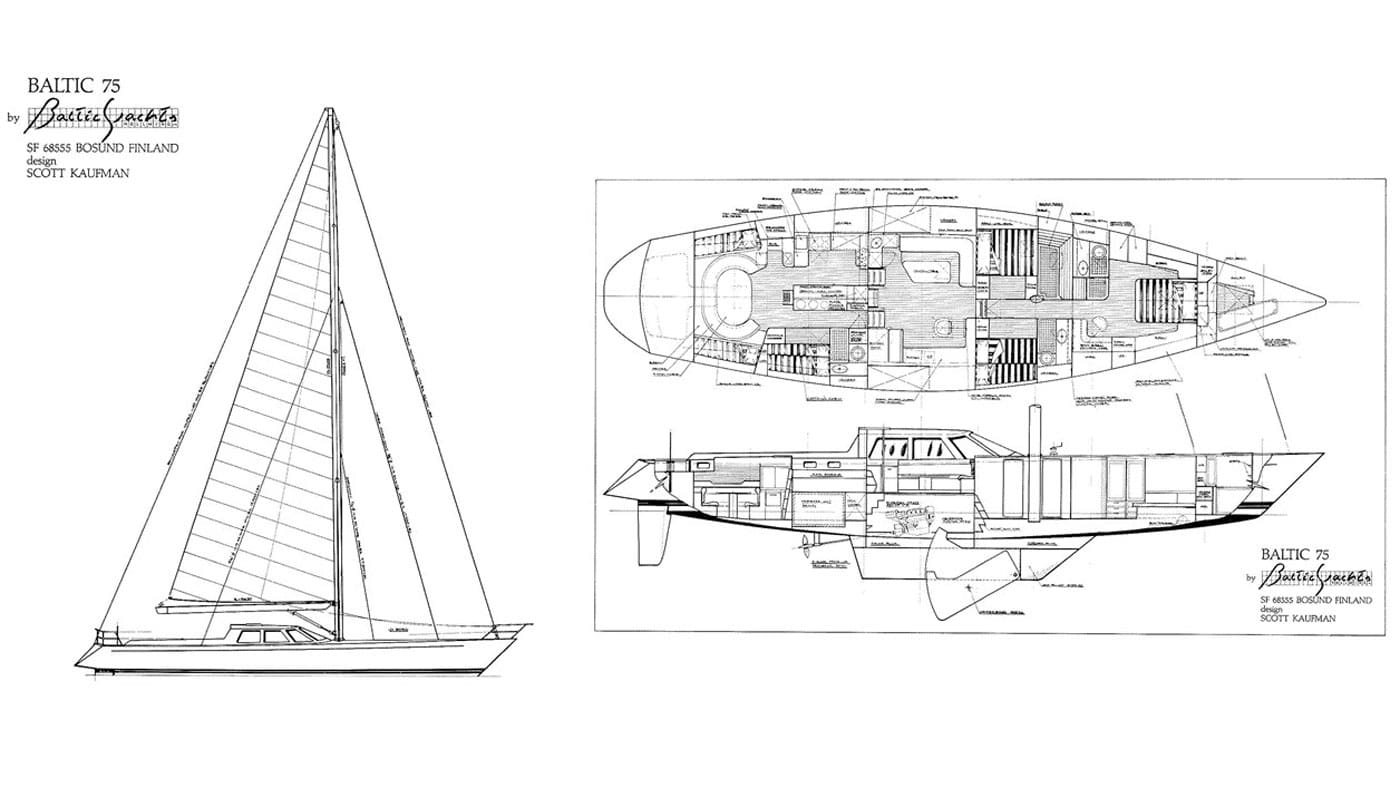 We communicated with the client and Naval Architect for some weeks working on pricing and contract proposals. The communication was very straight forward and positive. End of May we get a message from the owner, saying that he was cruising sailing with his present boat in the Mediterranean and planned to be in Porto Cervo, Sardinia, beginning of June. So, it was decided that we would meet in Porto Cervo in the evening of June 3rd.

I was flying down on the 3rd as agreed. As we all know sometimes things do not work according to plans and I came in late to Milan. When I reached the departure gate for my flight to Olbia, I was informed that I was too late. It was at the old airport and they had bus transport from departure gates to the planes and the bus had left and the plane was ready go. They told me that they could not get me onboard, not the slightest chance, and the next flight was next morning. I was very disappointed and had no contact information to the client. Not like today when you just get on your mobile phone and call wherever you need to. I was sitting on a seat, in the departure hall, trying to figure out if I could maybe reach the yacht club and possibly get a message to the client, not easy those days. I started to walk away from the departure hall, to book another flight and possibly get contact information for the yacht club. Then suddenly one of the persons from the departure desk came running and told me that there was another person in the same situation and that they had arrange for a van to take us out to the plane.

So, I finally made the flight. Met the client in his yacht, had short discussion after which the contract was signed, and the project “Tabasco V” was started.

We had done some large projects before, so this was not in size our largest. However, from a technical point of view, this was a complex project including a lot of technical equipment hence was a challenge for us. We put together a good team with “Mikki” Kasslin as project manager.  Like I have seen so many times our team stood up to the challenge and produced an amazing yacht. One and a half year later Tabasco V was completed but unfortunately in a time of the year that prevented the yacht to be launched at the yard. 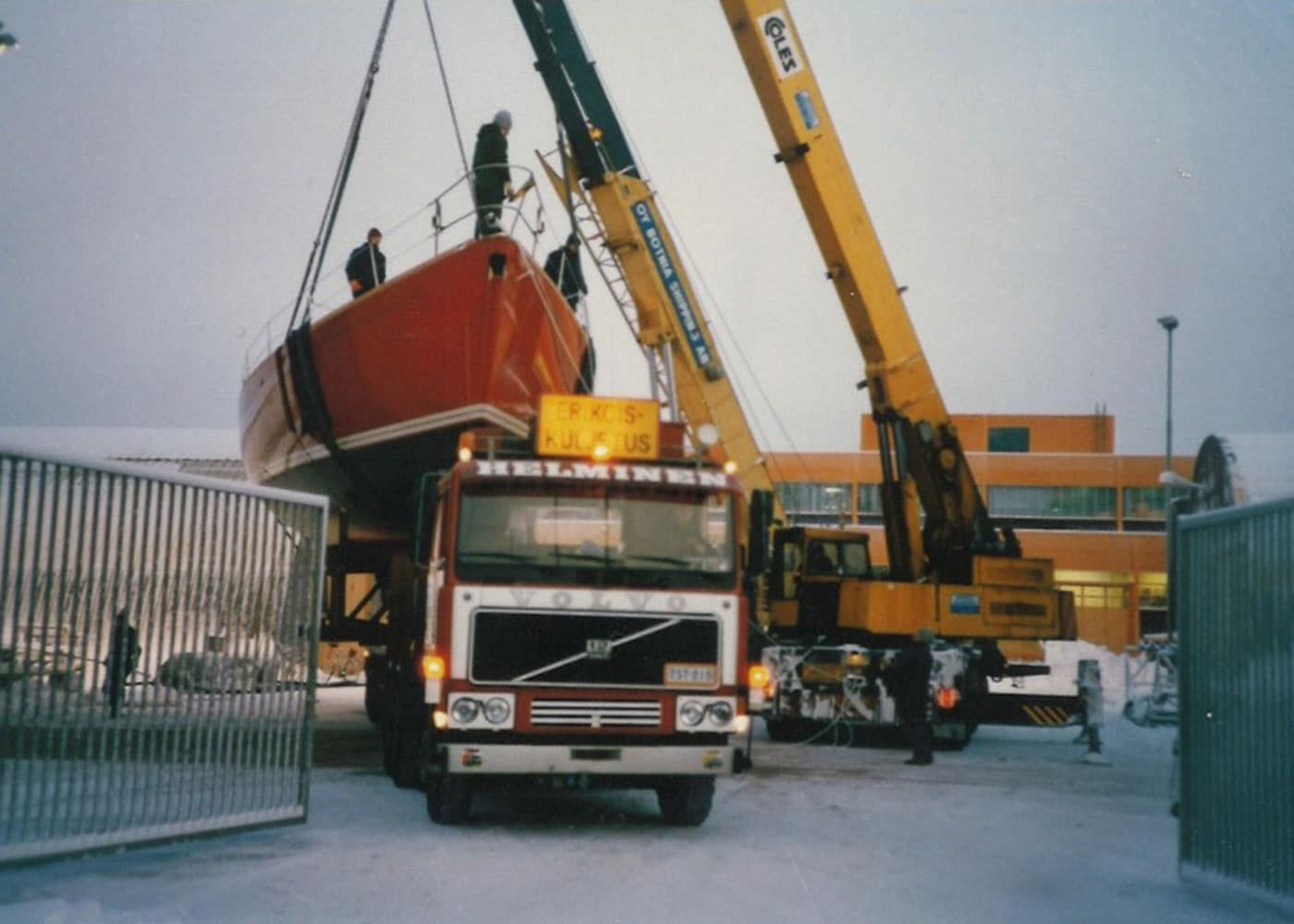 Tabasco was shipped to UK, Southampton. A part of our yard team was present in Southampton, the yacht was launched and moved to Lymington, Berthon marina for finalizing, testing, and tuning.

Our team handled the finalizing, testing and tuning and when I arrived to Lymington, toward the end of this process, I could state the fact that our people, once again, had done a great job. 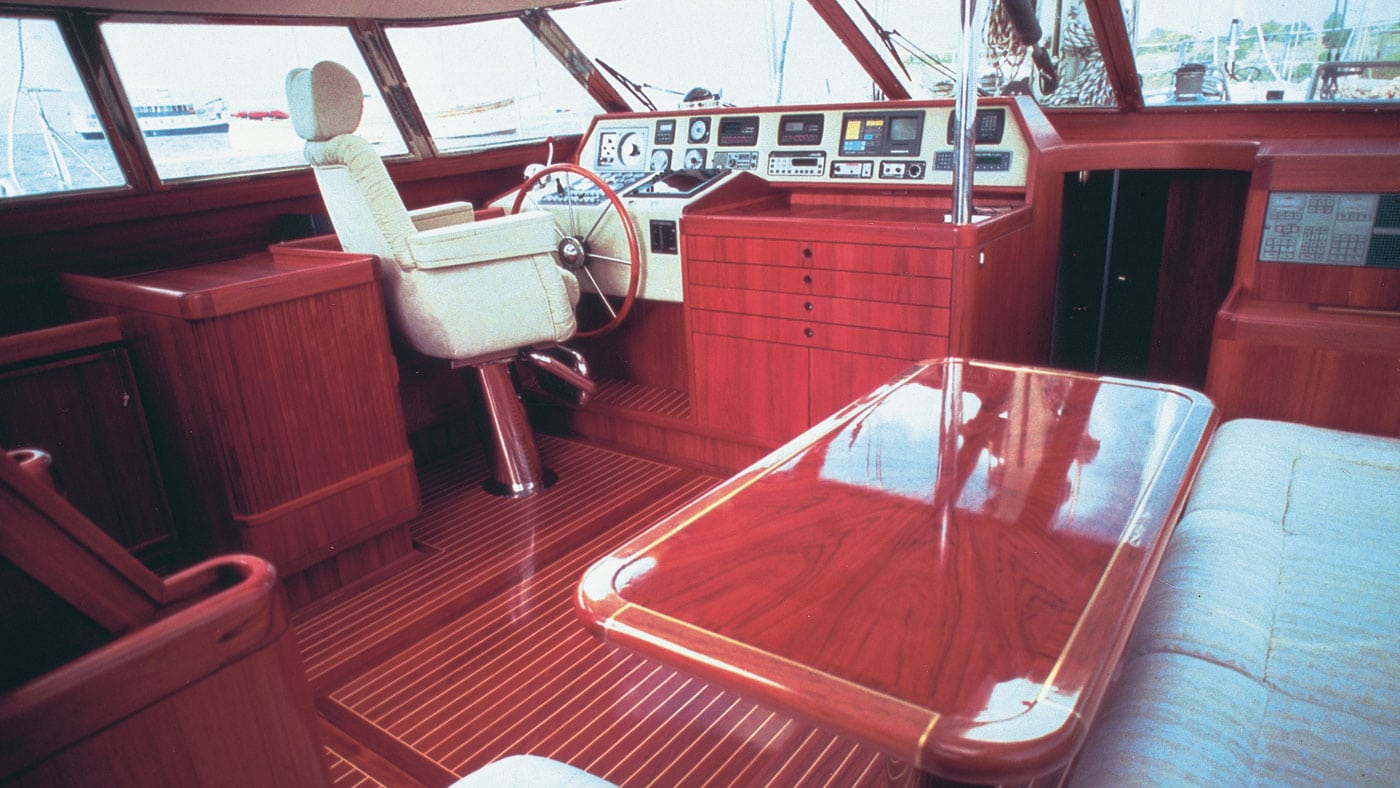 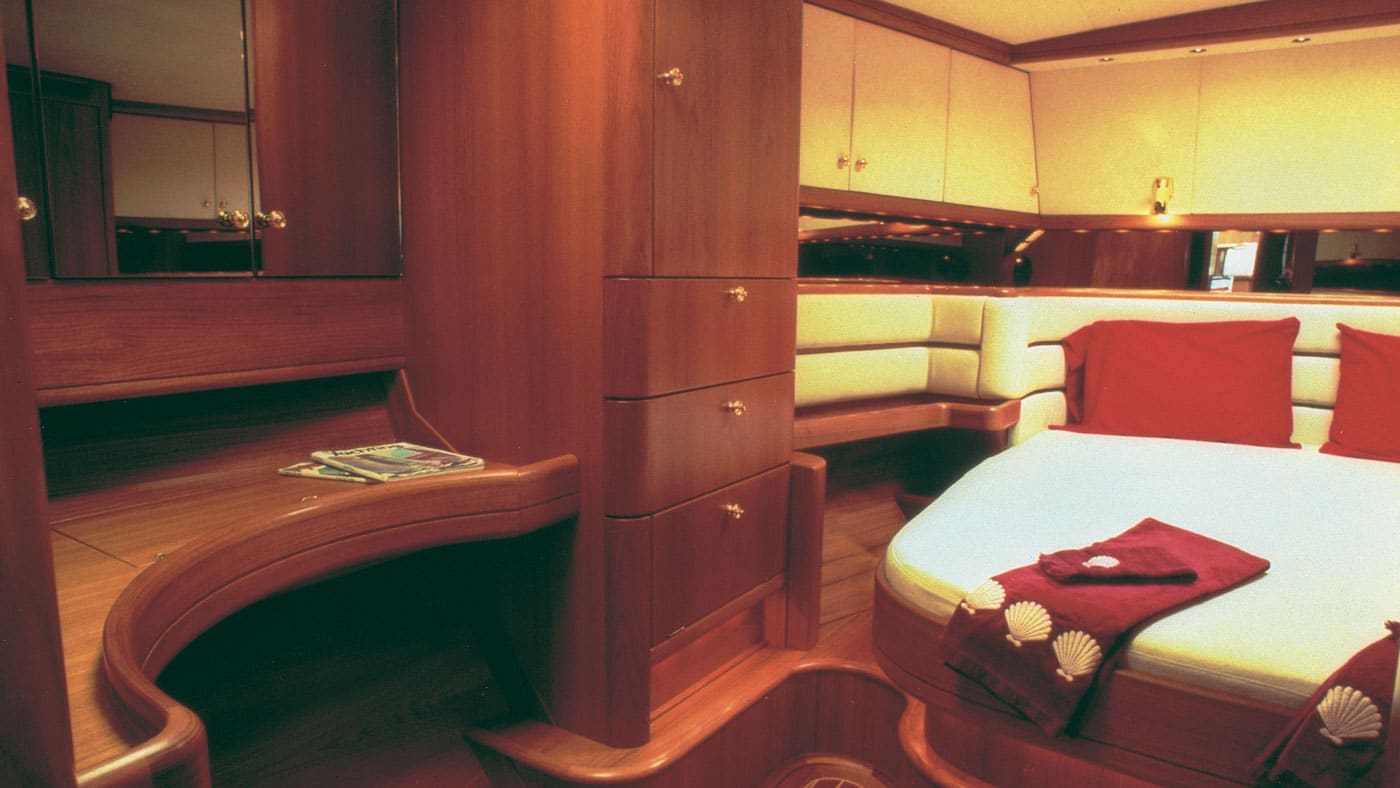 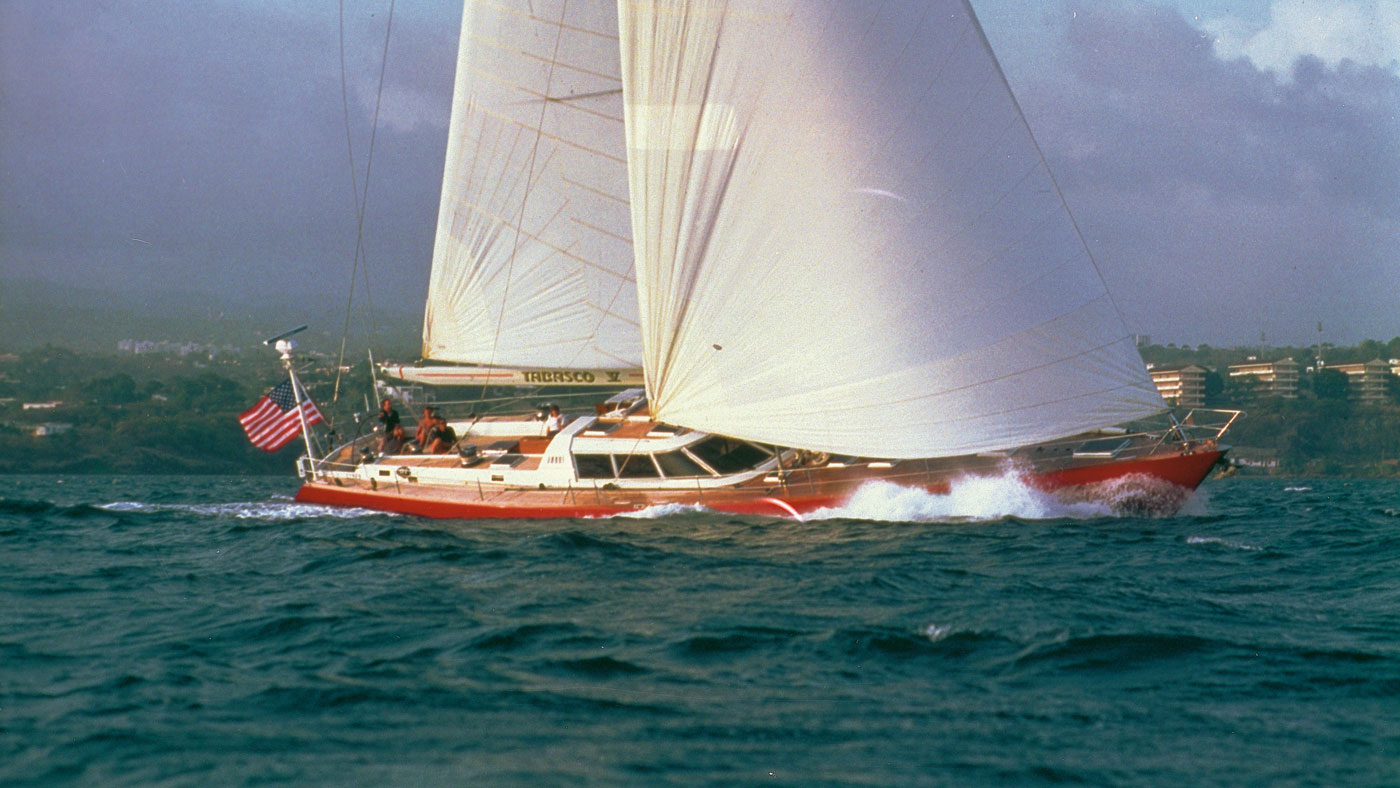 For its time, a relatively complex yacht, but the team did a tremendous job and the result something to be proud off.

Back to the Milan airport. The other person in the van taking us from the departure hall to the airplane was Elizabeth Tailor. I guess its correct to assume that if the other person would have been a “normal passenger”, they would not have delayed the plane and arranged for a van, but they did for her and that opened a possibility for me. So… 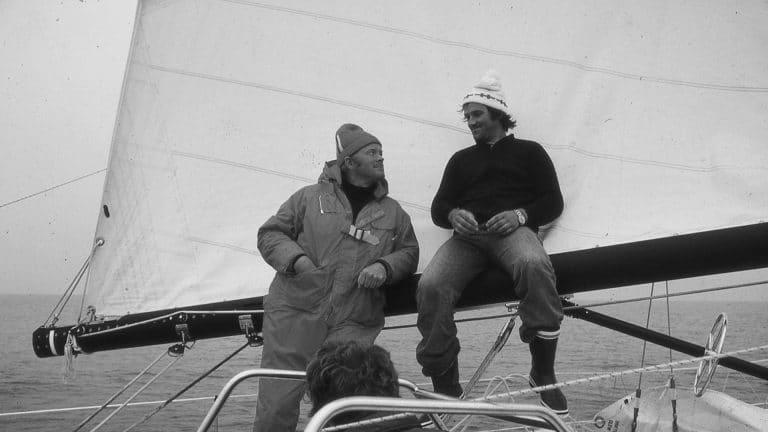 When you are in the yachting business you are very busy every day with full working days mostly fully occupied...