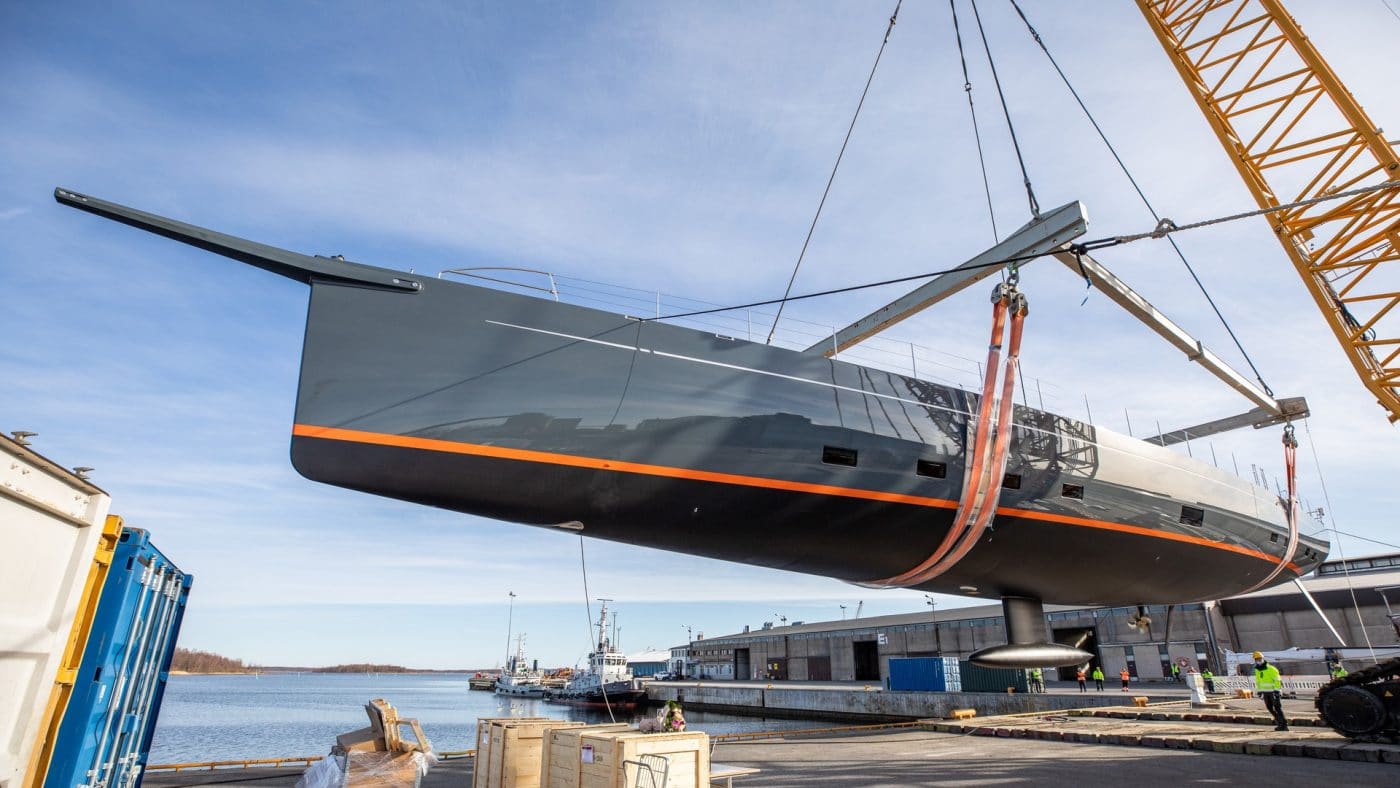 PATH TAKES TO THE WATER

The spectacular Baltic 146 Path was successfully launched at our waterside premises in Jakobstad on Wednesday 5 May, the first of four launchings scheduled to take place this season. Path is the third largest yacht by volume to be built by Baltic Yachts.

Following her road trip from her building premises in Bosund (click here to watch) Path had her keel fin and bulb fitted before being lifted into the water by crane.

The picture of her suspended in the air prior to launch clearly shows her twin rudders and lifting keel in the retracted position. When in the lowered position, the keel with its 38.3 -ton bulb, increases draft from 3.4m to 5.9m/11.2ft to 19.3ft.

Path will now be prepared for sailing and engine trials during which her International Maritime Organisation (IMO) Tier III engine emissions status will be checked out. Path was selected as the first yacht from Baltic to be equipped with machinery exhaust system treatment complying with the latest cleaner emissions regulations. 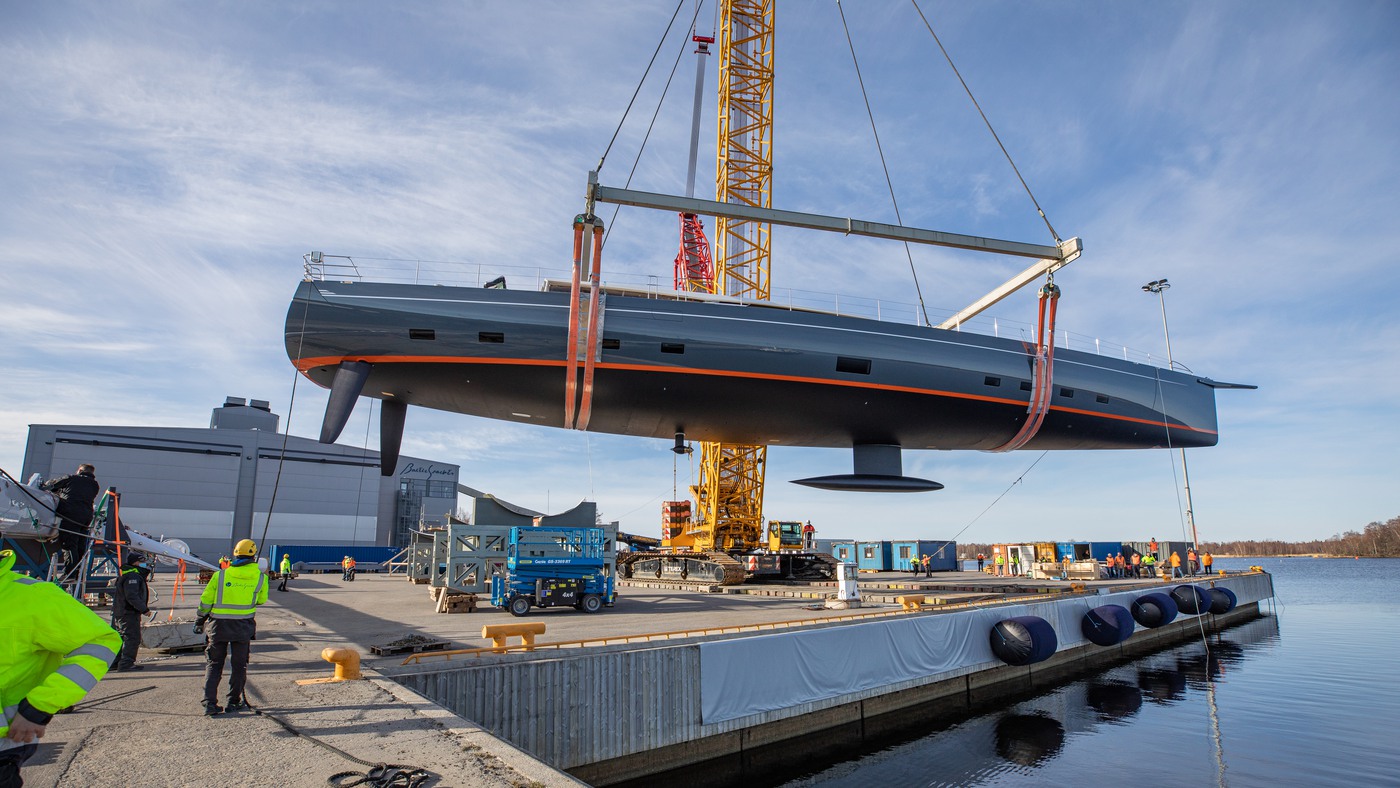 Features like her titanium swing anchor arm, submarine anchor system and bow thruster, which can be turned through 90° to provide emergency propulsion, will also be put through their paces.

Following her launch, mast stepping and sea trials Path will be prepared for delivery at the end of June. The first Baltic 68 Café Racer will be launched at the end of May and the Baltic 117 Custom is due to take to the water at the beginning of the summer. 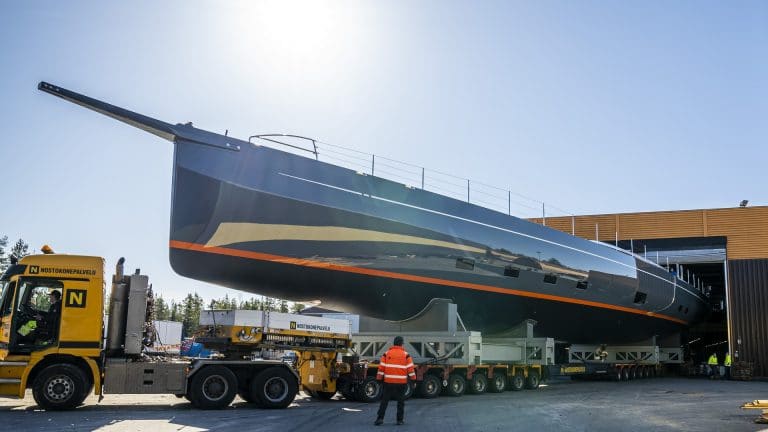 Baltic 146 Path takes to the road

The new Baltic 146 Path took to the road in Finland recently when she was transported from her build yard...