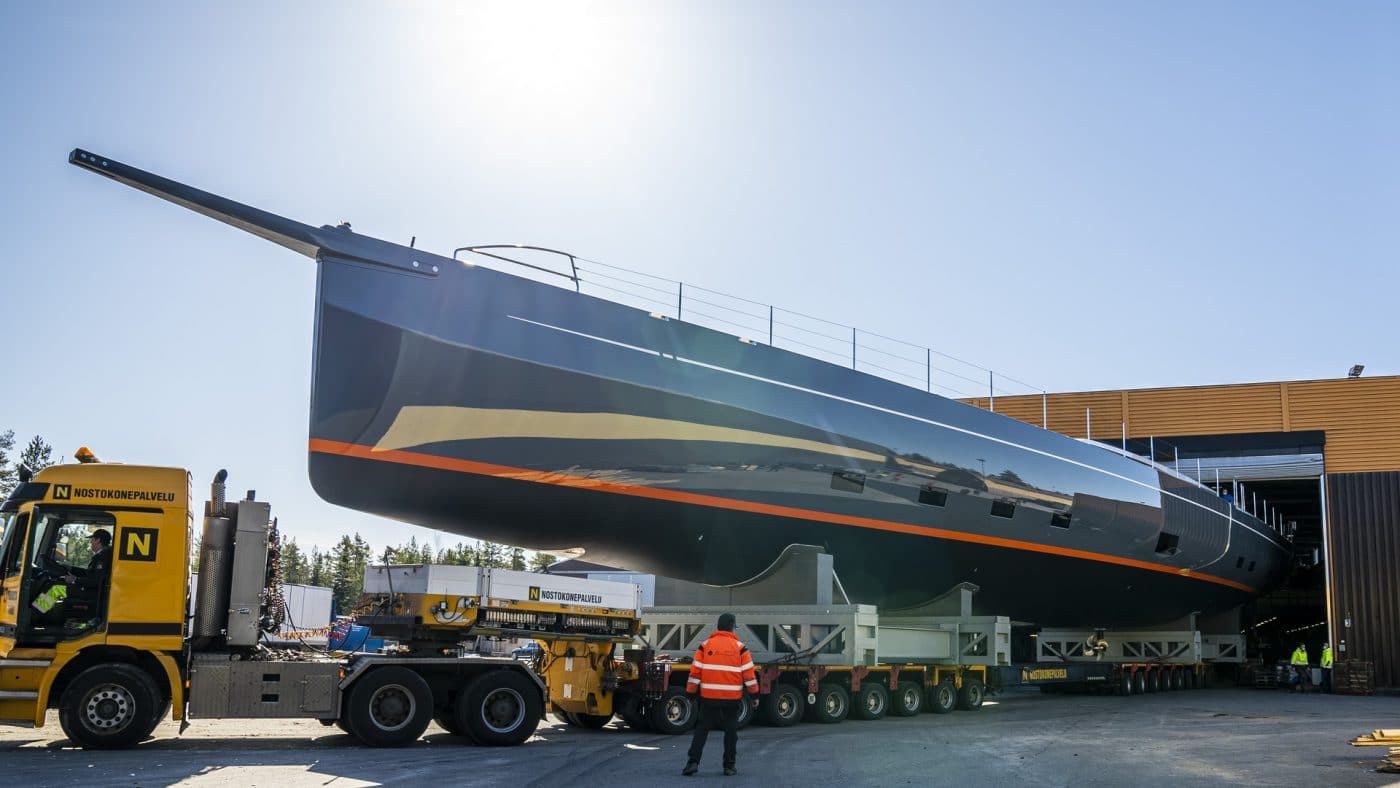 Baltic 146 Path takes to the road

The new Baltic 146 Path took to the road in Finland recently when she was transported from her build yard in Bosund to Baltic Yachts’ waterside premises in Jakobstad, where she will be united with her lifting keel fin and bulb and be prepared for launch.

The precision operation to complete the 21 km journey took 2.5 hrs and went according to plan despite the tortuous route along public roads which had to be temporarily modified to accommodate the unusual load.

Baltic Yachts has had plenty of practice moving yachts along this particular local road, but Path, the third largest yacht by volume and the fifth by overall length the company has ever built, is one of the biggest the company has transported. Coincidentally, Baltic 175 Pink Gin completed the same ‘voyage’ on the exact same date four years ago.

The operation required the closure of part of the road system, road signs needed to be removed and parts of the highway, like roundabouts, had to be to temporarily modified. Masterminding the move was transport specialist Nostokonepalvelu Oy, a company which has worked with Baltic for almost 40 years.

Path was first manoeuvred onto two low loaders, each fitted eight axles with eight wheels per axle. So, between the two low loaders a total of 128 wheels took the weight of the superyacht before two towing cabs were attached to begin the journey. 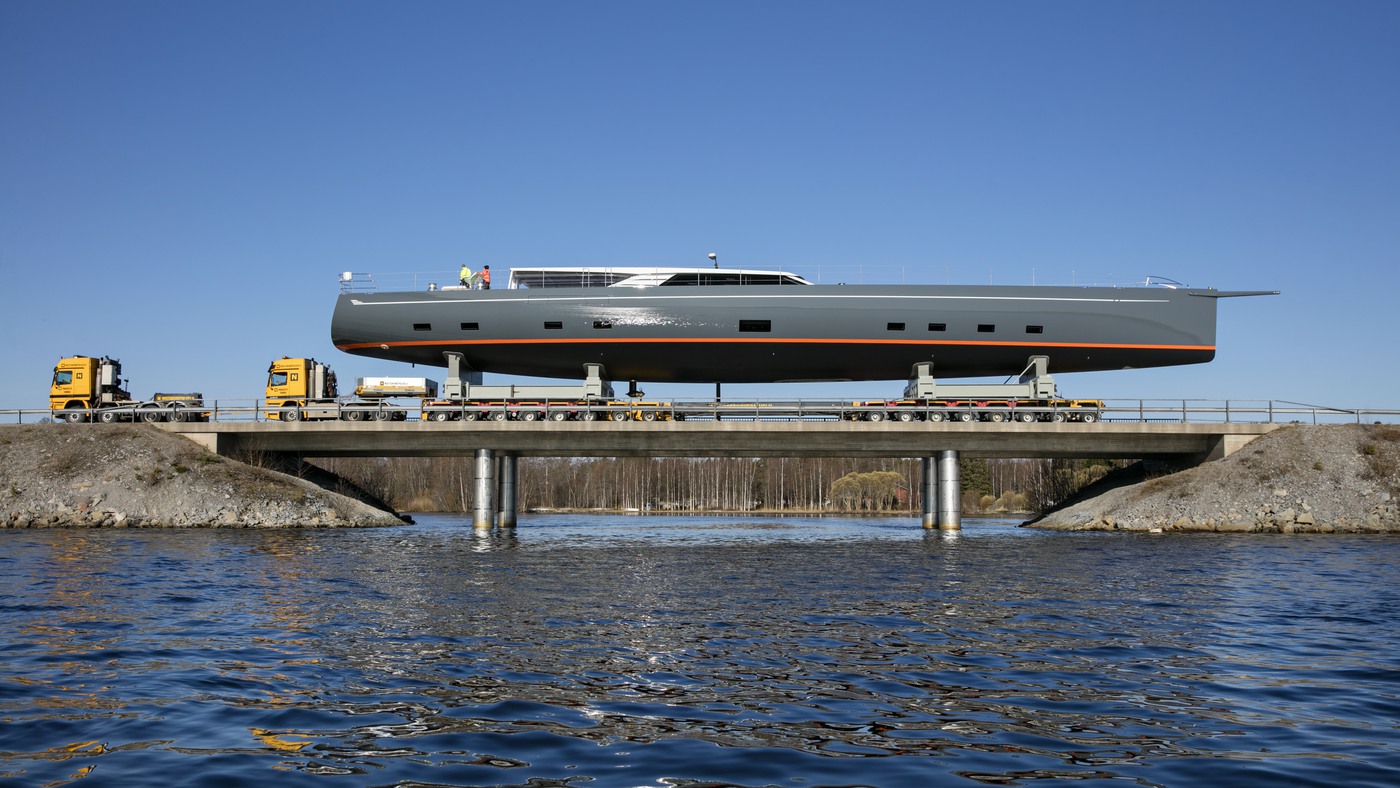 Following her launch in early May, Path will have her mast stepped and be prepared for sea trials. She is destined to cruise the oceans of the world, but also be capable of competitive racing. Her combined deck saloon superstructure and cockpit hardtop is covered with 60sq m of solar panels using renewable energy to charge her battery bank. 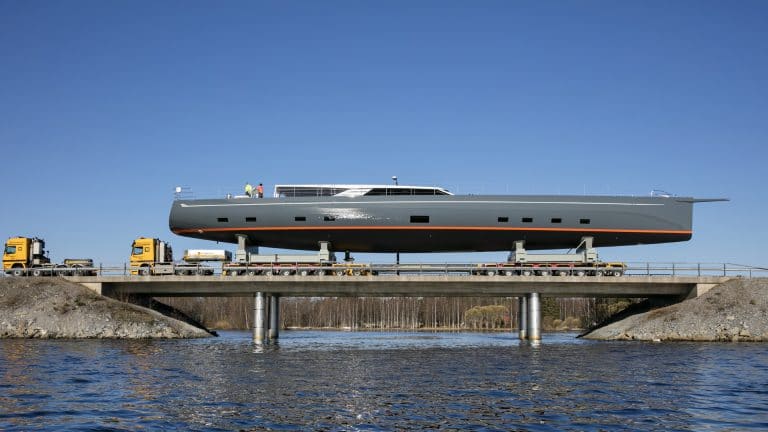 When she was commissioned this was the third largest yacht by volume Baltic Yachts had ever been asked to build. Intended...