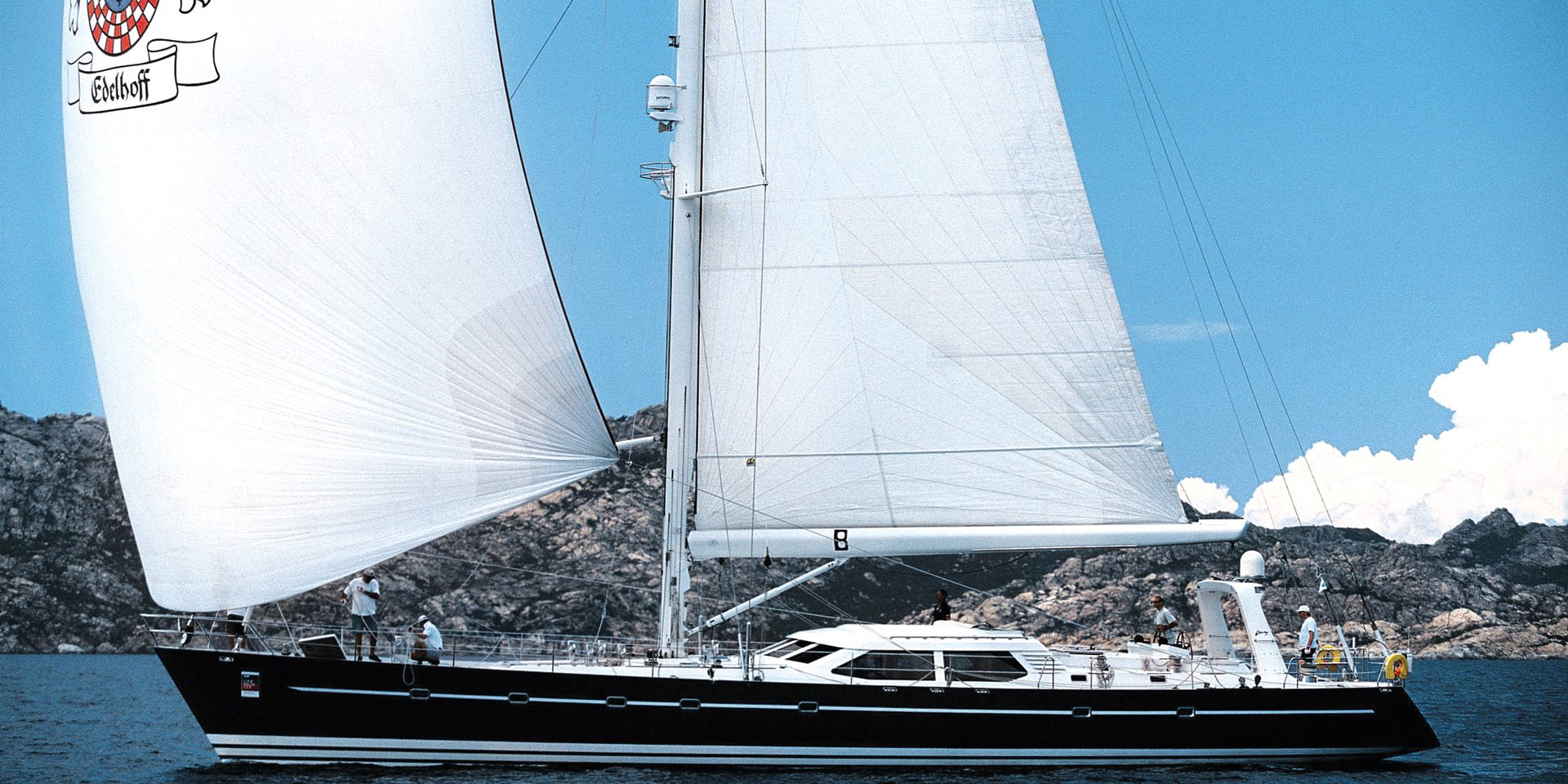 Anny became a familiar site on the Bay of Palma, always in the hunt for honours as a regular participant in the Superyacht Cup. Despite her full-on cruising credentials she was regularly close to the front of the fleet and very often proved faster than much larger yachts, helped by a canny crew!

Although she was launched 20 years ago, even now this outstanding Baltic 87 could be regarded as ahead of her time.

Anny was equipped with every conceivable piece of equipment for the ultimate in luxury cruising and would have been a heavy boat but for the use of vacuum-bagged epoxy construction, which kept her displacement within more than acceptable levels.

She boasts many interesting features. Her advanced (for then) lifting keel was a big leap forward in appendage technology. Her dinghy garage, comprising an ingenious folding deck/transom arrangement enabling a water jet tender to be driven straight into the stern of the boat, was another example of Baltic’s innovative thinking and engineering. 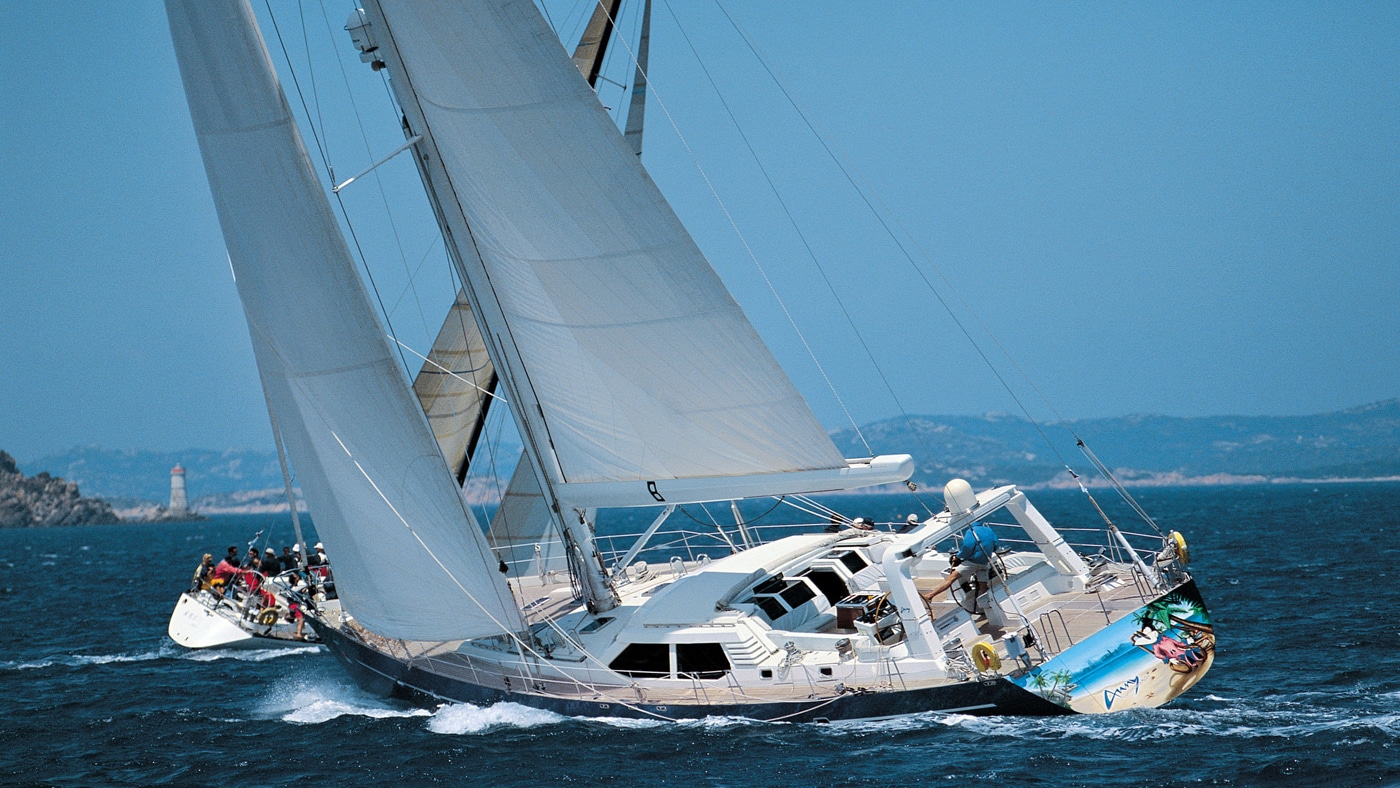