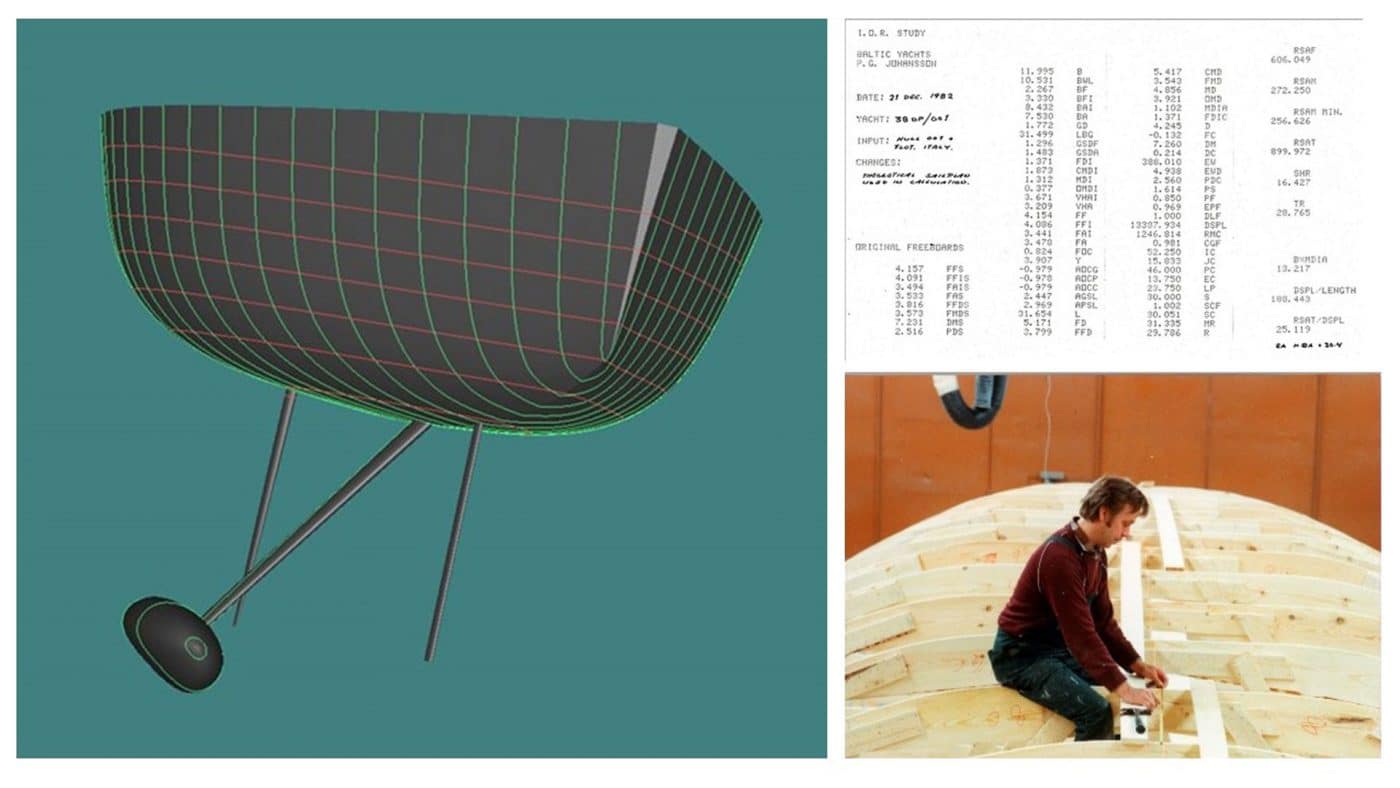 Tell Tales: From paper and pen to fully computerized

Sometimes when looking through old files, drawings, photos etc. it often hits me how much things have developed/changed during these, almost fifty, years. Materials and methods in the actual building process has changed a lot from hand laminating using glass and polyester to today’s vacuum consolidated epoxy, Carbon pre-preg oven cured. These are things that the sailing scene is aware of since it is something yards point out in their marketing information.

Another issue that may not be as visible to the public is how the tools of making drawings, calculations etc. have changed from doing almost everything by hand to utilizing computers extensively in today’s world.

In the late 1960: s and early 1970: s the yacht building world looked very much different from today. The yacht designers supplied a paper drawing, in a scale, of the hull lines. With the drawing came a so-called Offset Table. The first step for the yard was to do the so-called lofting. This meant laying down several large plywood sheets on the floor and draw the lines in full size. 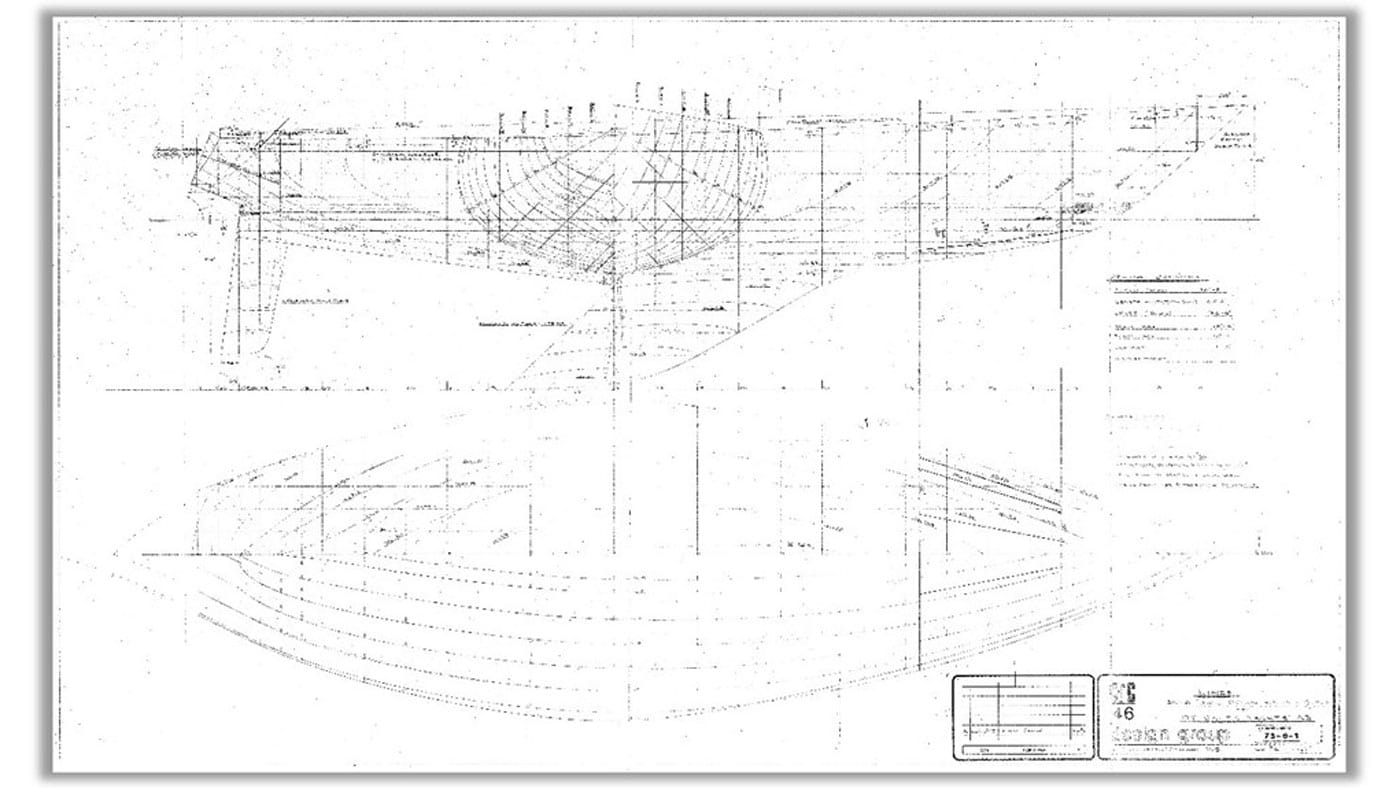 The next step was to produce wooden frames of each section, with reduced shape for planking thickness, and set them up as in the picture bellow. There was no laser level available, so the vertical positions were checked with a water filled plastic tube, holding one end at a reference point, normally DWL, and the other at the section to be positioned. A time-consuming job that took great skills and knowledge from the people doing it. 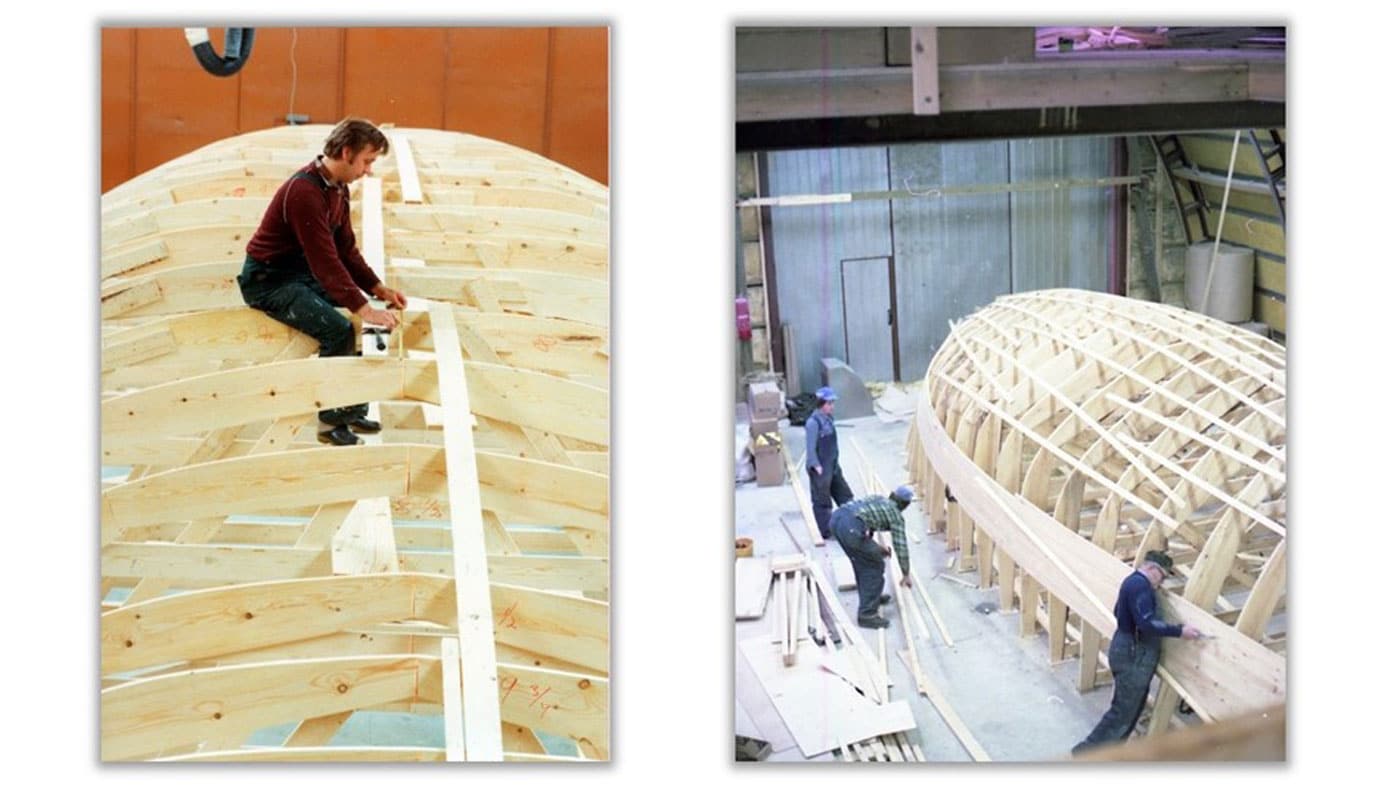 With today’s 3D computer designs you just send your 3D files to a subcontractor supplying your mold by using 3D milling machines. Alternatively for large hull molds and for pre-preg laminates where you end up manufacturing the mold yourself you can at least get your sections perfectly computer cut. Setting up the frames on the work floor you naturally use a laser level for vertical and horizontal positioning of the frames. In 1970 it took a much larger effort and skill to produce the same thing and probably to a less exact result.

During these days the yards normally did not involve them in checking Hydrostatic calculations of the design. This was considered, correctly so, to be the Naval Architects responsibility. However, at my previous employer, a project that I was in charge for, ended up with a flotation trim error. My boss, at that time clearly pointed out to me that the yard had the total responsibility to the client and that it was my responsibility to check that the hydrostatic calculations and flotation numbers were correct. Lesson learned.

One way of doing the Hydrostatics was to use a planimeter. With this device you could measure areas hence you used it on your paper line drawing and based on the result you did the calculation. Mind you there was no computers available and if you had an electronic calculator with the basic functions, you were in a good position. This is just a brief explanation of the process but, needless to say, it was time consuming. 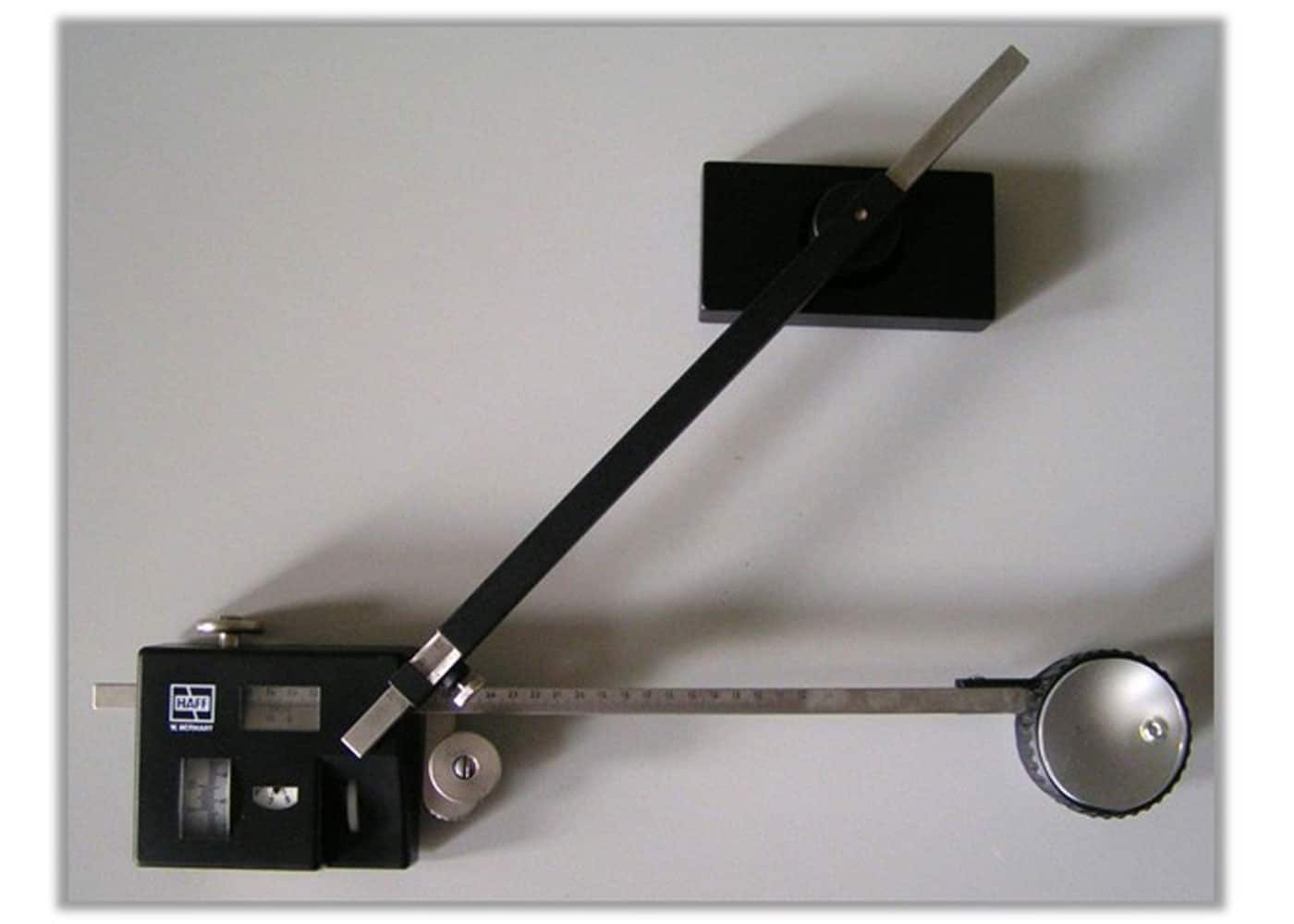 Those days calculating things was not necessarily complicated it was more a capacity and time issue. Since everything had to be done “by hand” it took much time hence one had to limit activities to a realistic level.

In the mid 1970: s some programmable calculators started to be available. The first one we had was a Texas Instrument TI Programmable 59. This one allowed simple programming and we could make some programs to assist with things like Hydrostatic calculation, Rating analyzes, laminate calc. etc. It was programmable and had a magnetic card reader and could be adapted to a printer enabling print out on a narrow paper strip. The narrow paper printouts were then glued to an A4 paper, copied, and filed. 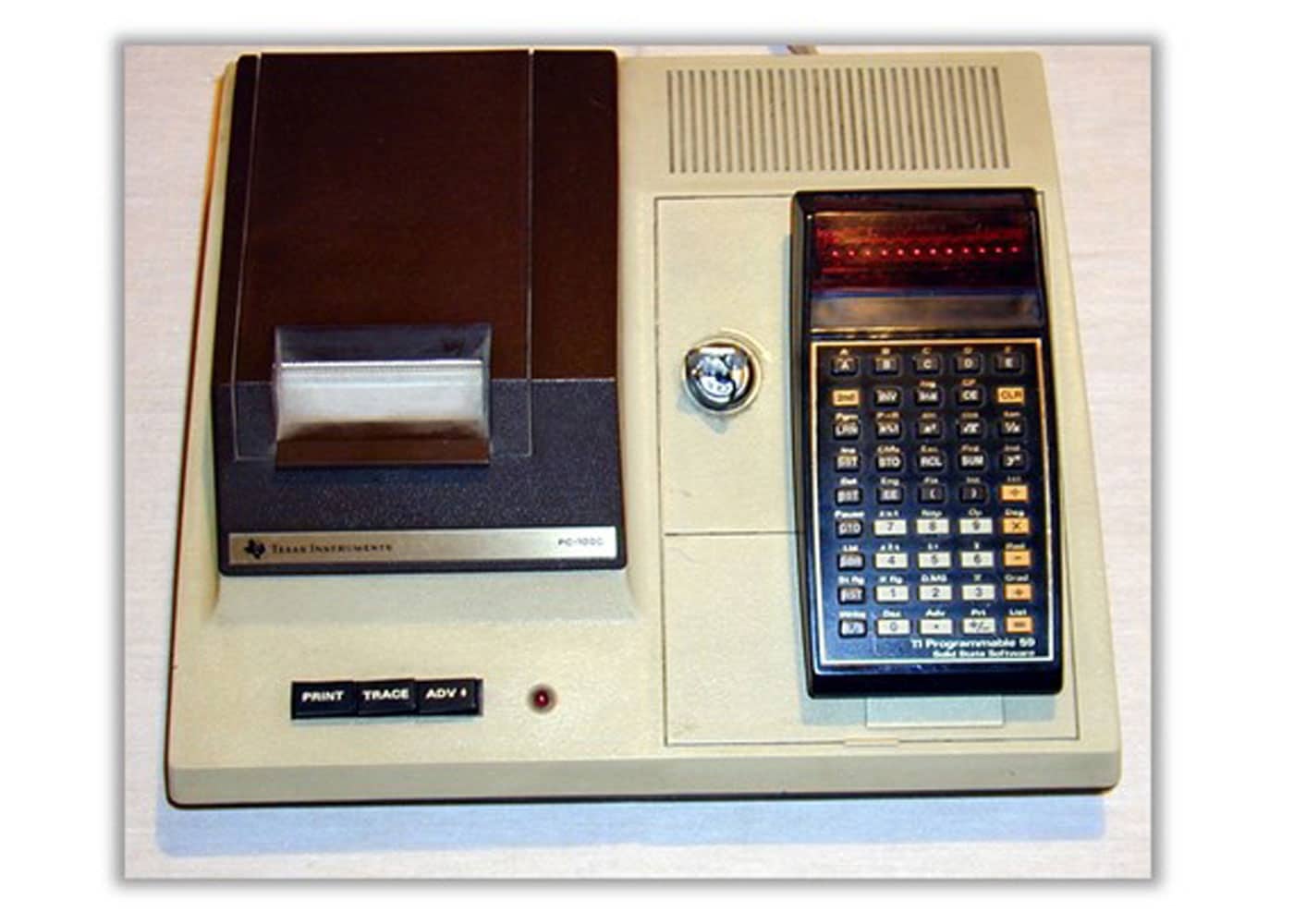 In the early 1980 we got an Epson HX20 that is considered by some to be the first Lap Top Computer. 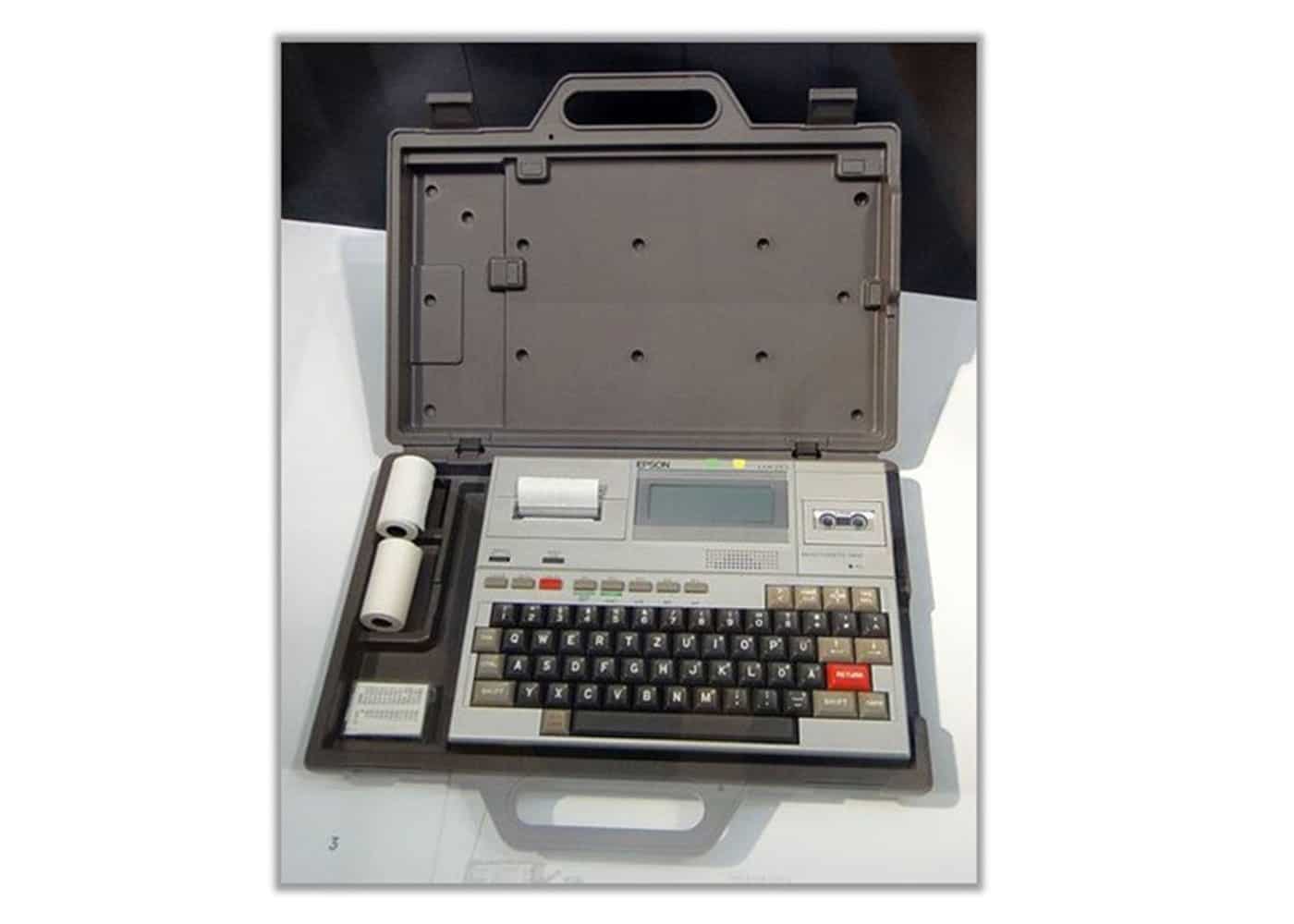 This had a larger memory (but ridiculously small compared to today’s computers) and a good keyboard that made it more usable. Also, programs and data were stored in a built-in small tape recorder.

Looking at these two examples and comparing with today’s computer equipment it is easy to laugh and call them ridiculous, but the fact is they were the top of what was available for small business, like yacht building in those days. The were no software available fore these so everything needed to be coded and this naturally due to time/capacity restrictions somewhat limited their use. But in all their simplicity they did allow us to do things we couldn’t do before. 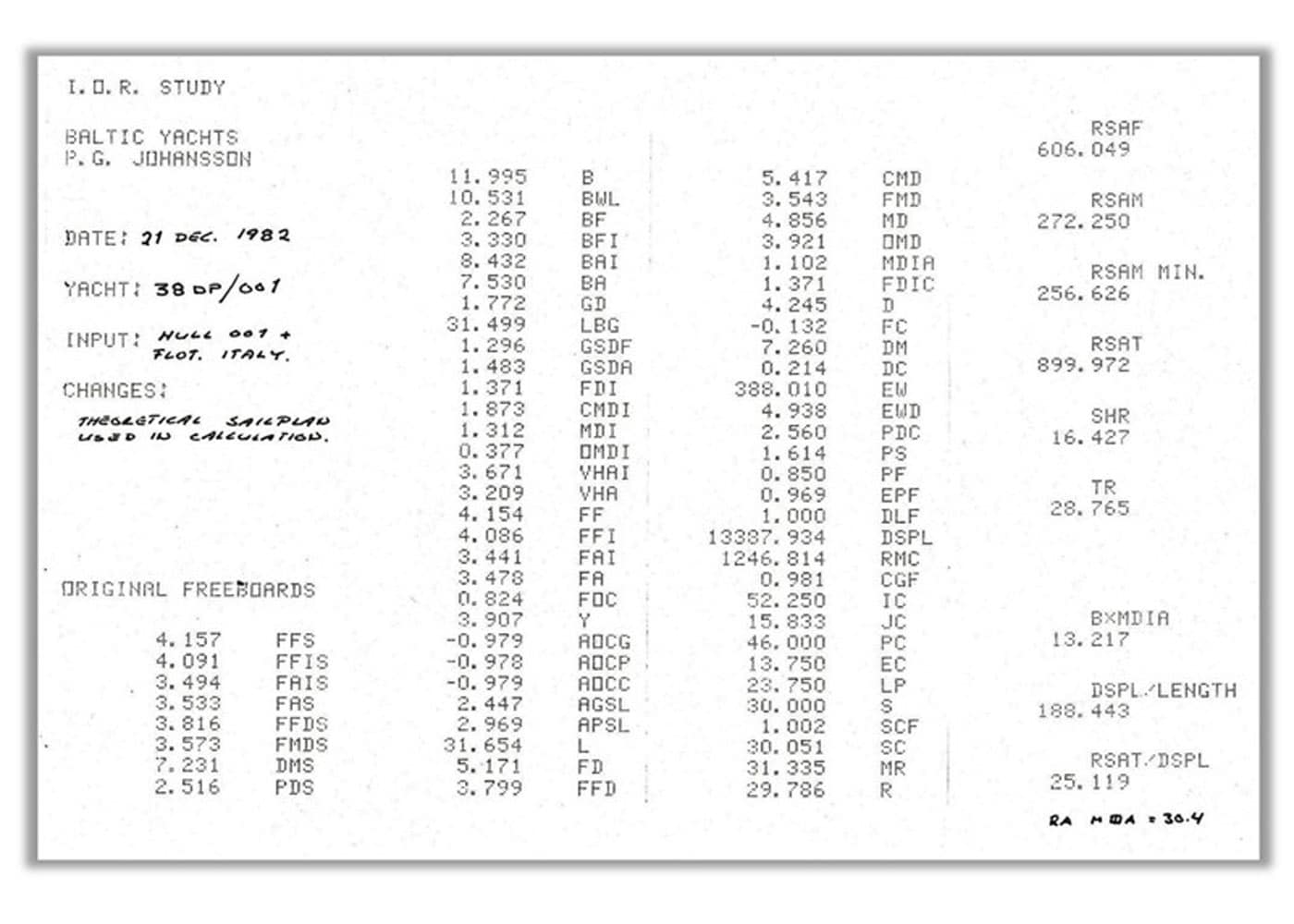 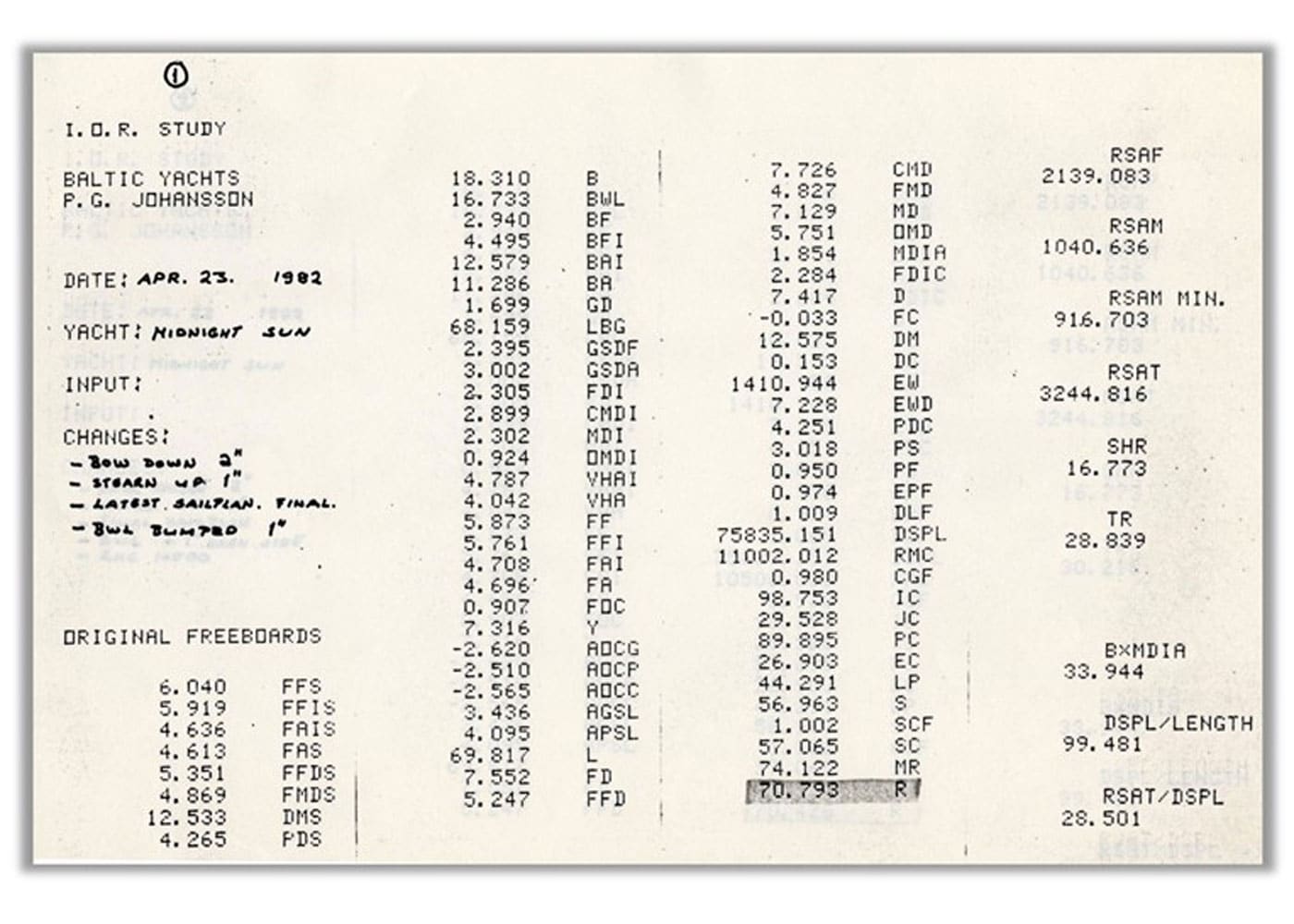 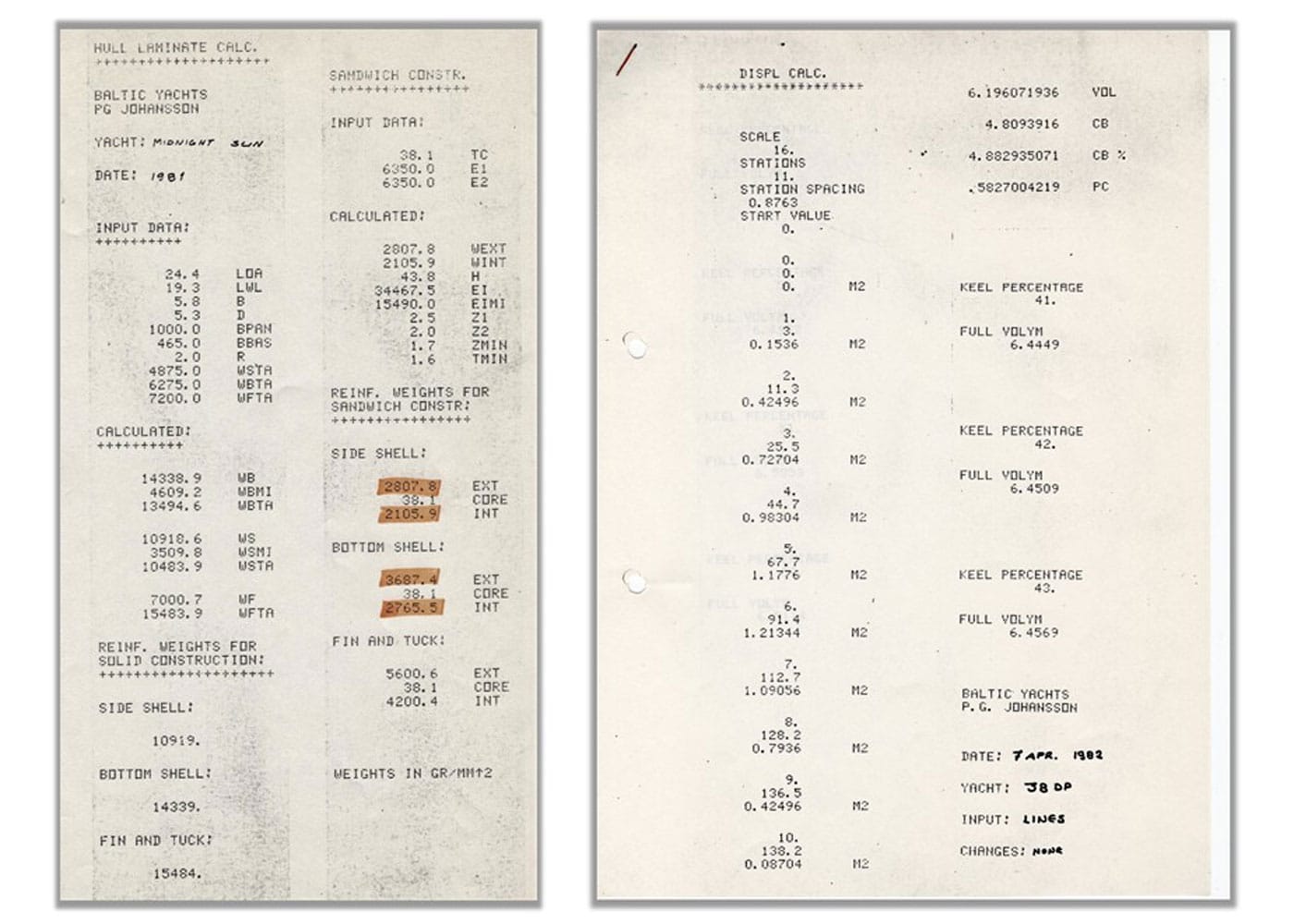 In the 1990: s the computer world exploded and both equipment and software became available. I remember the first “real computers” we had was Nokia “MikroMikko”. In the beginning they could not be used that much due to lack of software. But soon computers became better and for example spreadsheet software became available and this gave us possibilities to increase the use of computers. Software like the Microsoft Office with Word, Access and Excel plus a few others came on the market and things really accelerated. For the technical side of our activities Excel was very much used for calculations.

Until this time all technical drawings we produced was done by hand and was very time consuming. 2D design software like AutoCAD came on the market, available to companies like us. Most of our personnel, technical as well as administrative, immediately saw the potentials and was enthusiastic toward the possibility of learning new things and using new tools.

There are two people that played an important role in the process of introducing these new tools to the technical side of our company. Jan Wikar and Roland Kasslin was two of the key players I this process. 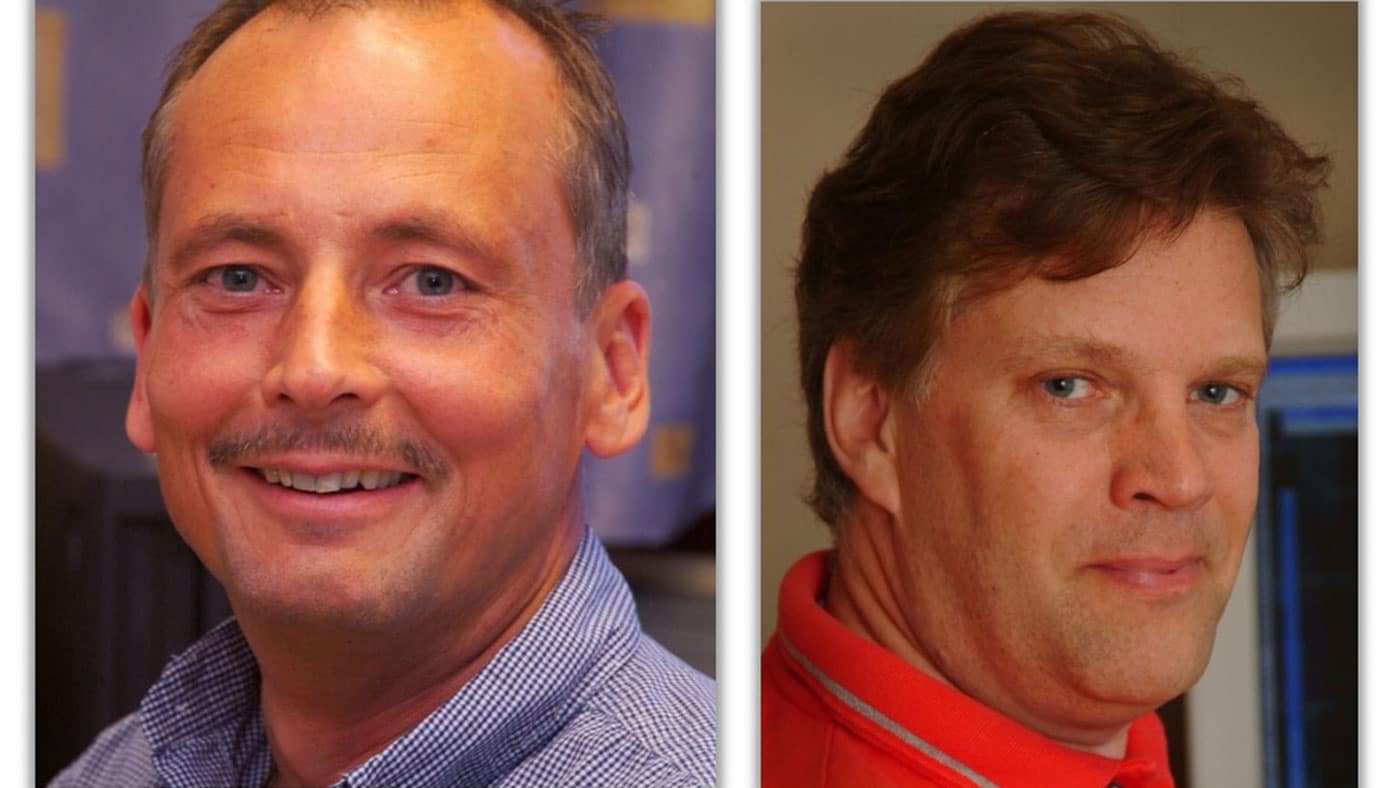 Looking back at those days and comparing with what Baltic Yachts have today the development is almost indescribable. Today Baltic Yachts is as computerized as can be with many in-house made programs and a large number of advanced licensed software. Comparing with those days it is like one would live in a different world. 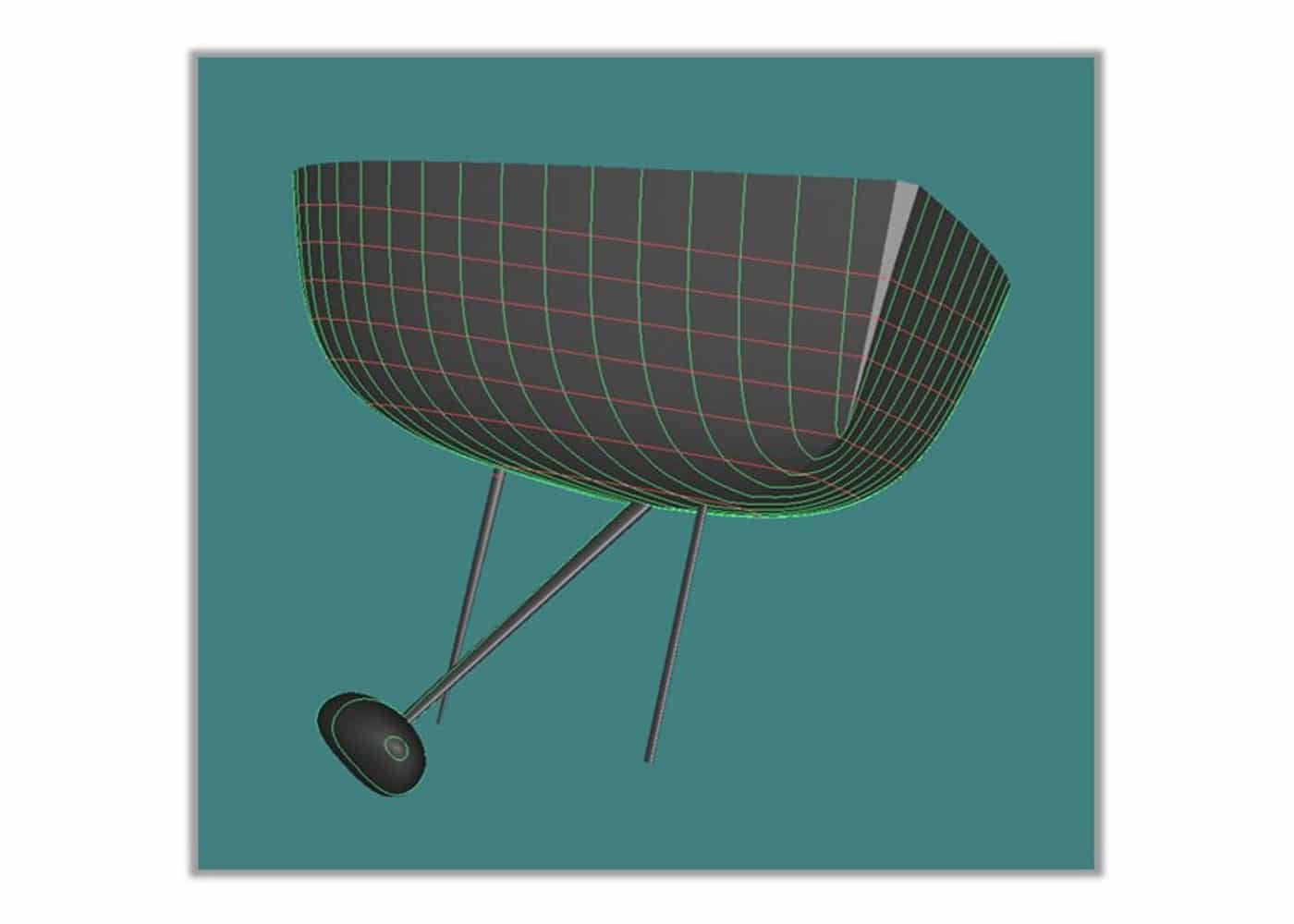 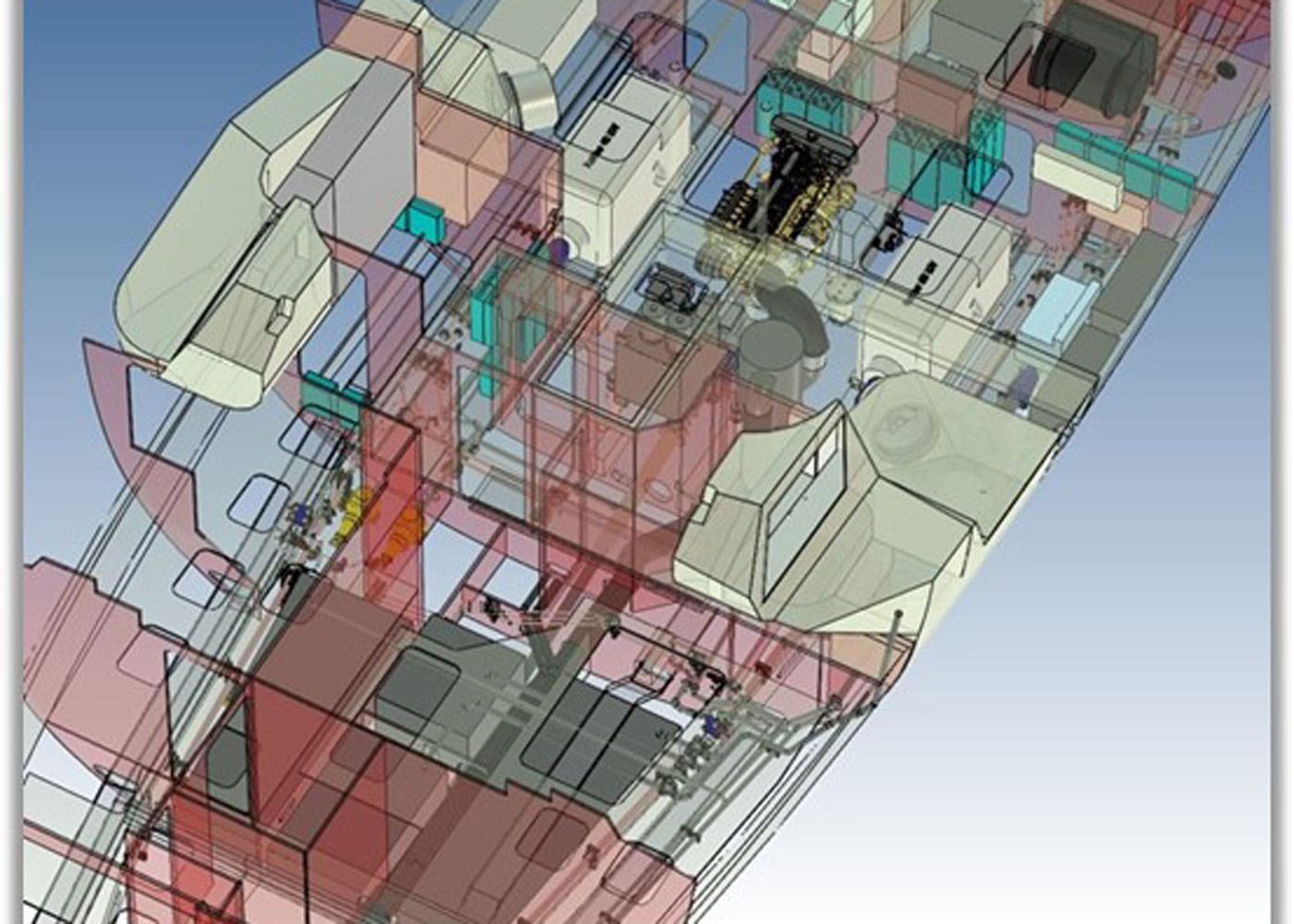 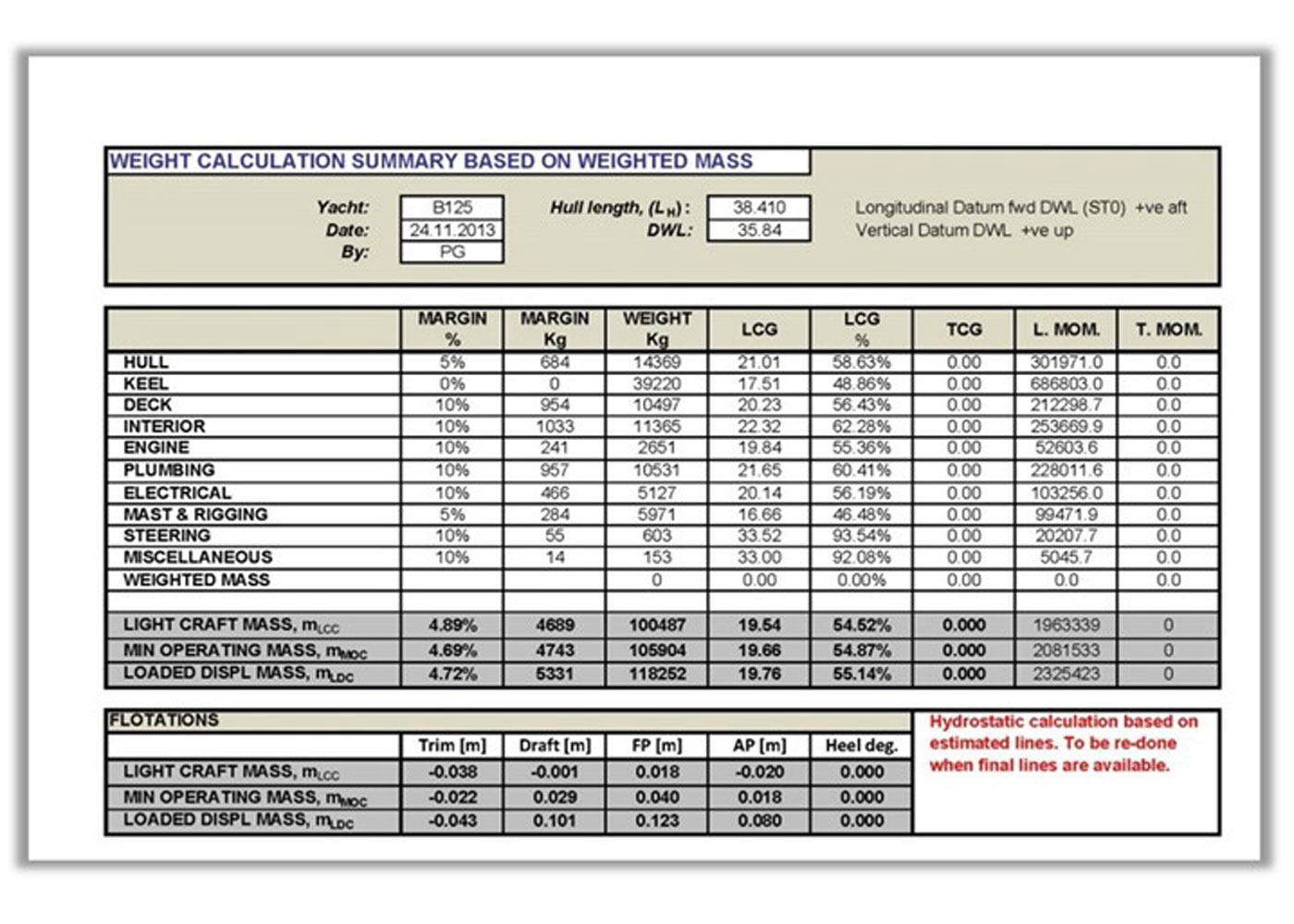 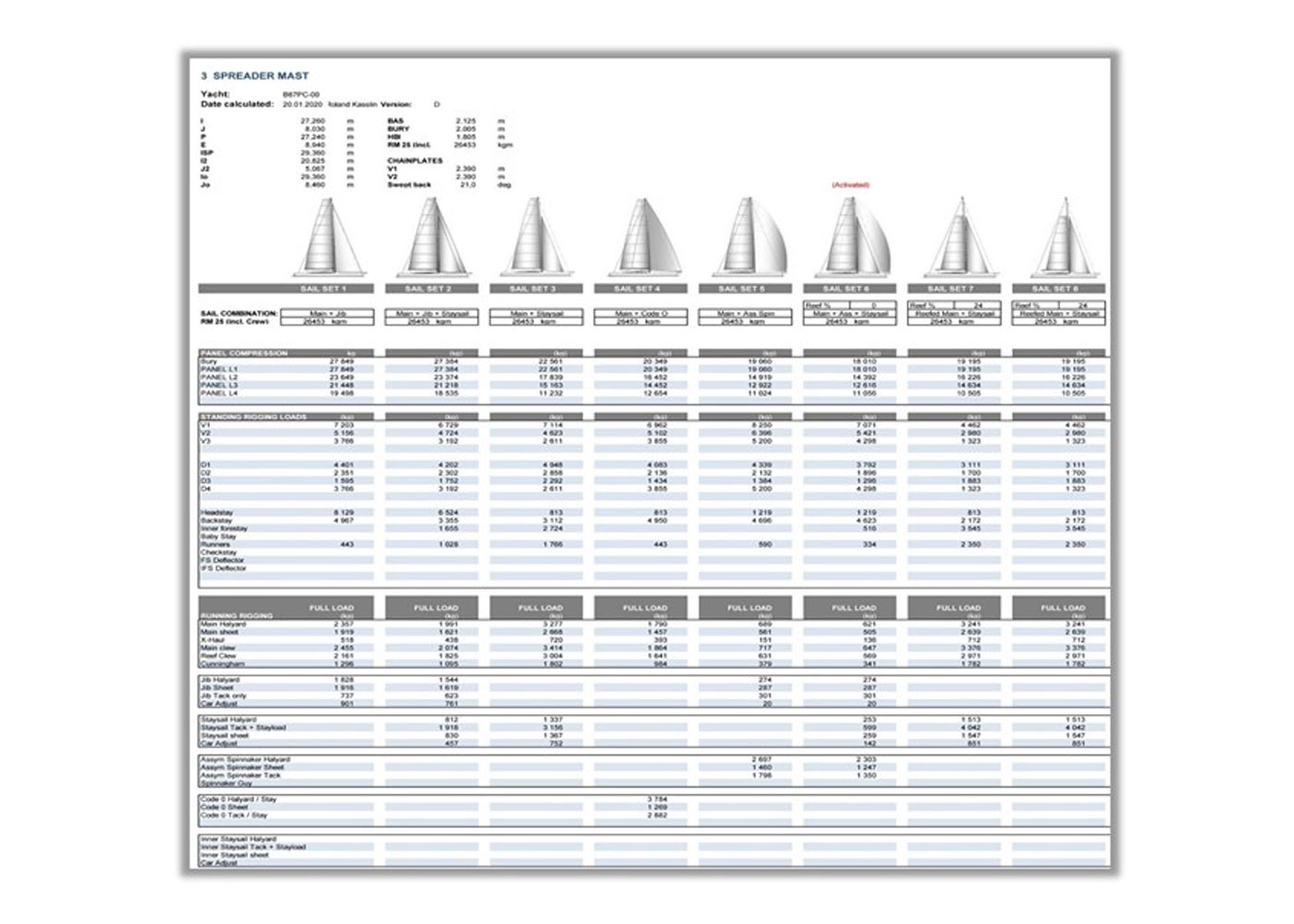 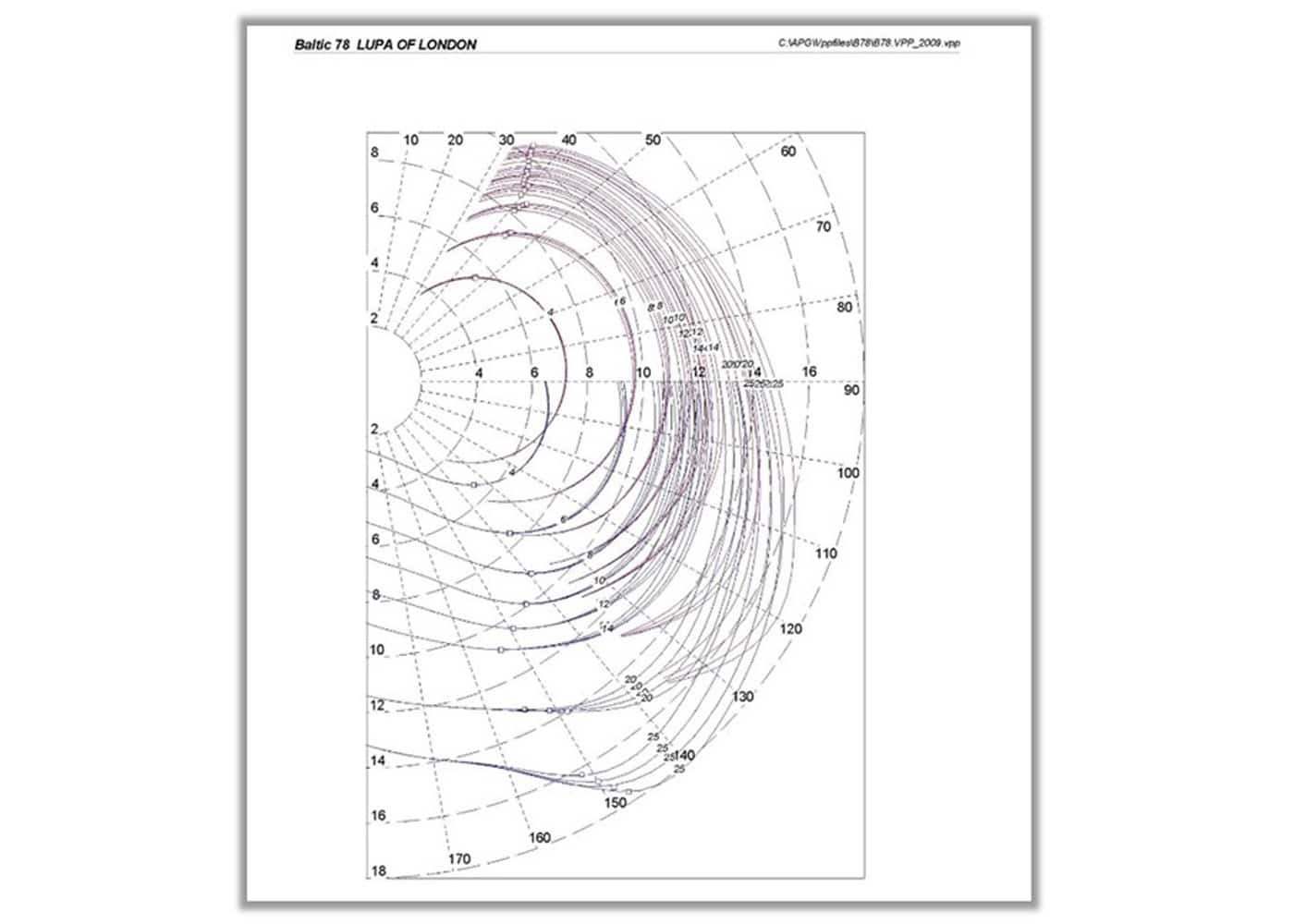 The above is just a fraction of the total but looking in old files and comparing with today’s one can only state that the development during these years has been astonishing. No way that one could foresee this kind of development in the early 1970: s.

Computers has totally changed the situation. To produce the drawings and calculation etc. done today would have been totally impossible in the beginning of Baltic Yachts history. Computers have made us much better and dramatically increased work capacity for example persons doing engineering but also for administrative work.

For Baltic Yachts to get computerized took a huge effort but gave a tremendously good result. Again, because of a good team effort.

It has been a complicated process but extremely interesting and rewarding and I am glad that I had the opportunity to be involved.

But, as with so many other things, development is a continuing process, and one needs to continue and keep the momentum up in order to stay at the forefront. 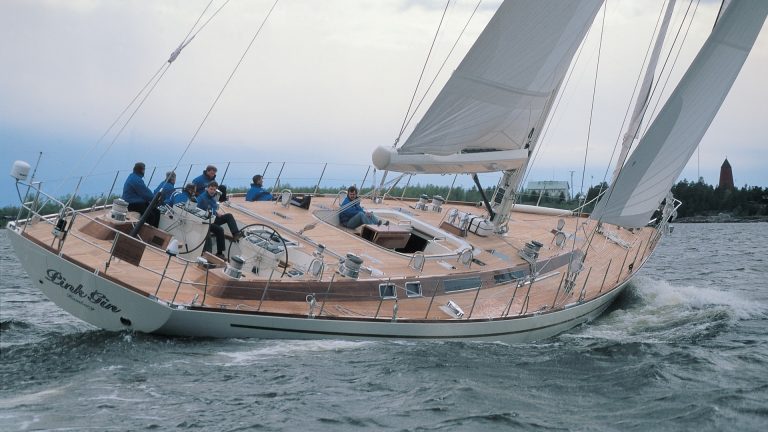 One of the many things that I have enjoyed very much during my years in the yachting business is the... 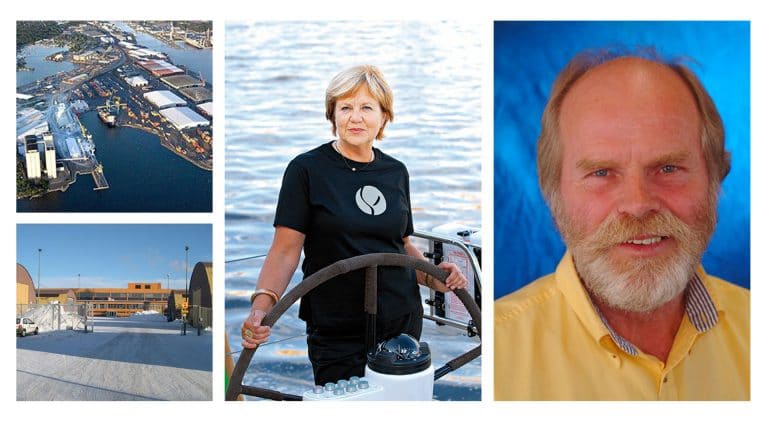 In, close to be, 50 years of existing, Baltic Yachts has produced many very special yachts and created a name...