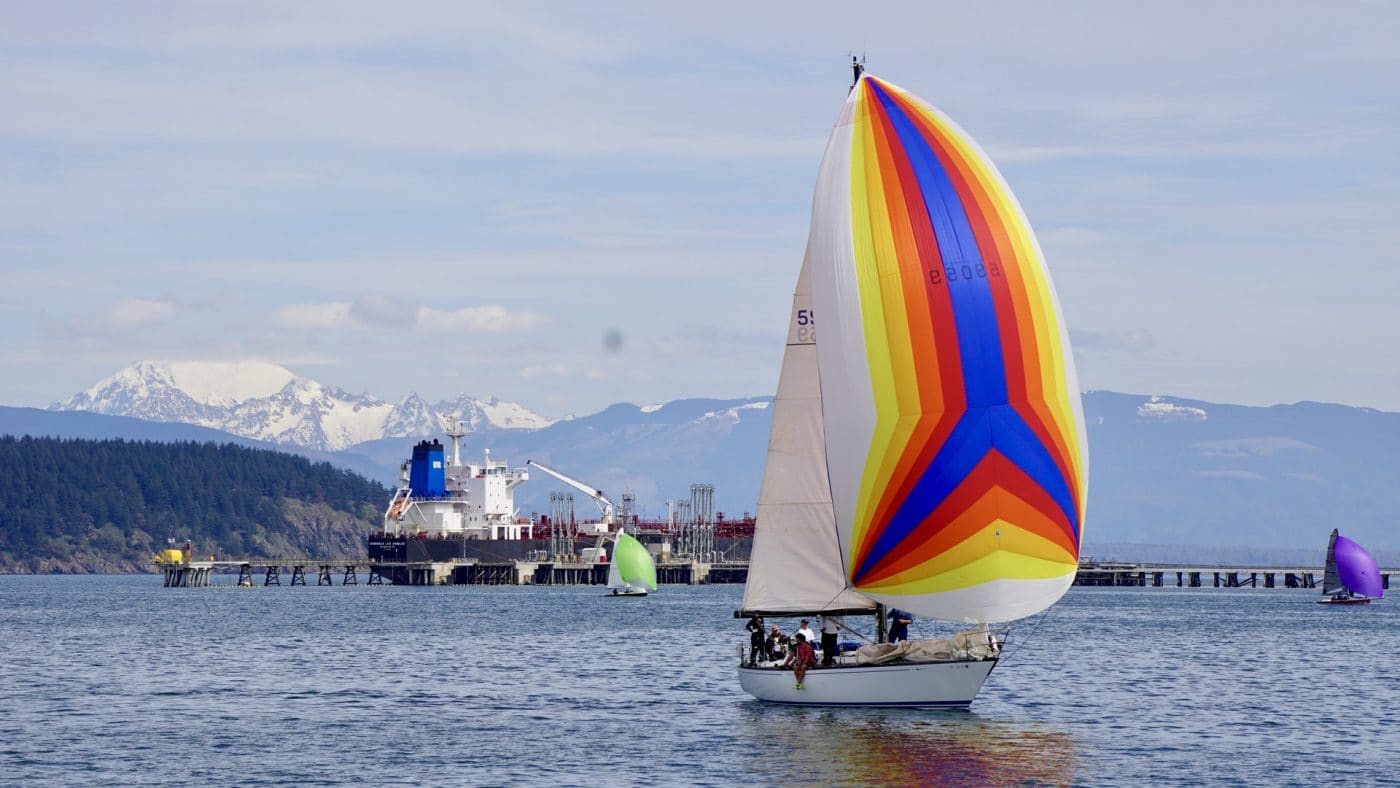 When Mac Madenwald was trading up from his Gary Mulldesigned Ranger 33 back in 1977 his intention was to buy a C&C 40, but a strike at the boat builder and a chance sighting of the new Baltic 39 in a brochure at his local brokerage office set him on another course.

Friends in Europe checked out the 39 at the Düsseldorf Boat Show and following rave reviews Mac bought hull number five unseen. Pangaea was shipped to Vancouver, British Columbia before being transported to Seattle for commissioning – after a telephone call to say his new yacht was on its way, he even followed the truck down the local highway as Pangaea headed for her new home port!

There’s clearly something about longevity which attracts Mac, a retired orthopaedic surgeon. He and his wife Wendy, who he met when she was crewing on another Baltic, are members of the second oldest yacht club in Washington State. The Anacortes YC was founded in 1891 making it the 4th oldest on the US west coast. And he named Pangaea after the supercontinent which eventually divided to form the geographical world we know today, 335 million years ago. 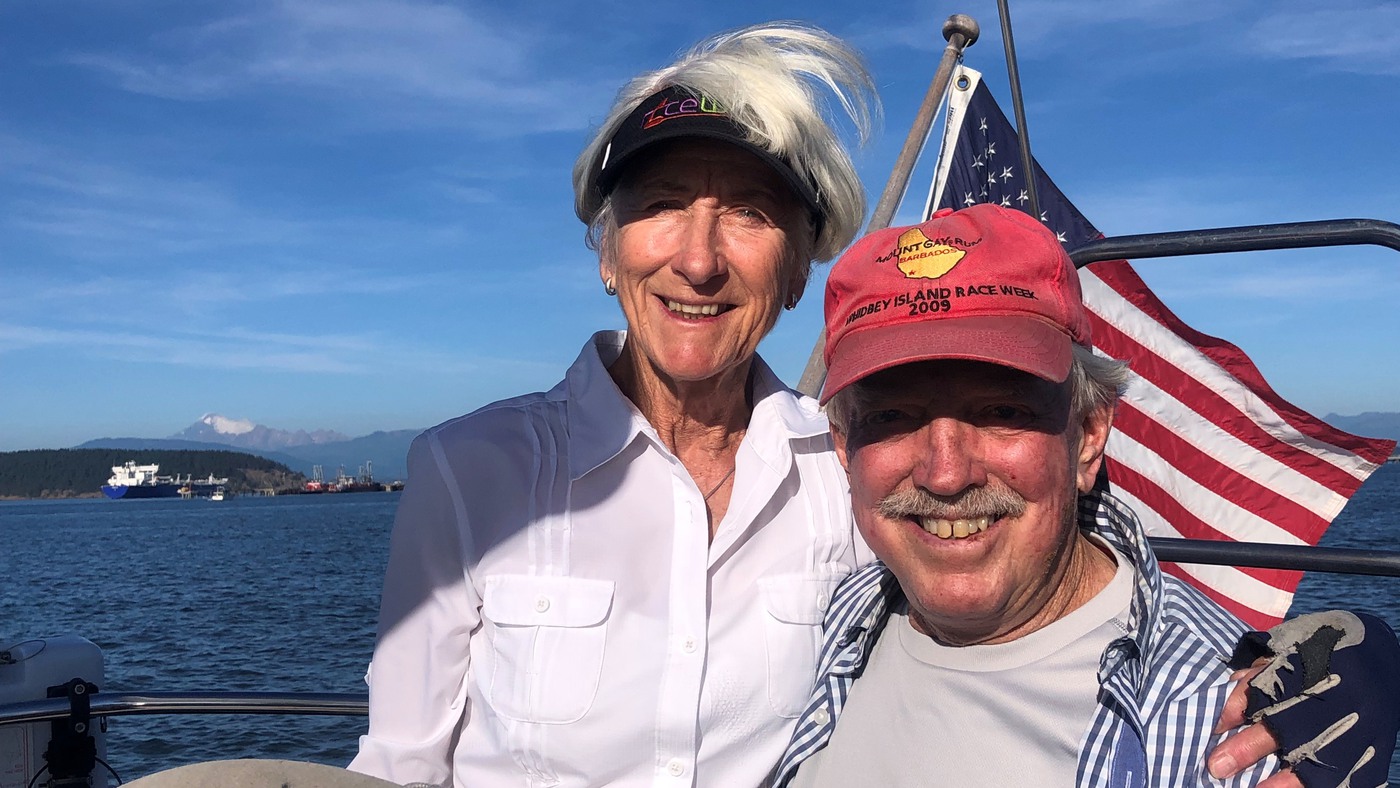 To cap it all, when Mac was invited to Jakobstad on occasion of Baltic Yachts’ 30th anniversary party in 2003, he was recognised as the longest continuous owner of a Baltic yacht worldwide. And it’s an accolade he has no intention of giving up any time soon!

Mac and Wendy continue to take part in the yacht club’s Wednesday evening ‘beer can’ races, they have completed two 2500nm Victoria to Maui races and they take advantage of the fantastic cruising grounds in the San Juan Islands, further north in British Columbia’s Salish Sea and south towards Olympia in Puget Sound. 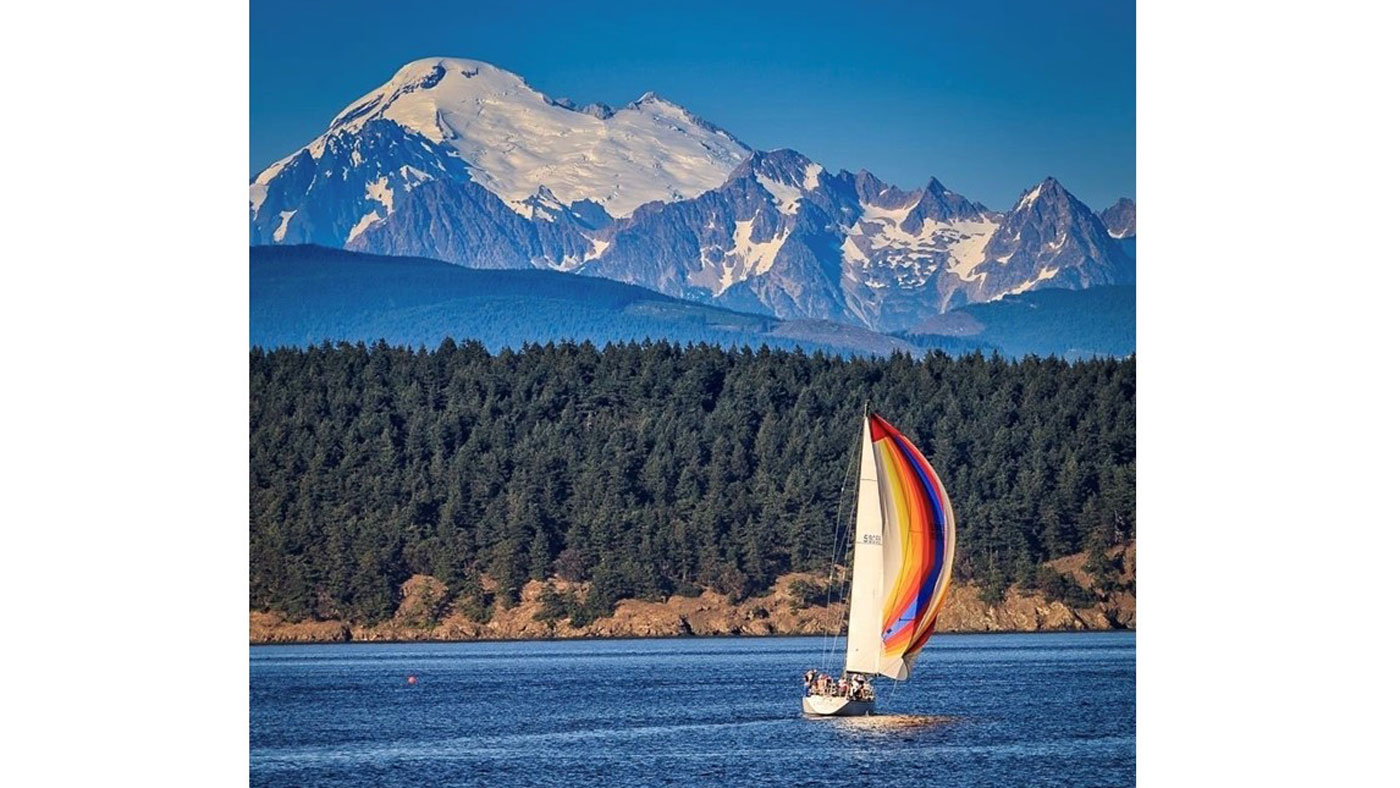 The fabulous backdrop of Mount Baker, 10,800ft, in the Cascade mountain range in Washington State, as Pangaea sails in waters close to her home port of Anacortes

“We’re a social kind of boat and love having people aboard,” said Mac who is particularly keen to get younger people afloat so that they can experience sailing and learn. In fact, so many people have sailed with Mac that some friends presented him with a licence plate which read “Honk if you’ve sailed on Pangaea”. And as a family yacht Mac says: “She’s brought up two children, three grand-children and counting!” 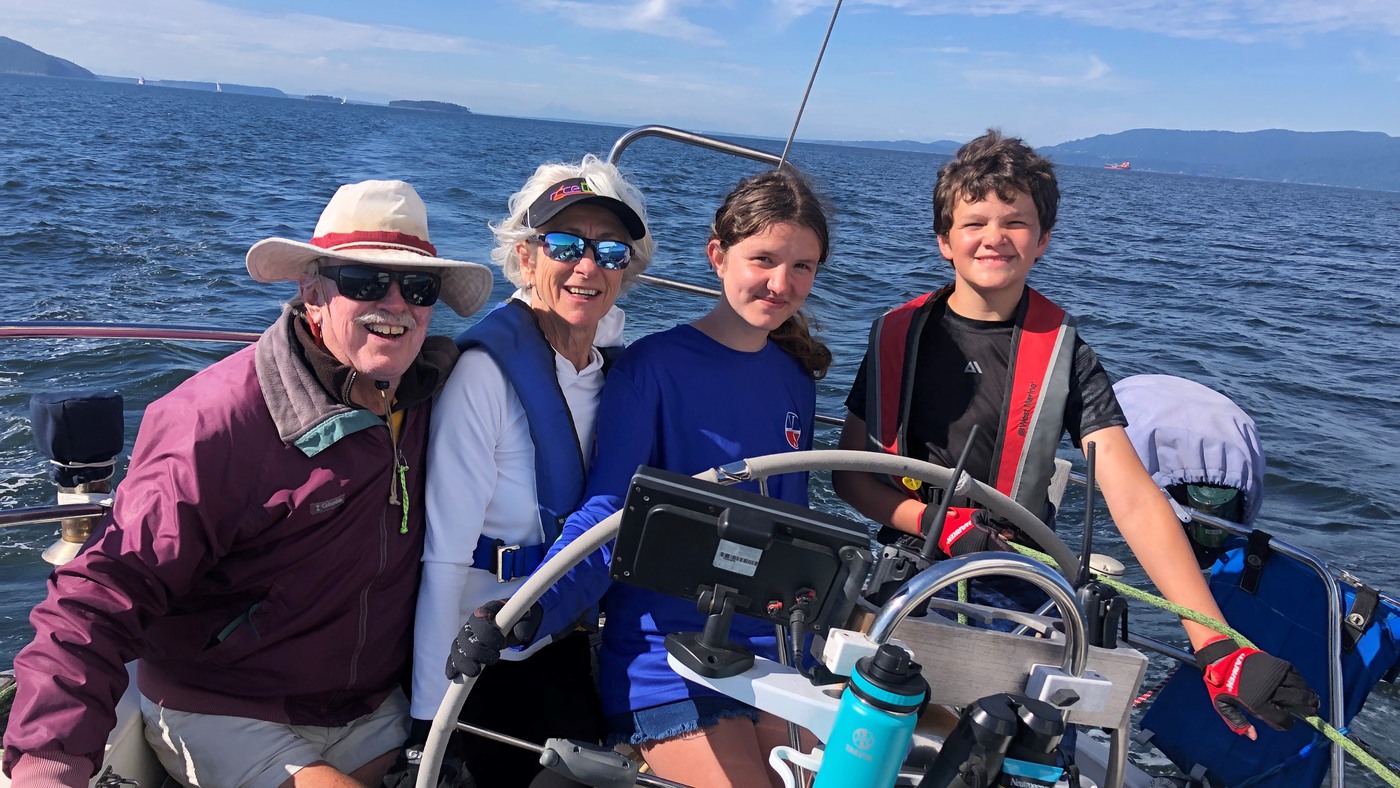 Sharing their enthusiasm for sailing with the next generation, Heath and Yarrow Voegtlin, two o of their grandchildren

Mac and Wendy keep Pangaea afloat in the Port of Anacortes Marina all year round and are out cruising or racing 90 days a year. “The boat has remained in great condition and the only item that might need attention soon is the teak deck – we’ve replaced the cockpit seating teak, but the rest is original,” said Mac.

One mishap occurred at the beginning of Pangaea’s life when the Saildrive leg completely corroded away due to a commissioning mix up. “We hadn’t seen many Saildrive legs out here back then and the leg wasn’t protected by an anode,” explained Mac. “But Baltic and Volvo were great and they came over here and sorted everything out – we haven’t looked back!”. 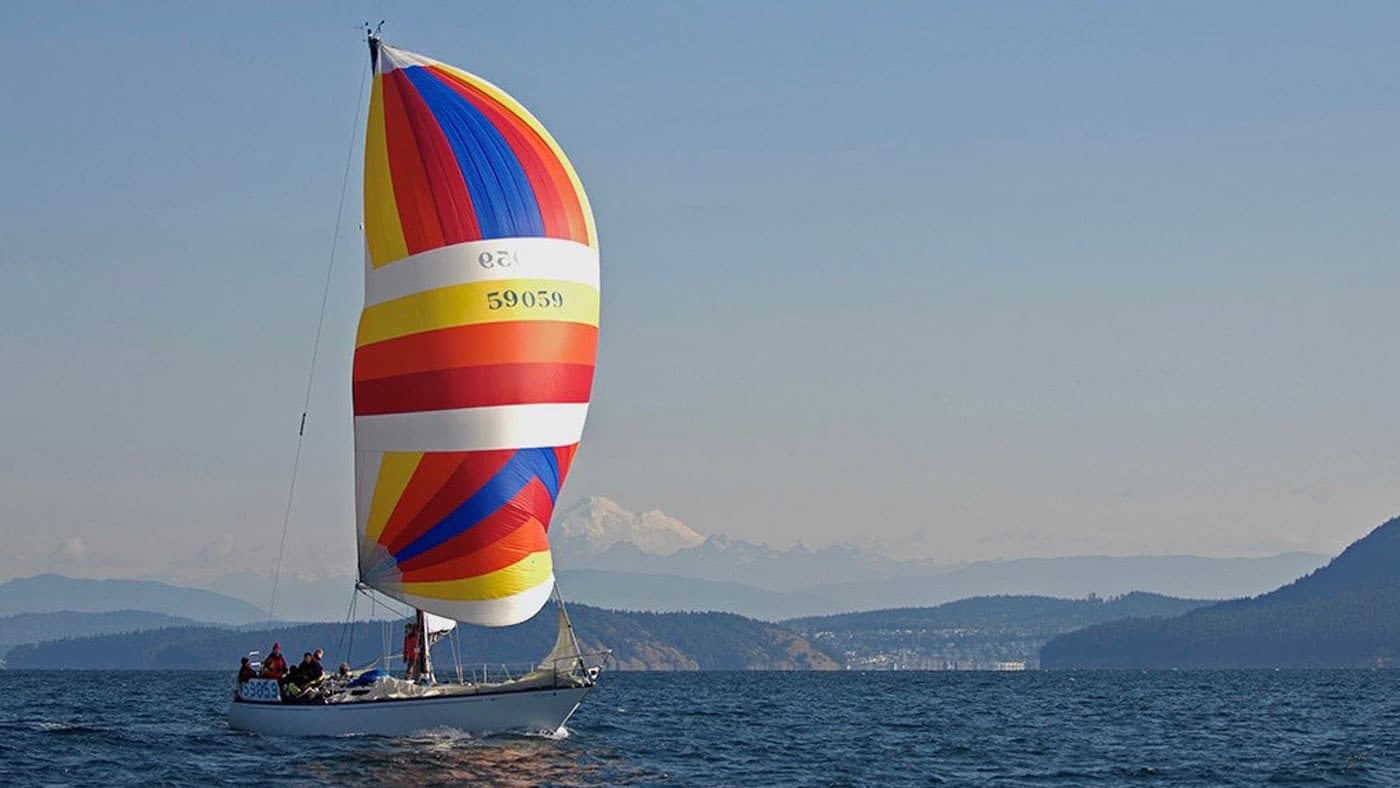