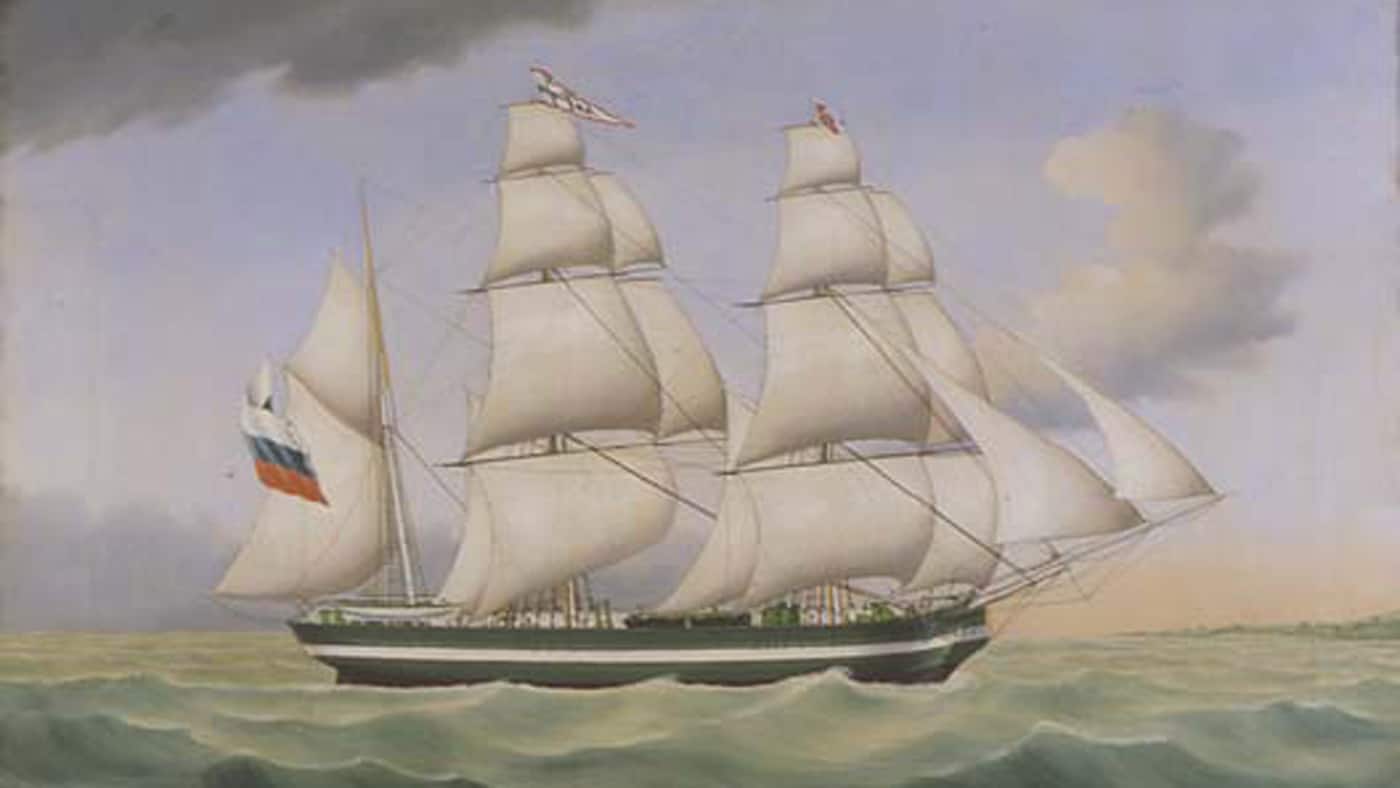 Jakobstad’s history of shipbuilding and seafaring

We would recommend anyone visiting Baltic Yachts to include the Malm House on their list of places to see in Jakobstad. It houses the town’s fascinating museum and tells the story of local seafaring and shipbuilding over several centuries, a story fundamental to Jakobstad’s existence and evolution.

The impressive building in which the museum is housed, is named after the Malm family who owned Finland’s largest fleet of ships in the mid 1800s and were the first ship owners to send vessels on transoceanic voyages. In fact, their ship Hercules was the first Finnish vessel to circumnavigate the world, in 1844-1847.

Peter Malm was born in Jakobstad and on completion of his studies in southern Finland in 1818 he worked in Liverpool, customary at the time for anyone intent on becoming a merchant. On his return to Jakobstad he followed in his father’s footsteps as a ship owner. Peter built an impressive fleet of ships using local woodworkers and craftsmen. He was also responsible for establishing the first steam sawmill, a distant forerunner of Jakobstad’s important current day wood pulp industry. 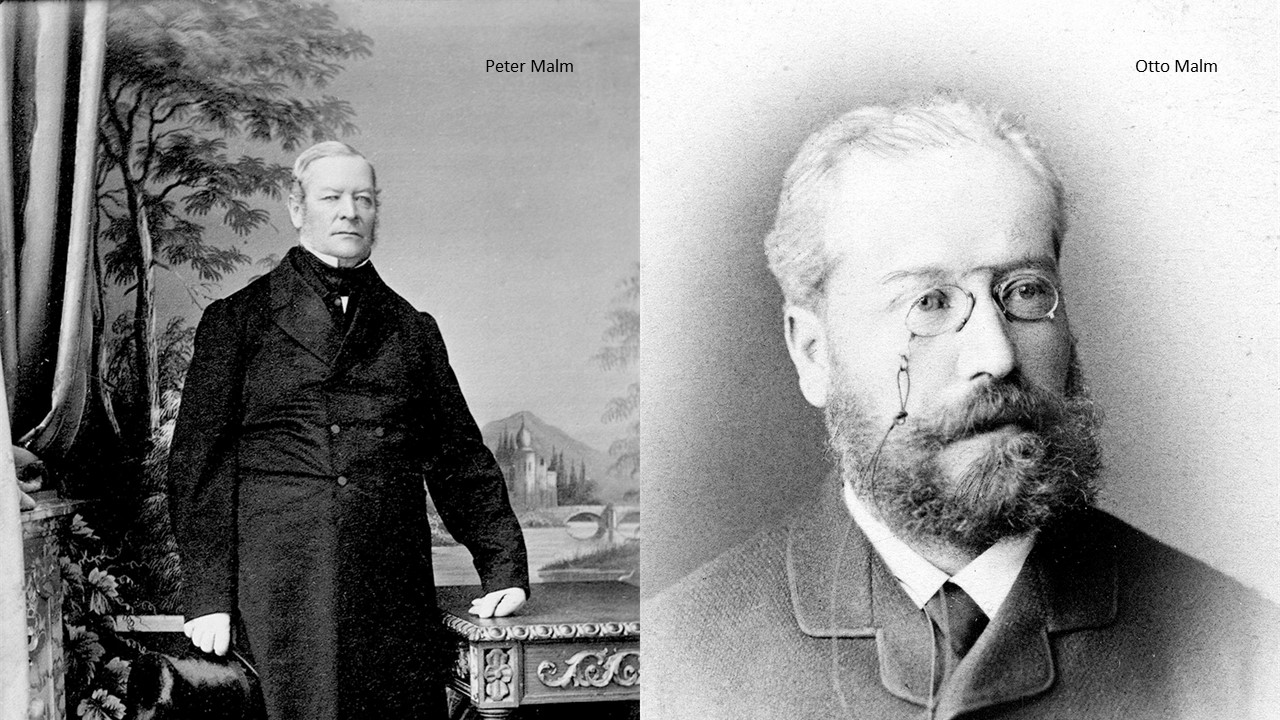 Peter’s son, Otto, helped re-build his father’s business after it was badly affected by blockading during the Crimea War (1853-56) in which Finland, as part of the Russian Empire, found itself in conflict with England and France. By the late 1800s Otto Malm had become the richest man in Finland.

Following the death of his wife at a young age, Otto Malm donated large amounts of money to Jakobstad paying for the construction of a school and hospital and also diversifying as timber sailing ships started to give way to iron and steam. He was involved in the tobacco industry and invested in forestry, both of which have been fundamental to Jakobstad’s development.

But the significance of ships and ship building in the region go back much further. Finland was part of Sweden up until 1809 so the ability to cross the Gulf of Bothnia was essential and depended on ships capable of making the voyage. Shipping was as important then as the airline industry is today. 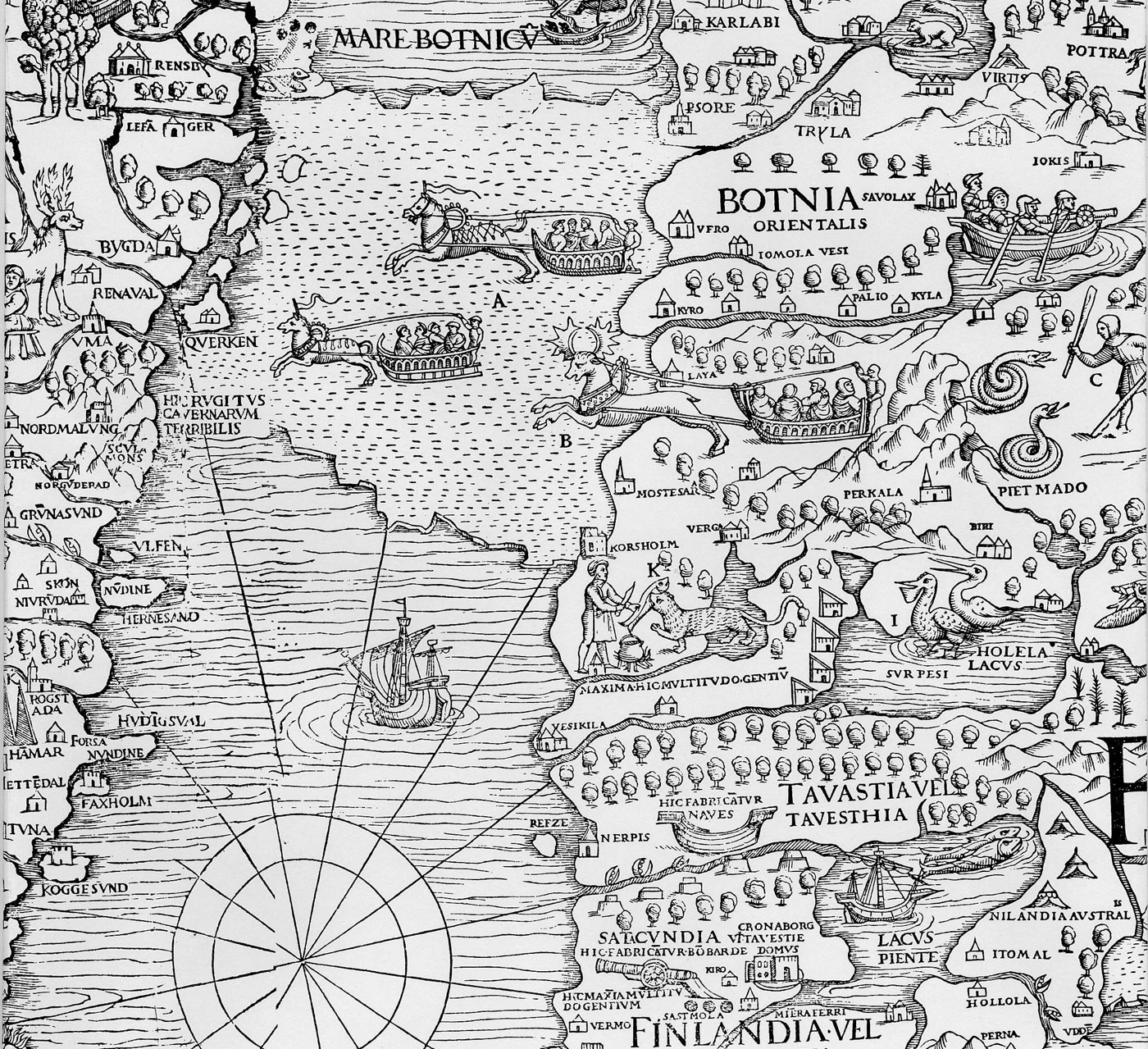 Charts of the Jakobstad area from the 16th Century are annotated with ‘hic fabricator navalis’ – ‘ships are built here’ – and there is further evidence of large swathes of forest existing in the region, indicating that the people who lived there were skilled woodworkers as timber was used for almost every construction including ships.

Ship building skills were further developed when the Momma brothers from Holland were attracted by the concentration of ship building in Jakobstad and set up their own shipyard. They brought new skills to the area and taught the locals how to use timber in the most efficient way.

The Swedish Crown chose the woodworkers of Jakobstad to build their naval ships of which ten were built in the town’s yards. Sweden was so impressed with the results that they established their own yard in Kronoby just 10km from Bosund where Baltic Yachts was founded and still operates today.

Jakobstad suffered what is arguably the greatest setback in its history when it was all but destroyed during the Russo-Swedish war at the beginning of the 18th Century when Peter The Great ravaged the west coast of Finland.

As the country began to recover it was shipbuilding that led the way, boosted by new Swedish laws that allowed ships to freely sail to ports other than Turku and Stockholm and by the American Revolution which resulted in a boom in trade with Europe and the Baltic states.

Throughout the Ostrobothnia region (then Osterbotten) satellite industries, supplying tar and sawn timber, flourished as Jakobstad and Kokkola became increasingly important shipbuilding centres with more than 200 ships launched in the early part of the century. The market for their vessels was international as the region’s reputation grew. 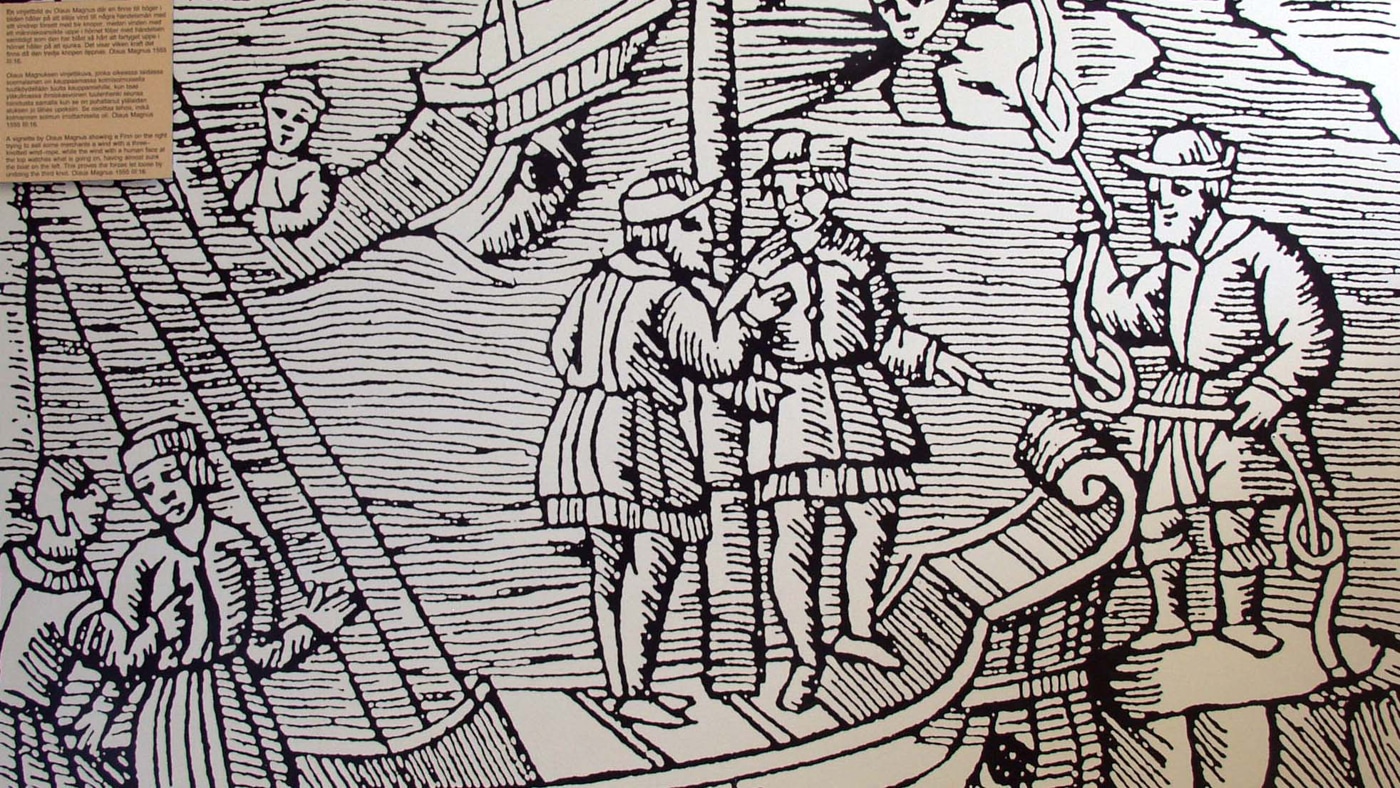 It wasn’t only the ships themselves that reached around the world. Finnish seamen, renowned for their skill and knowledge, were also canny salesmen, convincing fellow seafarers they could catch the wind, save it in a special knot and sell it to them! Talk of these magical qualities spread around the globe and many famous authors from Shakespeare and Byron to Conrad and Kipling make reference to the Finnish seafarers’ attributes.

Finnish seamen were often aboard ships making some of the earliest, great discoveries including Captain James Cook’s voyage to Australia from 1768-1771. Finn Herman Sporing was aboard Cook’s famous ship Endeavour and was one of the first Europeans to set foot in Australia.

The Jakobstad based ship Concordia was famous for making a remarkable voyage to the East Indies in 1782 returning with a rare collection of flora and fauna records of which are still available in the University of Uppsala in Sweden.

Towards the end of the 19th century the demand for timber built sailing ships started to decline with the advent of iron and steam power. Despite this there remained a market for small fishing boats and Finns were in demand for their good design and building practices.

Interest in leisure boating started to appear in the early 20th century and this eventually led to the founding of some of the most famous yacht building yards in the world including Nautor Swan (1966) and our own Baltic Yachts (1973). Finland’s reputation for excellent craftsmanship based on centuries-old woodworking skills handed down through many generations continues to keep our industry at the very forefront of top-quality yacht building. 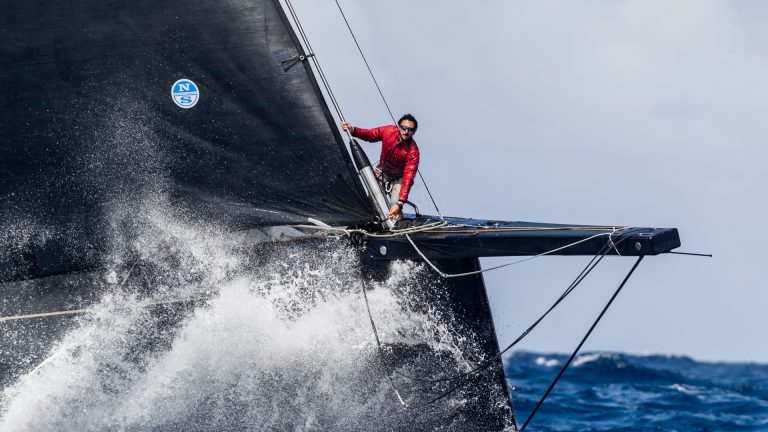 We are world leaders in advanced composite yacht building. We combine leading edge design and engineering with innovation and traditional... 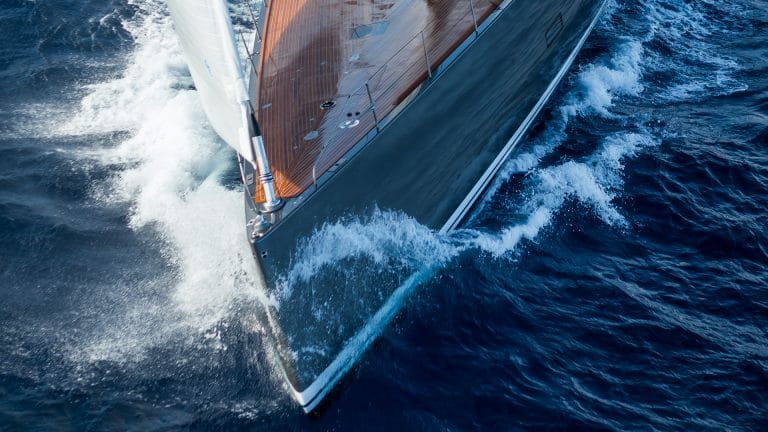 A comfortable cruising experience has always been a key sales pitch and driver in our designs. We want to make...