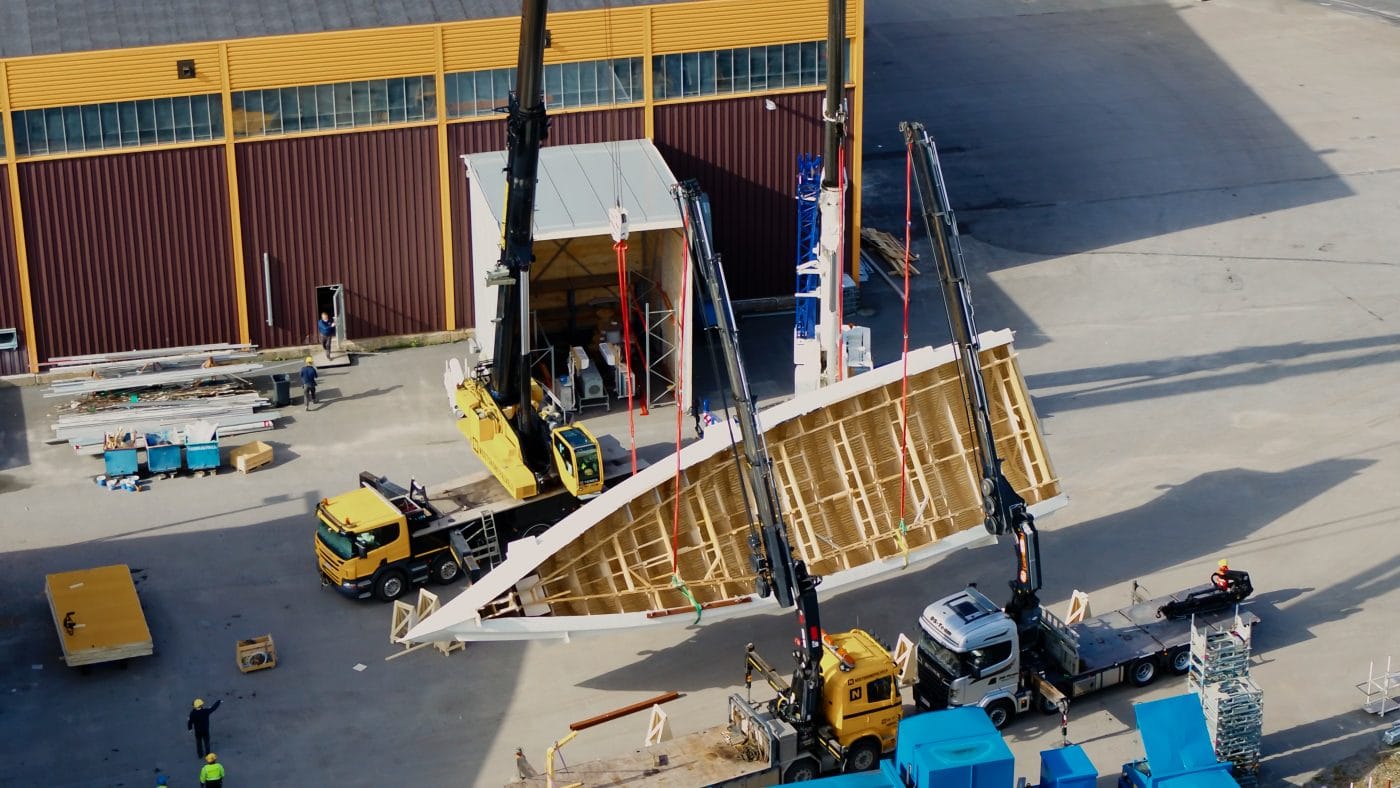 Unplugged! The hull plug of the new Baltic 68 Café Racer, over which its hull mould has been laminated, was recently removed in perfect autumn weather at our Bosund facility.

With the intention of building a number of hulls for limited series production, the mould is finished to an extremely high standard. These will be the first hulls Baltic Yachts has produced using flax reinforcement, adding to the yacht’s eco-friendly credentials to reduce her carbon footprint.

The video shows the 5-ton inverted mould being towed out of the construction hall before being lifted by cranes and carefully turned over. Once safely on the ground the mould was split open to remove the plug. The mould is now back in the construction hall where lamination of the first hull has already commenced in time for a Spring 2021 completion and launch.

Some 50% of the Café Racer’s hull will be reinforced with Bcomp ampliTex flax. A SPRINT pre-preg lamination technique is being used in this instance. Naturally grown flax has been found to possess good reinforcement properties and combined with resins makes an ideal building material with a lower carbon footprint.

The Café Racer’s ‘green’ credentials include twin 20kW electric drive legs powered by a Lithium battery bank which can be plugged in to shore power or charged using hydrogeneration, the twin free-wheeling props acting as generators. 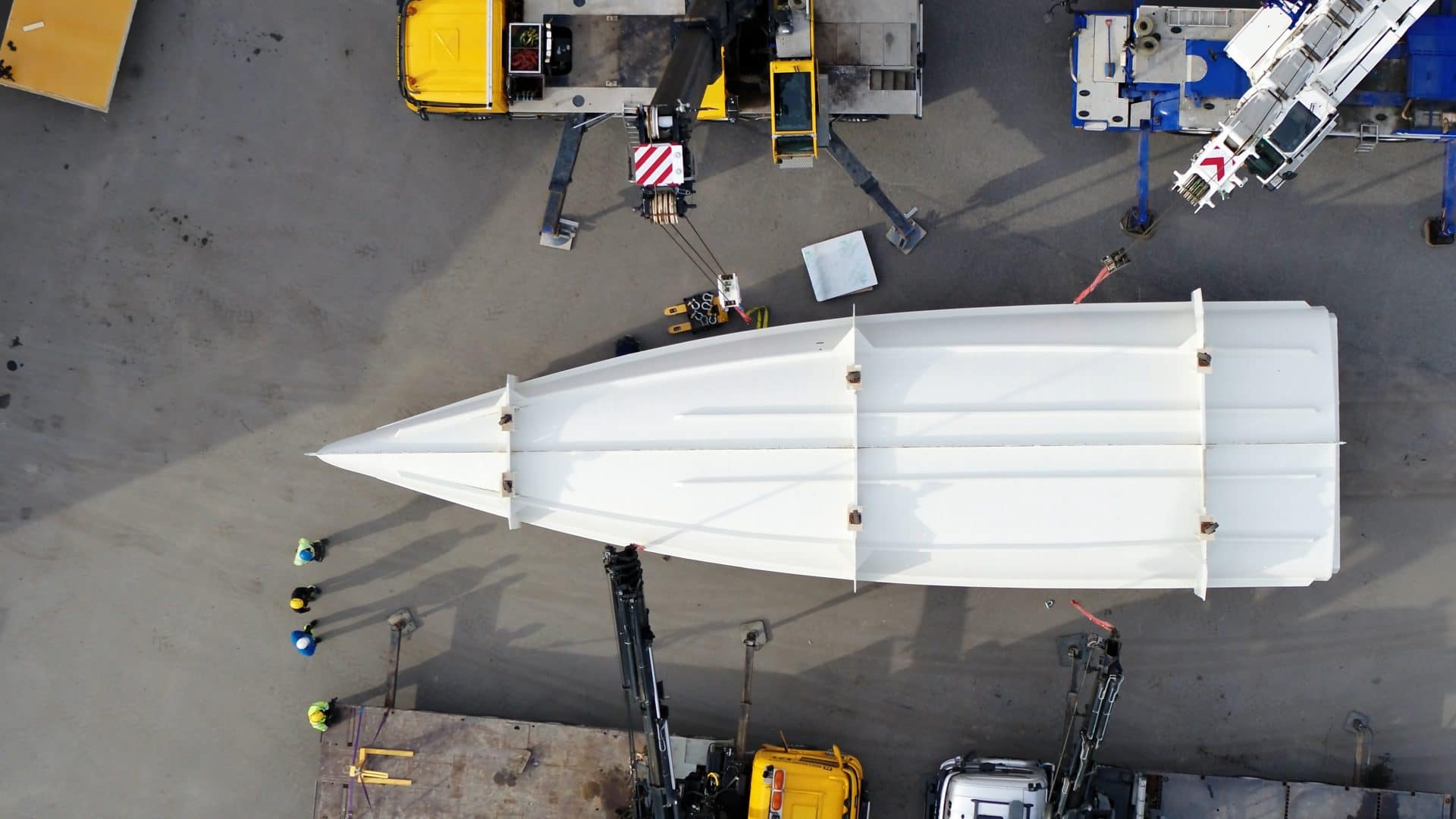 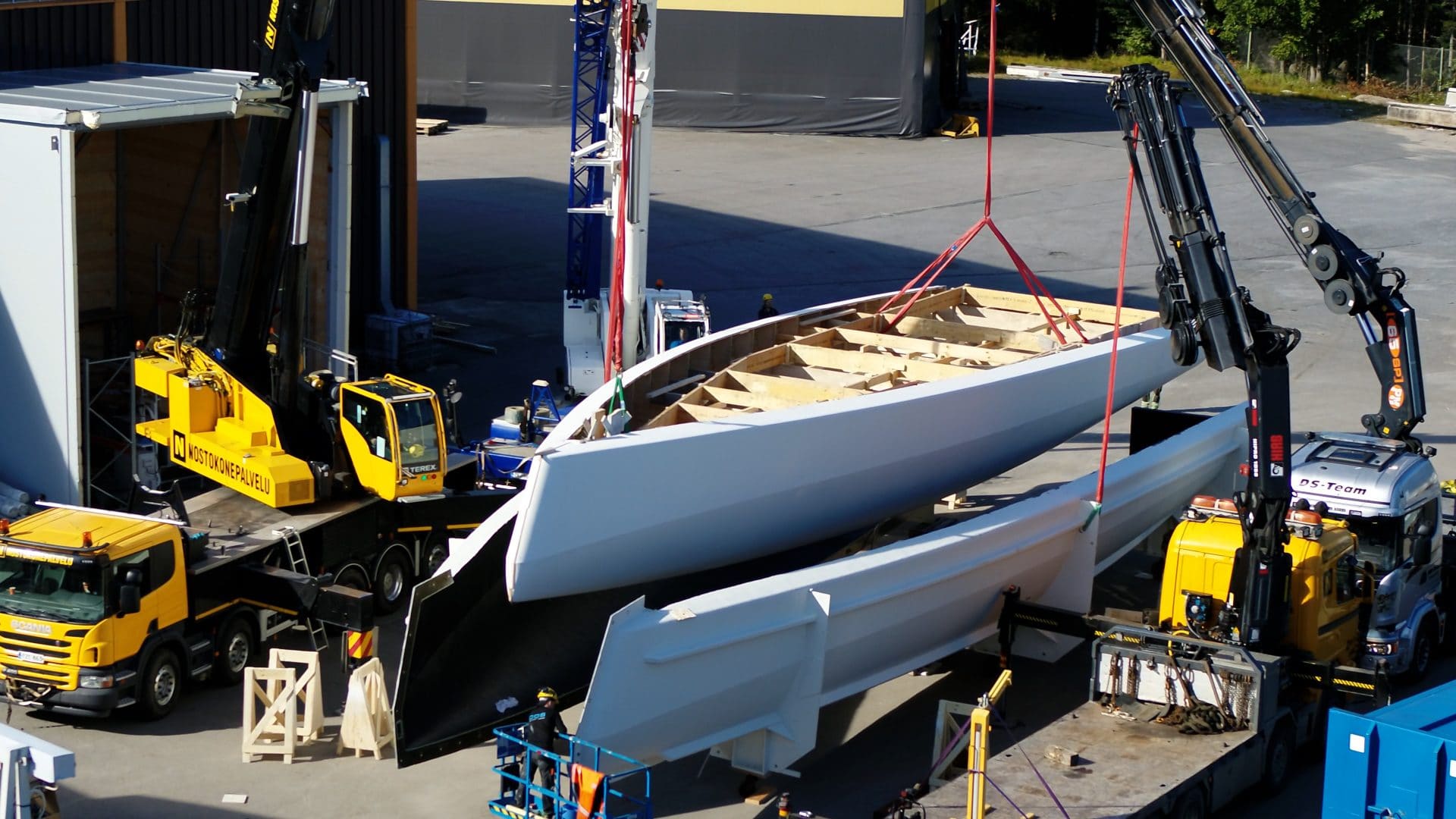 In addition, virtually emission-free micro-turbine technology is being employed in a ‘get-you-home range’ extender designed to eventually run on hydrogen.

The high-performance Baltic 68 Café Racer aims to get you sailing quickly and easily and while she is ideal for short-handed, relaxing day sailing she also has a sophisticated rig and sailplan using the latest sail technology to give her a serious competitive edge.

The Baltic 68 Café Racer offers a powerful package of exciting sailing and eco-technology, a modern yacht reflecting the Café Racer era of the 1960s when London’s Rockers rode pared down, visually minimalist motor bikes designed for fast rides over short distances. Riders and bikes were seen as disrupters displaying speed, status and rebellion – they had attitude 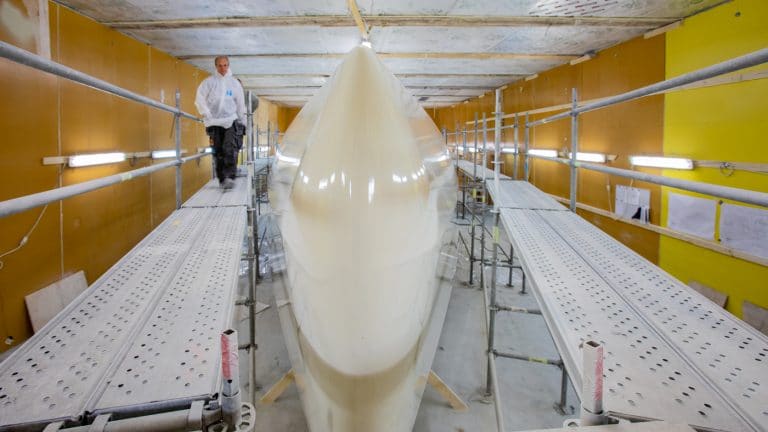 Here’s the super-smooth plug of the new Baltic 68 Café Racer, formed over a hand-crafted timber carcass and expertly faired... 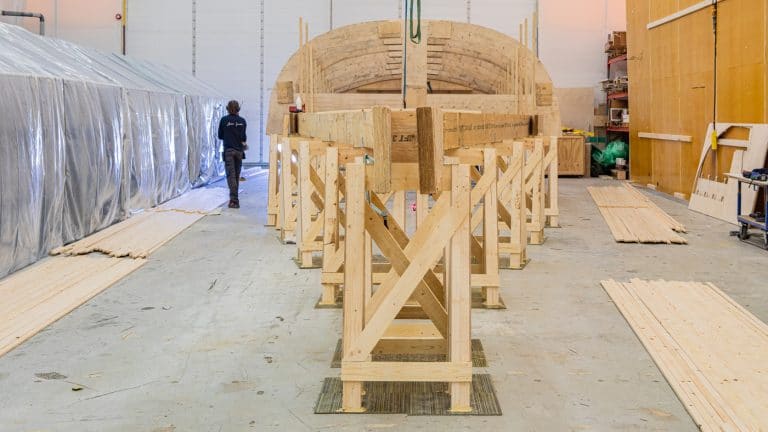 BALTIC 68 CAFÉ RACER - THE SHAPE OF THINGS TO COME

These are the early stages of construction of the new Baltic 68 Café Racer, an eco-friendly, easy to sail yacht...