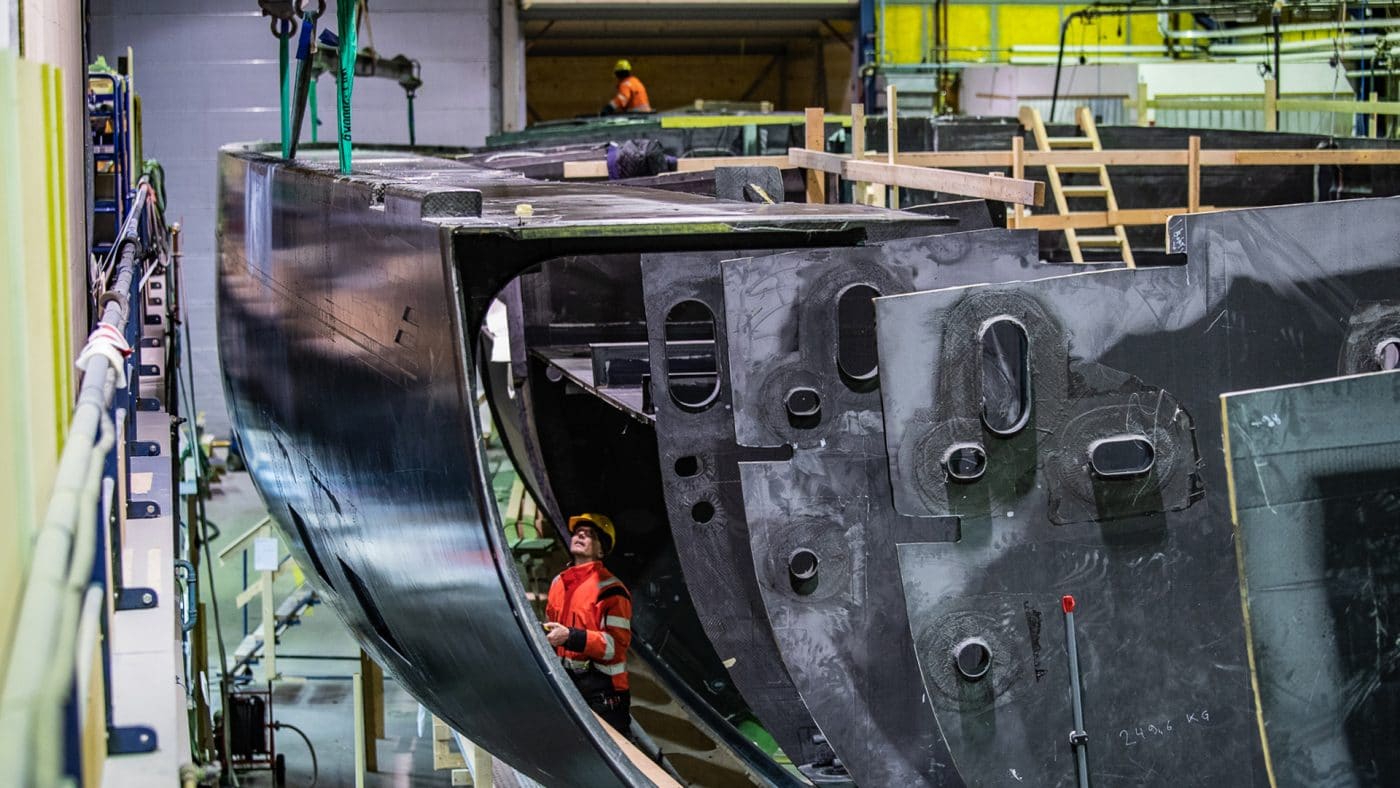 A key stage in the construction of the Baltic 146 Custom – the third largest yacht by volume built by Baltic Yachts – was recently completed in a precision operation to attach the port topside moulding to the central hull section.

This dramatic video shows how the topside section was first manoeuvred out of the build facility, removed from its mould and then craned into position to complete a perfect fit.

The pre-preg carbon and epoxy SPRINT advanced composite Baltic 146 Custom is a state of the art luxury bluewater cruising yacht whose owner plans to take her on a global adventure. The vast hull is built in three parts so that each section is easier to access, resulting in faster and more accurate construction. Before the three parts were brought together many of the systems like pipe runs and electrical cabling had already been installed.

As can be seen in the video, the topside section also incorporates a large part of the side deck, which provides a strong and stable landing for chainplates and the trays carrying pipework and cables. 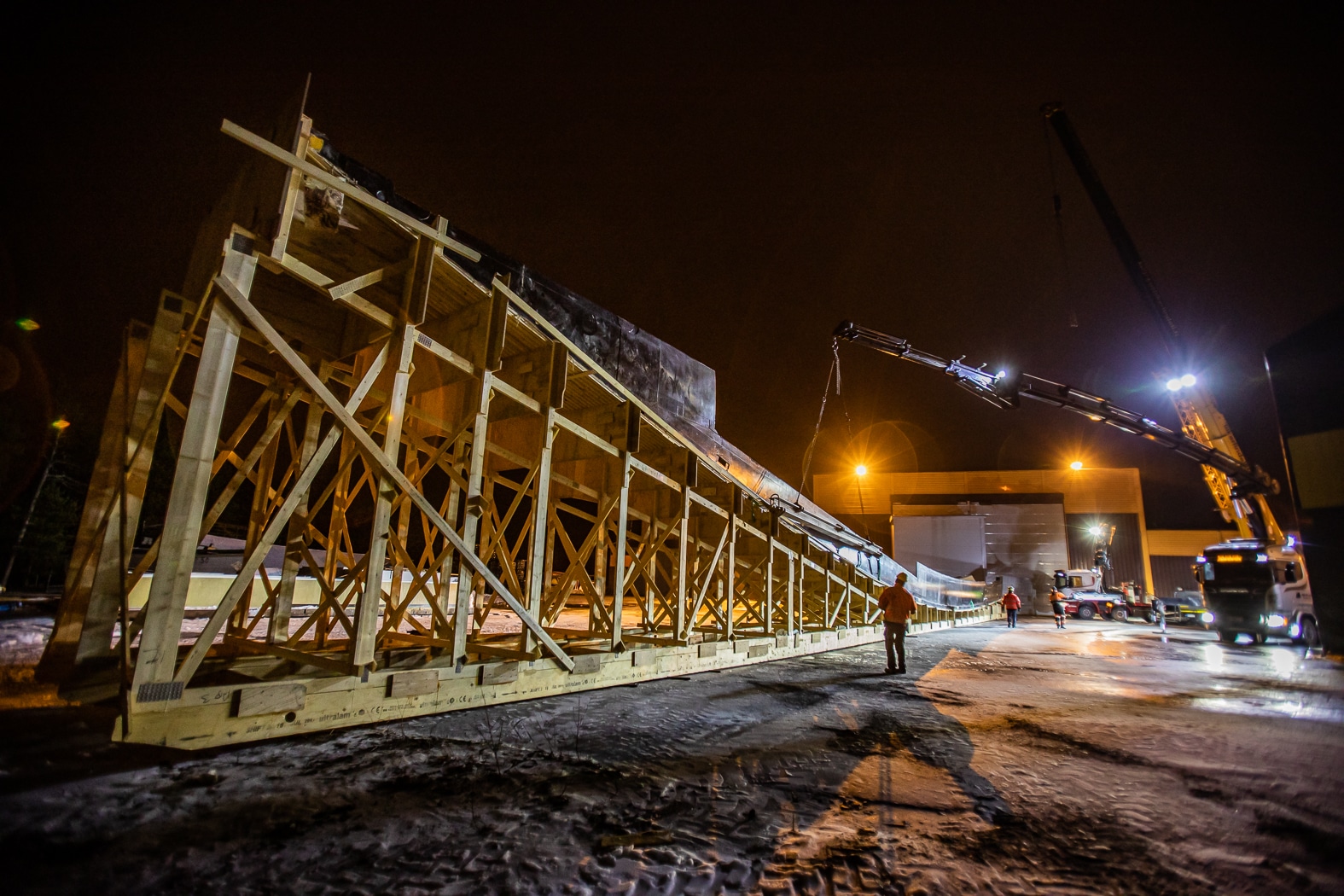 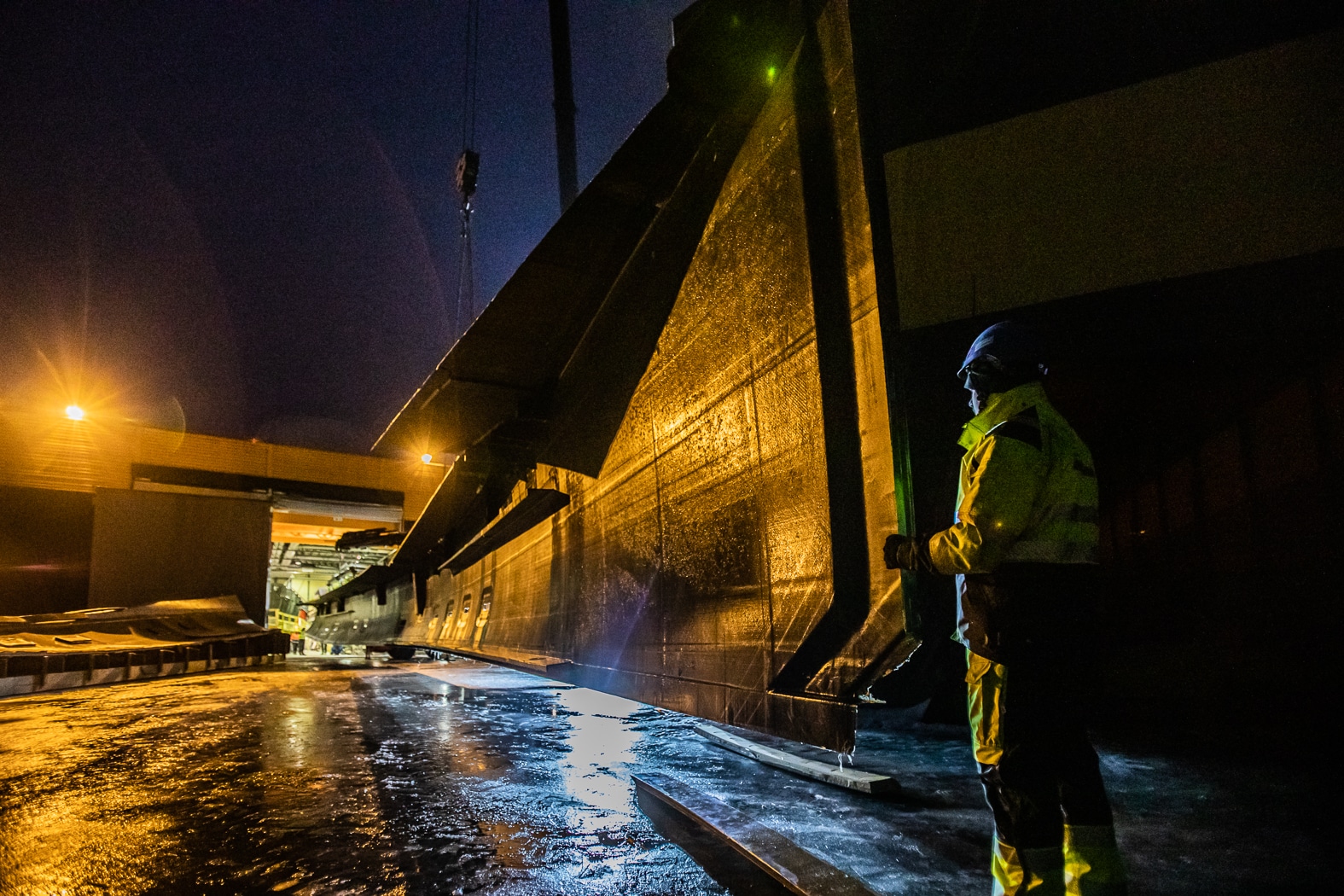 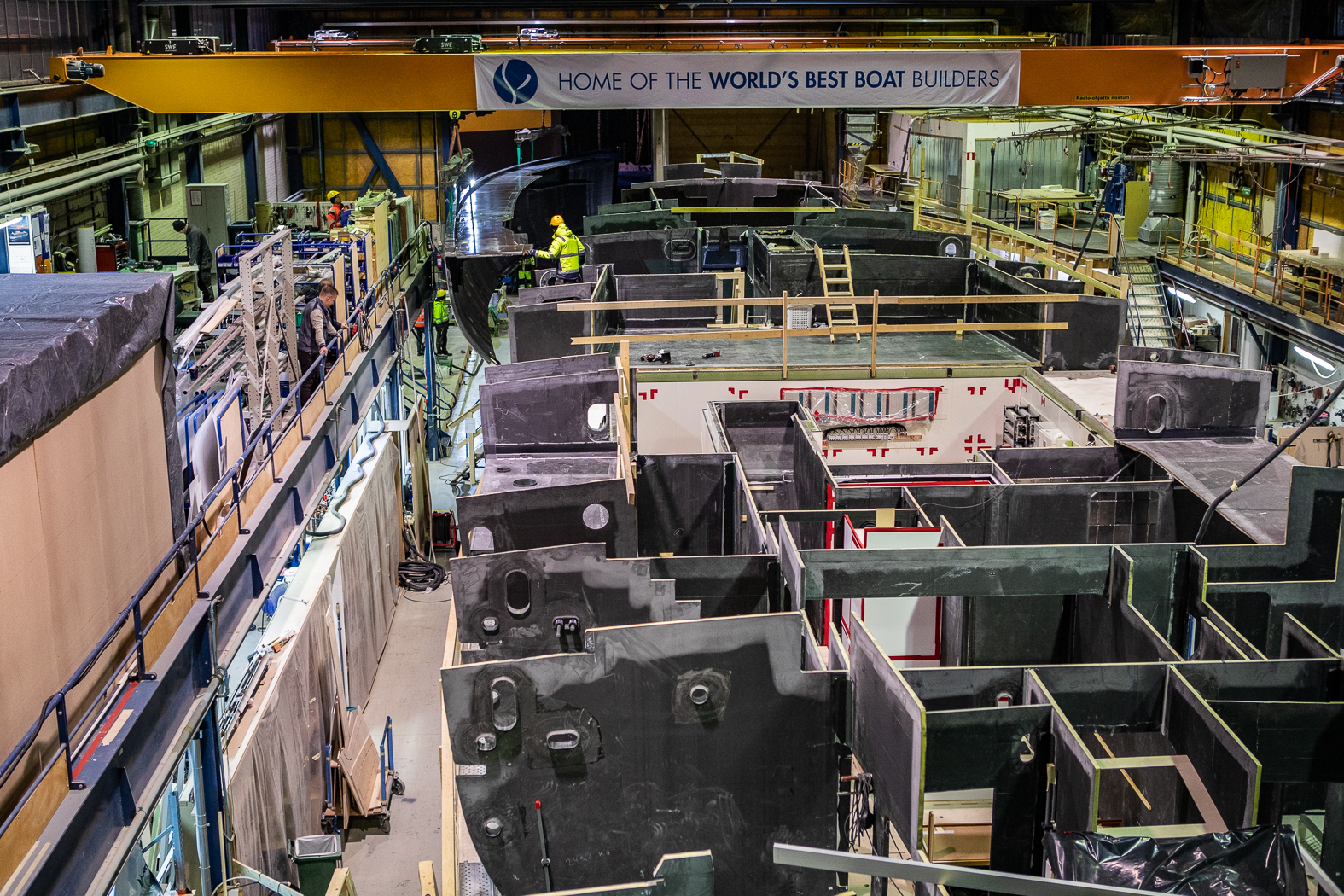 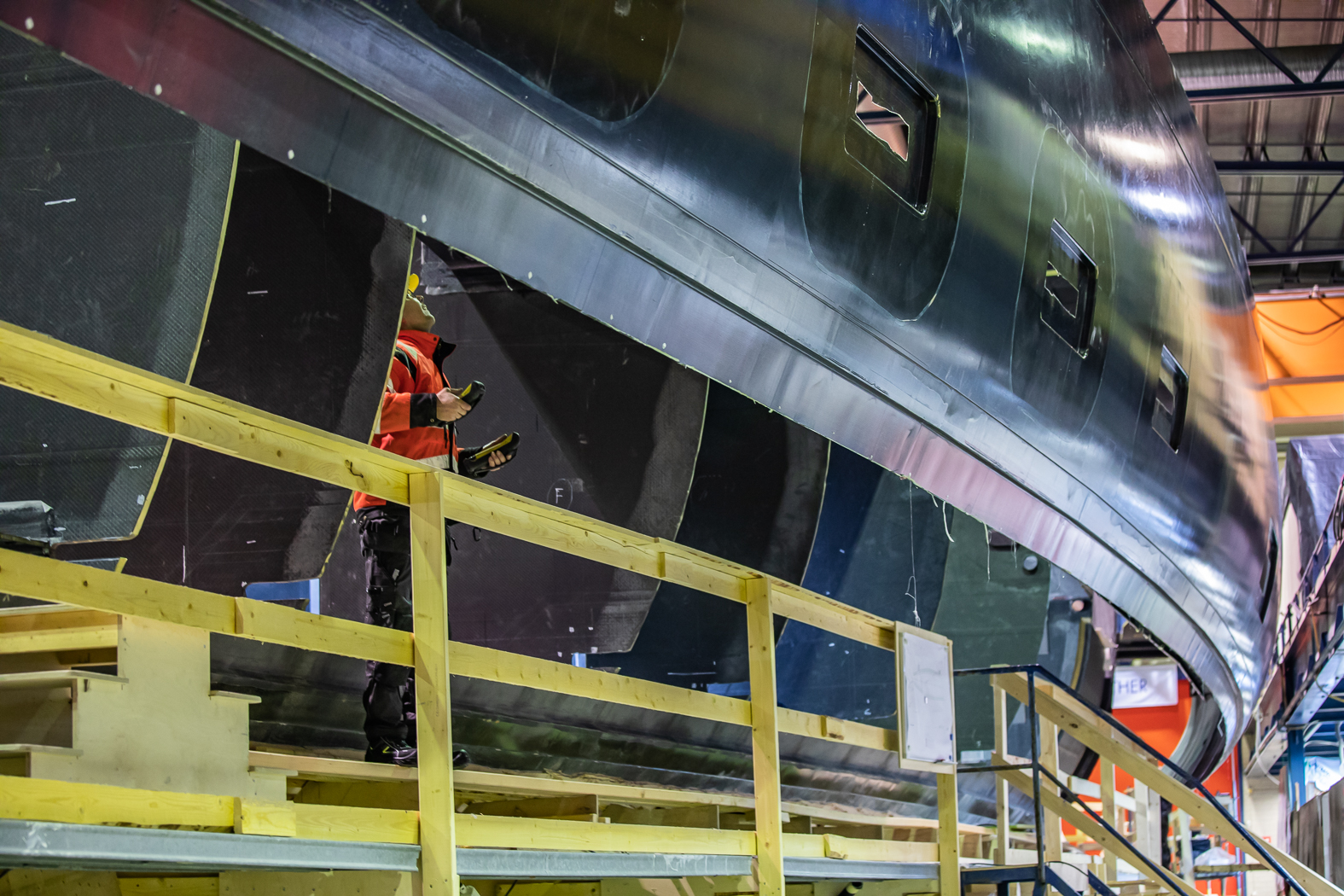 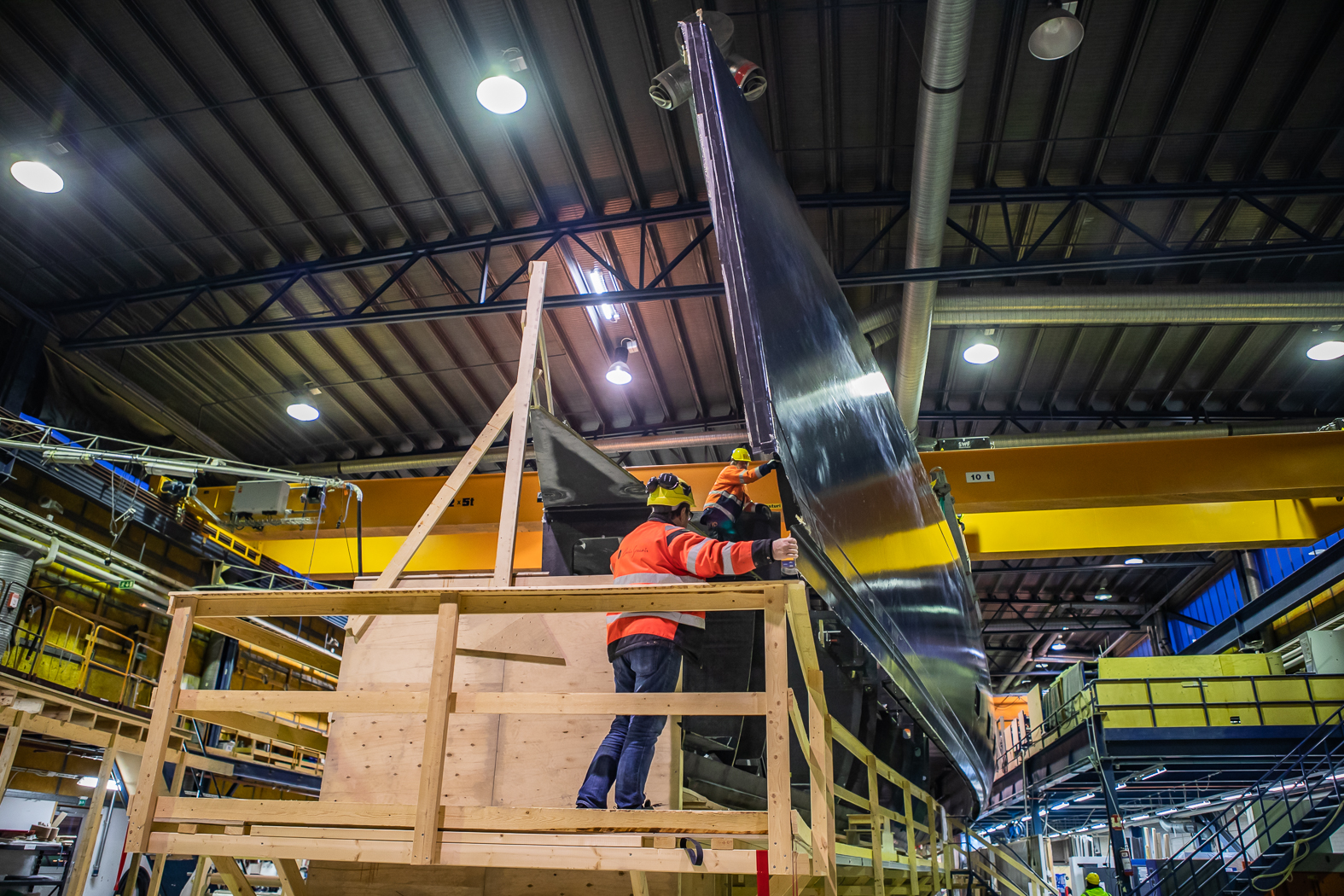 With naval architecture by judel/vrolijk, also responsible for the interior design, the new yacht will feature twin rudders, a lifting keel and a rotating forward facing pull propeller.

She is designed with a spectacular deck saloon the roof of which extends aft over the guest cockpit. The yacht’s twin steering positions are also protected by dedicated biminis. The Baltic 146 Custom is due to launch in the Spring of next year and Baltic Yachts is working closely with A2B Maritime in project managing the build.