An example of one of the models that helped lay the foundations of what Baltic Yachts is today has returned to Jakobstad for a refit.

Favorita was launched in 1989 and is one of the last of 55 Baltic 38s built between 1982 and 1989.  Designed by the late Doug Peterson, the Baltic 38 typified cruiser/racer design of the time, which was still influenced by the International Offshore Racing Rule (IOR).

With her fine bow, narrow stern and more than 7ft 3in/2.21m draft, these masthead yachts were particularly close-winded and fast upwind. Down below she had comfortable accommodation for four in two large double cabins with further berths available in the saloon.

Favorita is back for a refit to include new teak deck, polishing of hull and deck, painting of new waterlines, extensive re-varnishing below, replacing all her hoses, and some plumbing work. The work will take place in our facility in Bosund and Favorita should be ready for re-launch in April 2020.

And while we are on the subject of refits, Head of After Sales, Matthew Lester, based in Palma, Mallorca reports a lot of work underway at our facility at Muelle Viejo within the key STP complex.

A number of yachts are in for work prior to departure for the Caribbean including the newly launched Baltic 112 Liara, Baltic 112 Nilaya, in for new generators, Pink Gin, Baltic 115 Nikata, which is undergoing a refit over the winter, Baltic 147 Visione, Baltic 108 WinWin and motor yachts Bill & Me and Sunny Day. 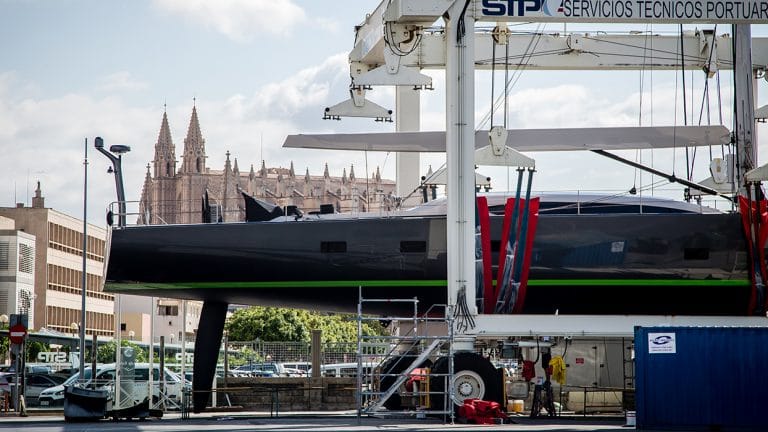