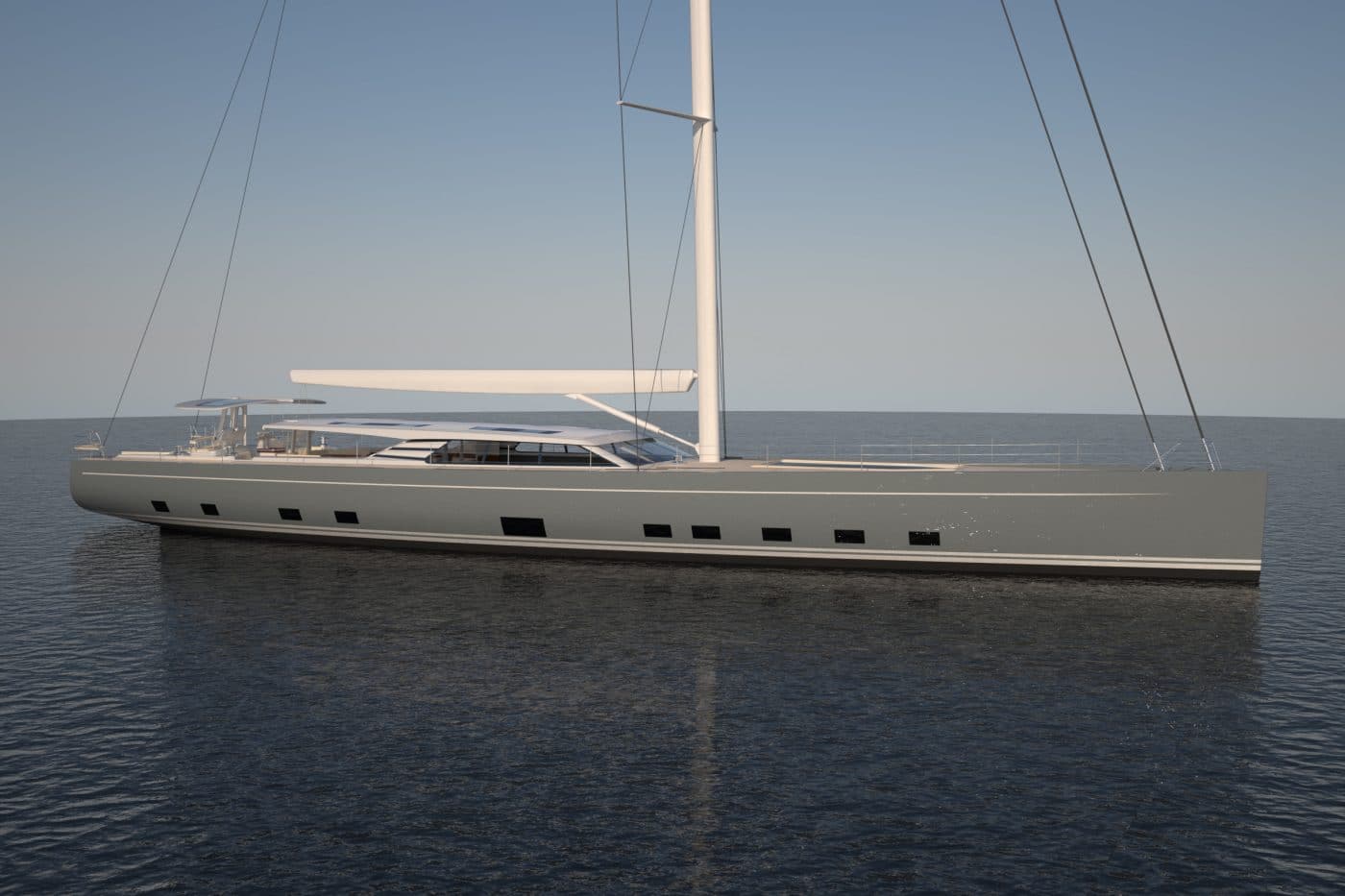 Baltic Yachts is pleased to announce it has won an order to build a new, custom-designed 44.6m lifting keel sloop intended for worldwide bluewater cruising.

With naval architecture by judel/vrolijk & co the new yacht will be built in advanced composites using epoxy SPRINT and pre-preg carbon.

Designed with an owners’ double cabin and three double guest cabins in the mid and forward areas, the yacht will accommodate seven crew in four cabins in the aft quarters.

With a lifting keel reducing draft to just 3.4m (11ft) the yacht is designed with twin rudders. Features on deck include a solid bimini extending from the large deck saloon and another separate bimini over the twin steering positions.

“This is a great opportunity to further develop the high performance, multi-role superyacht for which our design studio and Baltic Yachts have become renowned.”

Other features include a tender well on the foredeck, a fold-over anchor system, a large stern lazarette, captive winches and a 550hp main engine driving a forward facing pull propeller which can be rotated to avoid the need for a stern thruster.

“This will be the third largest yacht by volume built by Baltic and we are relishing the challenge of working on such an important yacht.”

Heading up the owner’s project management will be Sebastian Allebrodt of A2B Maritime Consultants. Production on the new yacht will start 11.2.2019 and delivery is expected to be mid-summer 2021.