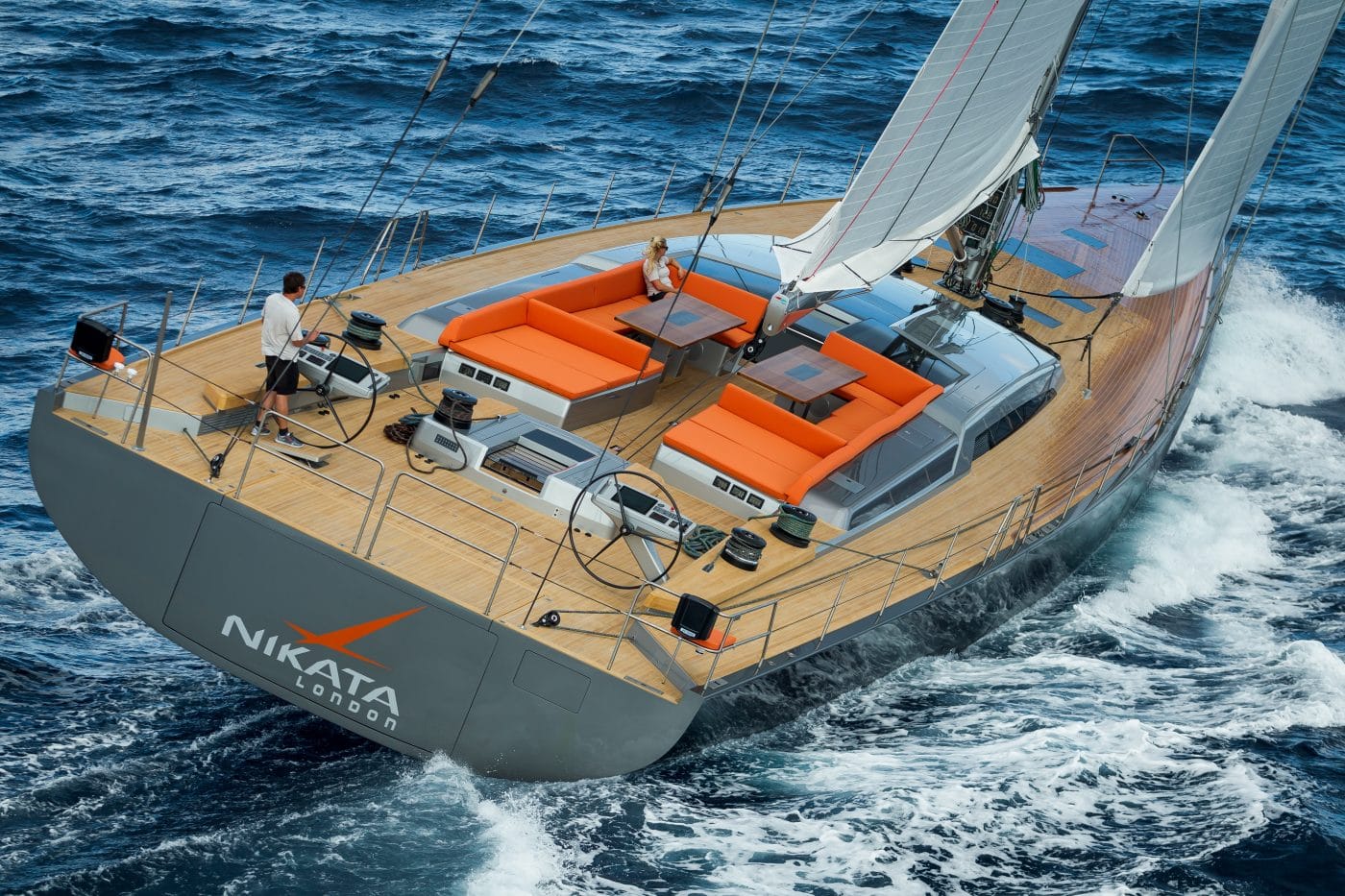 BALTIC NIKATA ON THE PODIUM IN ROLEX MIDDLE SEA RACE

Congratulations to the owner, skipper and crew of Baltic 115 Nikata who have just completed a tough 606-mile Rolex Middle Sea Race, beating the much-fancied Rambler 88 on handicap with provisional results showing a 3rd in both IRC 1 and ORC 1. She was also the third mono-hull to finish. Nikata was the largest yacht ever to take part in the race, which celebrated its 50th anniversary this year. 130 yachts started from Valetta before circumnavigating Sicily eastabout and returning to Malta. Nikata suffered in the light winds in the Strait of Messina in the early stages, but as a weather front approached she really picked up and spent much of the remainder of the race at speeds in excess of 15 knots.

Matthew Lester from Baltic Yachts, who was racing aboard Nikata, described some wild conditions on the final reach into the finish when he saw 42 knots of wind in a squall and 17 knots of boat speed under a full main medium/heavy jib and a staysail.

“As we were preparing to put in a reef we were knocked down ending up with the boom in the water and the boat on her side. Interesting aboard a 115ft superyacht! We made a complete recovery with some minor sail damage and carried on for a great finish. It was so quiet below the off watch hardly knew what had happened,” said Matthew.

Well done for a great recovery!