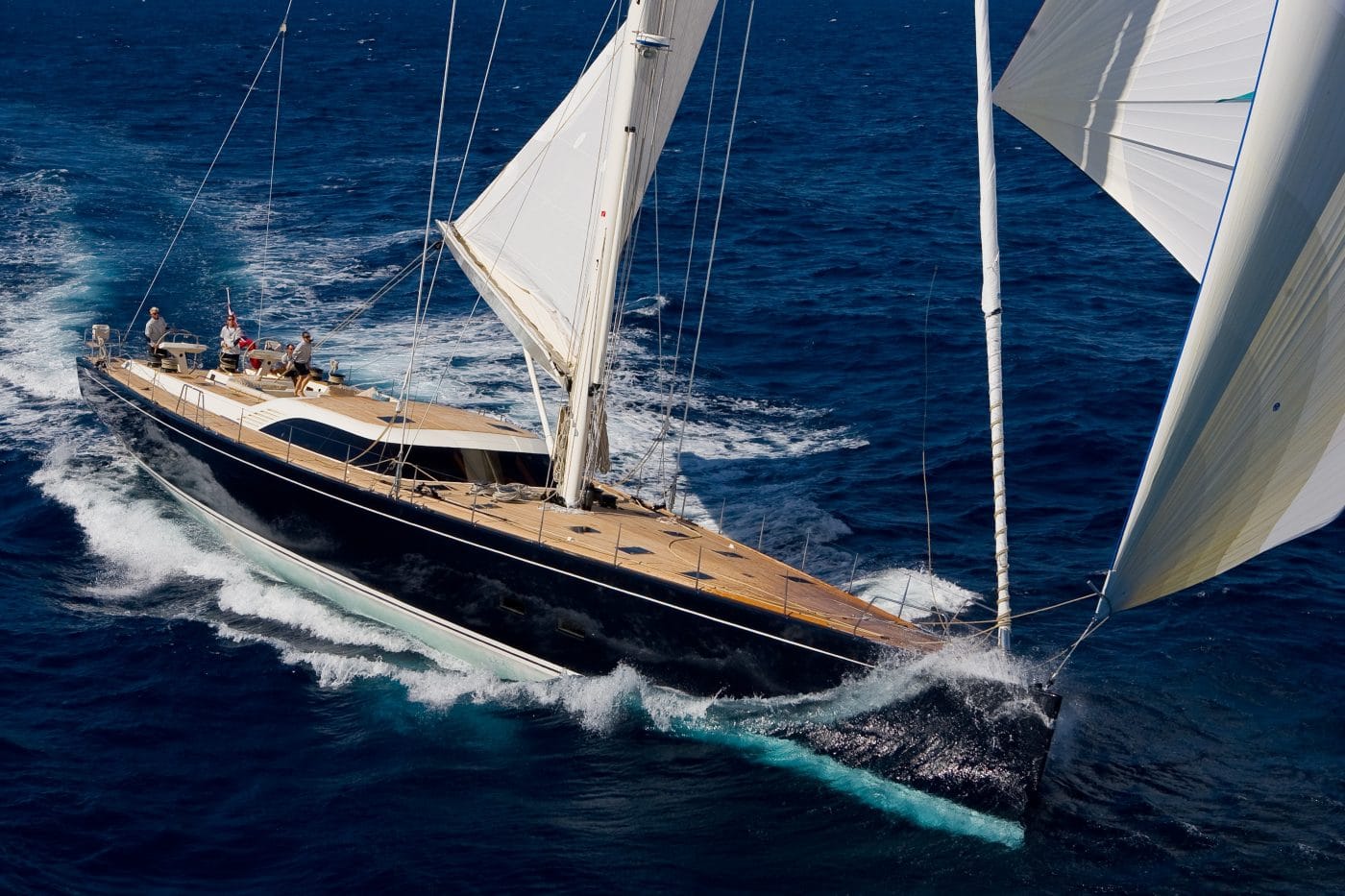 In a dominant display in which she won all three races, the Baltic 112 Nilaya took the 2018 St Barths Bucket Trophy, restricting Baltic 147 Visione to 2nd place in the highly competitive Les Gazelles des Mers class. Unfurled was 3rd.

Visione also won the All Star Crew Award following nominations from each yacht for the most professional service, the best camaraderie, teamwork and respect. As the regatta organisers said: “This is the yacht that everyone wants to work on!” The award was presented by Rybovich.

Twenty six of the world’s finest sailing yachts gathered in St Barths for last week end’s iconic three-day regatta. Nilaya, designed by Reichel Pugh and fresh out of a refit at Baltic’s Palma Service and Refit base, had her work cut out in a very evenly matched class. In race two only 56 seconds separated three of the fastest yachts in the fleet.

Only Whisper in Les Grandes Dames des Mers class was able to match Nilaya’s three straight wins, but the deltas in the Gazelles class meant that Nilaya won the most competitive division and was awarded the Bucket.

The Baltic Family is delighted for the both owner, captain and crew of Nilaya and Visione and sends them our hearty congratulations!